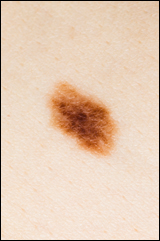 Aspirin, ibuprofen, and naproxen can subdue a pounding headache and ease arthritic aches. Could these and other nonsteroidal anti-inflammatory drugs (NSAID) serve double duty, protecting against skin cancer even while they relieve pain? A new study published online in the journal Cancer suggests they might. But based on the current evidence, cancer prevention alone doesn’t justify downing NSAIDs and potentially exposing yourself to their side effects.

Several studies—not just this one—have investigated NSAIDs for cancer protection. From a biological standpoint, the connection isn’t as surprising as it may seem. These drugs work by combating inflammation, a process that’s long been linked to cancer development. NSAIDs block the effects of cyclooxygenase (COX) enzymes, which not only produce pain and swelling in response to inflammation in the body but also help cancer cells multiply and spread. Past research has highlighted NSAIDs’ ability to protect against breast, prostate, colorectal, and lung cancers when they’re taken regularly. And therein lies the problem.

There’s a reason NSAIDs come wrapped in a warning label cautioning about the risks of stomach bleeding and kidney damage. Using these drugs with any regularity ups your odds of developing these and other side effects.

People in the current study who had a lower risk for squamous cell skin cancer or the deadlier melanoma were taking high doses of prescription NSAIDs, often for several years. Doctors typically recommend against both of these practices. The prevailing recommendation is to take these drugs at the lowest possible dose for the shortest possible time needed to control pain and swelling.

The study only shows an association between taking NSAIDs and getting cancer—it doesn’t prove a cause-effect relationship. It also had major limitations, including that it didn’t account for participants’ lifestyle, exposure to ultraviolet (UV) radiation from the sun, or skin type. “For example, it is possible the high users of NSAIDs were taking the drugs for musculoskeletal and other pain that limited their overall outdoor activity, reducing their exposure to sun, which we know is a risk factor for all three types of skin cancer they were assessing,” says Celeste Robb-Nicholson, an assistant professor of medicine at Harvard Medical School and editor in chief of Harvard Women’s Health Watch.

“I don’t think there is any reason to start taking NSAIDs to reduce skin cancer risk based upon this study, especially considering the adverse effects of NSAIDs on the kidneys and liver,” she adds. More studies are needed to tease out other possible factors that may account for the link between skin cancer and NSAID use.

If you’re already taking NSAIDs to treat arthritis or other aches and pains, you may gain this added benefit, but it’s very important to use these drugs wisely. Follow your doctor’s recommendations, and don’t take more pills than you need to get relief.

Regardless of whether you’re taking NSAIDs, rely on these safer, more proven ways to prevent skin cancer: