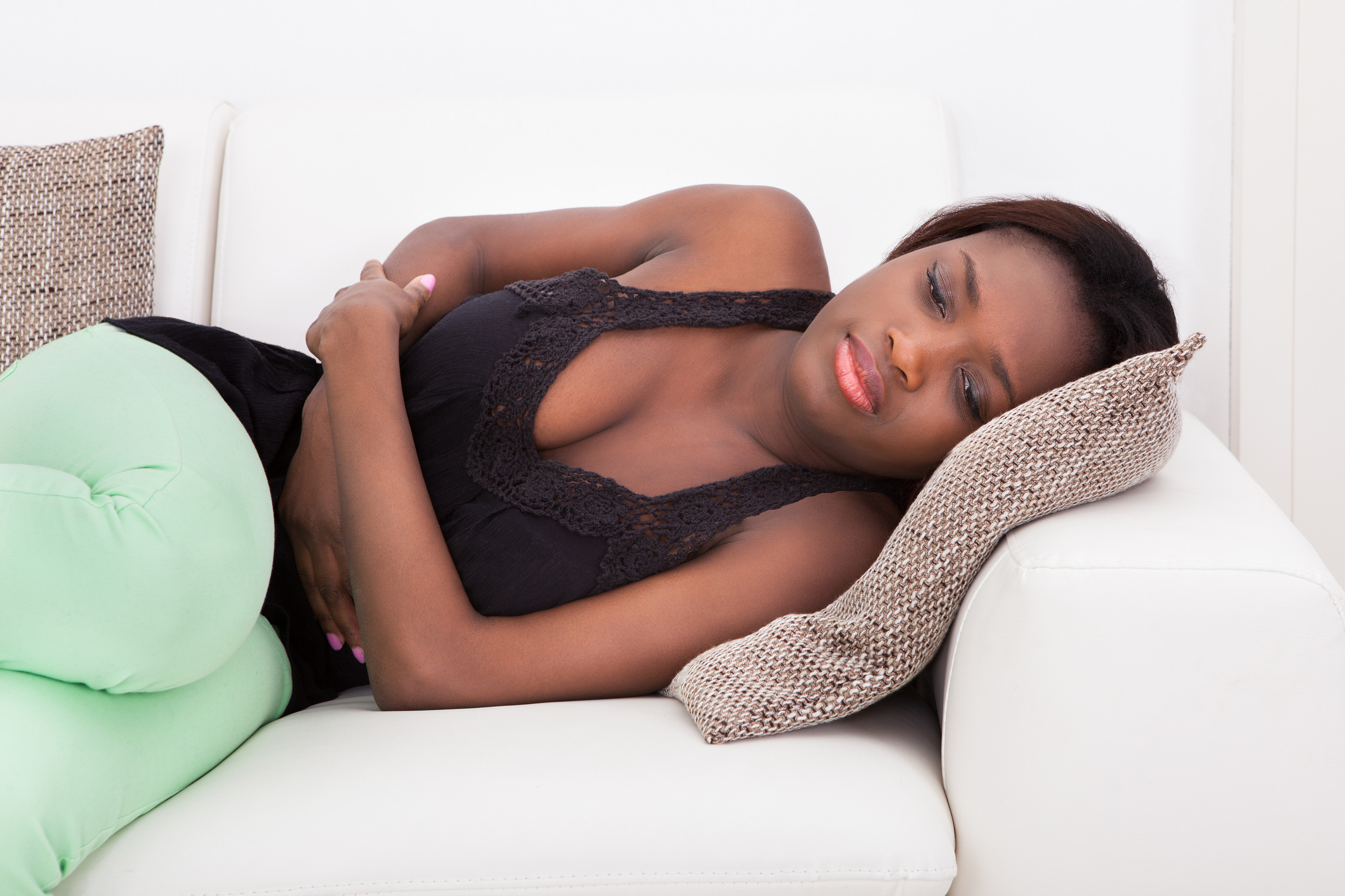 The other night, I sat in a restaurant with a group of girlfriends. We shared laughter, good conversation and some great wine. As I looked around, I realized that we were likely to share something else: uterine fibroids. Of the ten women sitting at the table, there was a good chance that seven of us would have uterine fibroids at some point in our lives.

Fibroids are noncancerous tumors that grow in the uterus. They may be smaller than a seed or bigger than a grapefruit. A woman may have only one fibroid or she may have many. Depending on their size, number, and location, fibroids can cause heavy bleeding and long menstrual periods (which can, in turn, cause anemia), pelvic pain, frequent urination, or constipation. Fibroids can also cause infertility and repeated miscarriages.

Given how common uterine fibroids are, you’d think there would be a lot of research comparing treatment options. In fact, there are only a few randomized trials to guide treatment. In a clinical practice article in today’s New England Journal of Medicine, Dr. Elizabeth A. Stewart, professor of obstetrics and gynecology at the Mayo Clinic, lays out the options and discusses the factors that women and their doctors should consider when making treatment decisions.

First, are the fibroids causing symptoms? If not — which is often the case — no treatment is needed.

Next, what are the symptoms? These can be broadly divided into two categories: heavy menstrual bleeding and “bulk” symptoms. Bulk symptoms, like pelvic pain and frequent urination, are caused by the presence of large fibroids in the abdomen.

“I consider the severity of symptoms and the impact of those symptoms on a woman’s quality of life to be the foundation of treatment decision making,” says Dr. Aaron Styer, an obstetrician-gynecologist at Harvard-affiliated Massachusetts General Hospital. “For example, is the woman missing work, requiring frequent hospitalizations, or missing out on normal, daily life? If so, that information will guide the treatment I recommend.”

Whether a woman would like to have children, her age, and how close she is to menopause can also ninfluence the treatment decision. Once a woman enters menopause, fibroids often shrink or even disappear. But until menopause, they may continue to form or reappear after they are removed.

Removal of the uterus (hysterectomy) is a popular option for women who are done having children. With the uterus gone, new fibroids can’t form. But traditional hysterectomy, in which a surgeon makes a large incision in the abdomen, is major surgery.

In laparascopic hysterectomy, the surgeon removes the uterus through three or four small incisions in the wall of the abdomen. Recovery is quicker and there are usually fewer complications than with a traditional hysterectomy.

Laparascopic hysterectomy has historically been accompanied by a procedure called power morcellation. It uses a device to cut the uterus into fragments so it can be removed through the small incisions. But the FDA recently recommended limiting the use of power morcellation because of the small chance that a woman having surgery to remove fibroids may have undiagnosed uterine cancer. If power morcellation is performed in these women, there is a risk that the procedure will spread the cancer throughout the abdomen and pelvis. This is precisely what happened in the much-publicized case of Dr. Amy Reed, an anesthesiologist at Boston’s Brigham and Women’s Hospital.

Women with heavy bleeding who do not want to have a hysterectomy can turn to both medical and surgical options. Some medications reduce heavy bleeding by helping blood clot. Hormonal birth control works by thinning the endometrium. This is the nutrient-rich lining of the uterus that is shed during a woman’s period. Medications can relieve symptoms, but they don’t treat the underlying problem.

A surgical option to treat heavy bleeding is hysteroscopic myomectomy. In this procedure, a thin tube called an endoscope is passed through the cervix and into the uterus. The fibroid is shaved and removed, but the uterus is left intact. If a woman does not want to have children, she can opt for endometrial ablation. In this procedure, the endometrium is destroyed, often with heat or cold.

When fibroids cause pelvic pain or frequent urination, the goal of treatment is to reduce the size of the fibroids. Medications called GnRH agonists effectively shrink fibroids. However, fibroids grow back once the treatment is stopped, and these drugs are not intended for long-term use.

Myomectomy — this time done through a larger incision in the abdomen — can reduce the size of the fibroids while preserving a woman’s ability to have children. However, fibroids can recur after myomectomy. Another option is uterine artery embolization. This procedure blocks the blood supply to fibroids, causing them to shrink and die. Women are significantly more likely to have a successful pregnancy and delivery after myomectomy than after embolization.

A treatment option that is increasingly being used to treat uterine fibroids is MRI-guided ultrasound surgery. It uses ultrasound waves to shrink fibroids and reduce heavy menstrual bleeding.

Which treatment is right for you?

While there are many treatment options for uterine fibroids, there is no clear winner. That means you and your doctor can choose a treatment based on your preferences and reproductive plans along with other medical considerations.

As you decide, ask your doctor:

While I’m all for the energetic/psycho-spiritual approach fibroids require a more solid strategy in order to resolve… And even then they are typically considered difficult to resolve once having grown beyond 5cm.
Suggestions:
1. Dietary changes can be helpful but serious attention to cleansing the body (especially the liver) must be considered. Dandilion is helpful. Alkaline water a must (I like Kangen water best). For liver cleansing there’s a great product called Smartcleanse worth trying. And please for the love of God stay away from
2. Sodas (insanely acidic). and
3. Drinking anything stored in plastic (Google xenoestrogens)
4. Castor oil packs with organic castor oil
5. Maya Abdominal Therapy
6. Avoid drinking eating a lot of cold foods/drinks (fibroids are considered a “cold’ condition according to Eastern Medicine and should not be exacerbated by intake of cold)

I hope this helps inform and empower…

I have been weighing my options for surgery; but after meeting a 65year old woman at our local hospital who informed me that she was going to have surgery to remove the uterus- I thought it may not be helpful to advise women to ignore surgery after menopause with the idea that the fibroids would shrink.
This woman ignored surgery with a hope that menopause would change things, but the problem did not seem to go away. She attributed that to the size of the fibroids at the time of menopause as possibly having a part to play in this.
Her fibroids did not shrink but they “calcified” (hardened like rock salt)…Well, I am not a medic, so how true is this shrinking of fibroids after menopause?

Have you ever considered the Holistic approach to your health concerns ?
The arena is slowly but surely getting the attention it deserves as the success rate of treatment is rising & rising each year. The spiritual perspective is the only way forward if we will only drop our defences of non-understanding and sceptism. If you would like to know more about the nature of Holistics and treatments available you should talk to a professional that knows what they are doing and not to mention has the understanding of spiritual fundamentals.
Healing is big business and is getting bigger. A good example of this Holistic Healing is called Reiki Healing which focuses on your chakras (energy centres) and balances them. Dramatic healing can take place with this approach like you have never seen. Doctors & Professionals are left in the dark with this when it comes to explanations.
Astara is a professional Reiki Master Healer(maybe you have heard of her already)? If not you can see her range of highly skilled & professional services on offer. If you are looking for an alternative to conventional medicine you really should check her out at http://www.askastara.com

Holistic healing is the future. Holistic healing is now. Good Luck
I really hope you take on board this alternative route to your healing as this is based on the truth. Our body manifests what our mind is occupied with…Check the buddha out, he explains it better than I. 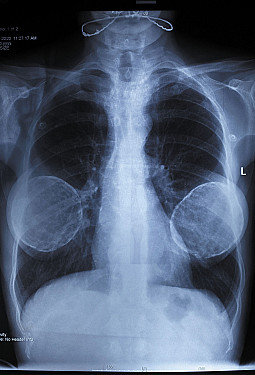 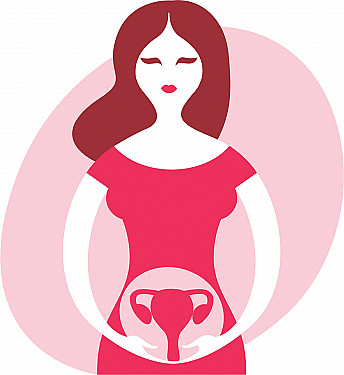