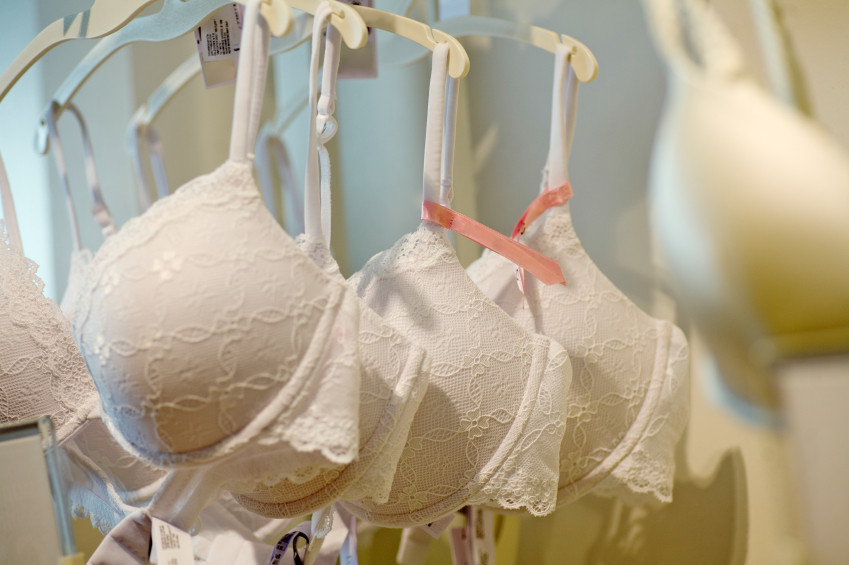 According to a persistent Internet myth, women who wear bras are more likely to develop breast cancer. Not true. A new study published online in the journal Cancer, Epidemiology, Biomarkers, and Prevention found no link between bra use and breast cancer.

No association was seen between risk of either invasive ductal carcinoma or invasive lobular carcinoma and any aspect of bra wearing, including cup size, use of a bra with an underwire, age at first bra use, and average number of hours per day a bra was worn.

Why would anyone think that?

In the United States, most women wear a bra for breast support. Wearing a bra can decrease the strain on Cooper’s suspensory ligaments and reduce back pain. Bra-related breast support reduces the risk of damage to fat tissue in the breast associated with vigorous physical activity, and decreases bothersome pain symptoms in women who are breastfeeding a baby.

Unsubstantiated claims in the lay media have linked bra use as a possible risk factor for breast cancer. How? Constraining breast tissue, so the thinking goes, may harm lymphatic drainage, and with it the removal of waste and toxins from the breast.

Although few well-designed studies on the topic exist, no studies to date have found a link between breast cancer and bra use. The study from Fred Hutchinson researchers shows no connection. Ditto the only earlier study of the subject, from the Harvard School of Public Health.

This may not be the last word on the subject, since the Fred Hutchinson study had some limitations. Interviewing women after they had developed breast cancer can lead to recall bias, particularly with regards to historical data such as the age at which they started wearing a bra. In addition, the study included only women who wore bras. A prospective cohort study that recruited women who do not wear bras and following them over time would be a better way to observe the link — or lack of one — between wearing a bra and breast cancer.

In the meantime, women worried that wearing a bra might cause cancer have one less thing to worry about.

I agree, the cancer occurs due to unhealthy lifestyle and free radicals

The amount of women who instantly take off their bras as soon as they get home speaks volumes about how restrictive bras are rather than helpful. It could actually be argued that a lifetime of wearing bras would weaken the muscles that would have naturally carried the weight of the bras.

Write an article about keep your boobs perky and I’ll stop wearing bras tomorrow. Until then, I NEED my bras to keep my girls in a state of perkiness and stability. Good article.

I think breast cancer concern with eating habit not about the bra.
Wearing bra for daily is ok to support our breast while activities whole day. Then, we can put off bra every time we sleep.
thanks

Bras may not lead to increased incidence of breast cancer (at this point of knowledge and understanding, considering that no real deep research has been conducted so to speak). But ask any woman and you will definitely get replies of lymphatic fluid buildup, cut off circulation. Over a long period of time there is no question that such consistent conditions could lead to issues down the track.

Womens pectoral muscles and tendons in those areas are actually sufficiently, or rather should be sufficiently developed to be able to handle the weight of the breasts. Which is a natural evolutionary structural make up. Ofcourse there will be some women with extremely large breasts or large breasts for their body size. But that does not take away from the fact that most women simply do not need bras…at all. It’s something that conventional and is done because everyone else does it. The amount of women who instantly take off their bras as soon as they get home speaks volumes about how restrictive bras are rather than helpful. It could actually be argued that a lifetime of wearing bras would weaken the muscles that would have naturally carried the weight of the bras…e.g. Imagine keeping your left arm in a sling your whole life, it’s not going to be as strong as your right.

At the end of the day, whether cancerous or not, bras can have health implications and are unneccarily for the vast majority of women who mainly wear them due to convention rather than because they need them.

One may argue that women that get negative symptoms from bras are not wearing the right size. I would also say it’s near impossible to have the right size. First of all womens breast size actually changes throughout the month in response to the fluctuations of hormones. Furthermore a bra that fits perfectly standing up, does not necessarily do so sitting down.

At the end of the day I would just like women to realise bras are not necessarily or needed, they need to be taken off their pedestal.

I would also like to add that breast tissue is mainly fat and a large quantity of lymphatic nodes. And natural movement of breasts (without bras), the bouncing one could say, would actually help to move the lymph fluid around. A point to remember here is that the lymph system relies completely on movement and muscular action for optimal drainage.

I welcome any responses, because at this point I really do believe bras are just useless for most of us.

Thank you, you have made great points, I am glad people like you step in to create a conversation with the “experts”.
There are too many conventions in society, more than what we are sometimes aware of. How about wearing high heels, are they good for our feet, or do we take them off as soon as we are home, too tired, or not drunk enough to carry on wearing them?

About the study design, why did they not selected a group of women who regularly wore a bra against a group of women who regularly did not and then compare the proportion of cancer amongst the groups?
Perhaps they would argue that women that normally do not wear a bra might follow different lifestyle, diet, even avoiding certain conventional hygiene products as well…which could actually lead to a further study of what actually helps preventing.