Ketamine is approved for hard-to-treat depression, but how safe are outpatient ketamine clinics? 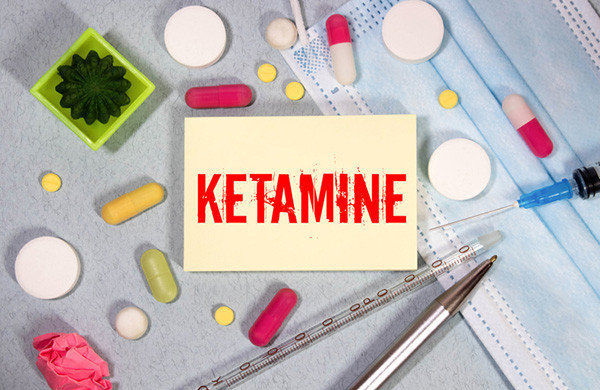 Ketamine is an unusual type of psychedelic drug — called a dissociative — that is undergoing a resurgence in popularity. Originally derived from PCP, or "angel dust," ketamine has been used in hospitals and veterinary clinics as an anesthetic for decades, and has been cited as a drug of misuse under the moniker "special K."

It is the effects that ketamine reliably produces that underlie both its medical and recreational uses: pain control, forgetfulness, intoxication, disassociation, and euphoria. Recently, it has been used more widely due to its approval for treatment-resistant depression (TRD) — that is, severe depression that has not improved via other therapies, including people who are experiencing suicidal thoughts.

Evidence of the benefit of ketamine

A prescription version of ketamine called esketamine (Spravato), given through a nasal spray, was approved in 2019 by the FDA for TRD; however, according to the guidelines, it is only to be used "under the supervision of a health care provider in a certified doctor’s office or clinic." That means medical professionals need to watch you use it, and then follow you after you’ve taken your dose, checking your vital signs and how you are doing clinically.

The effectiveness of ketamine for TRD was first demonstrated for short-term treatment in research that resulted in clinically and statistically significant decreases in depression scores for ketamine versus placebo (In both groups in this study, the patients continued with their regular antidepressants because of concern of not treating TRD in the placebo arm.) Nasal ketamine was shown to have longer-term efficacy, in a study where ketamine (plus the regular antidepressant) helped people stay in stable remission 16 weeks into treatment.

Relief from TRD with ketamine happens rapidly. Instead of waiting for an SSRI to hopefully provide some relief over the course of weeks, people who are suffering under the crushing weight of depression can start to feel the benefits of ketamine within about 40 minutes.

Is ketamine the right treatment for you?

This is a discussion that should include your primary care doctor, your mental health provider, and any other health care professionals who care for you. It’s important to remember that ketamine isn’t a first-option treatment for depression, and it is generally used only when other, more longstanding treatments haven’t been effective. It is not thought to be curative; rather, it improves symptoms for a certain amount of time. It is easier to say who isn’t appropriate for ketamine treatment, based on the side effects.

Should you go to a ketamine clinic for treatment?

Independent, outpatient ketamine clinics are popping up all over the place. It is estimated that there are currently hundreds to thousands of these clinics — almost all of which were established in 2019 when ketamine was approved for TRD. Typically, these clinics are for-profit enterprises that are staffed by some combination of either a psychiatrist or an anesthesiologist (who can administer the infusion), a nurse, a social worker, and (of course) the businesspeople who make it all work.

In writing this piece, I called several ketamine clinics, posing as a patient, to investigate what would be involved in receiving ketamine therapy. Most of them seemed as if they would provide ketamine for me without any major hurdles, after an introductory medical interview by a nurse or a social worker. A few clinics required communication or a diagnosis from my psychiatrist — and this seemed quite sensible.

The clinics operate on a fee-for-service arrangement, so you would pay out of pocket, as insurance rarely covers this treatment. In the Boston area where I live, the ketamine infusions cost about $600 each, and a course of six infusions and a clinical re-evaluation are typically recommended. (I should note that the ketamine clinics affiliated with medical academic institutions seem to have more safeguards in place, and they may also be enrolling people in clinical trials.)

These ketamine clinics raise many questions — namely, what does one look for in a reputable and safe ketamine clinic? Currently, we don’t yet have definitive answers to that question. One wonders if a ketamine infusion, which can cause a profound dissociation from reality, would be better controlled in a hospital setting, where there are protocols for safety in case anything goes wrong. It was unclear (in part because I didn’t actually go through with the therapy) how much communication, if any, there would be between the ketamine clinic staff and your health care providers, and typically the treatments you receive would not be included in your primary electronic medical record.

What are the side effects?

Ketamine is generally considered safe, including for those who are experiencing suicidal ideation (thoughts or plans for suicide). The main side effects are dissociation, intoxication, sedation, high blood pressure, dizziness, headache, blurred vision, anxiety, nausea, and vomiting. Ketamine is avoided or used with extreme caution in the following groups:

More detailed research needs to be done on the longer-term benefits and side effects of ketamine treatment, and on its safety and effectiveness for teens and older adults, as well as for the emerging indications of ketamine therapy for PTSD, OCD, alcohol use disorder, and other mental health conditions.

Finally, there is some concern that, with repeated dosing, ketamine can start to lose its effectiveness and require larger doses to produce the same effect, which is not sustainable.

Ketamine could provide hope for people with serious depression

Serious, treatment-resistant depression can rob people of hope for the future and hope that they will ever feel better. Ketamine can provide help and hope to patients who have not found relief with any other treatments. Given its efficacy in people considering suicide, it is plausible that ketamine may be lifesaving.

As we learn more from research on ketamine and from people’s experiences in newer clinics, we will be better able to answer the questions of ketamine’s longer-term effectiveness and what safeguards are needed for treatment. We may also learn who is most likely to safely benefit from ketamine therapies, and the best method of administration: intravenous infusion, a nasal spray, or a pill.