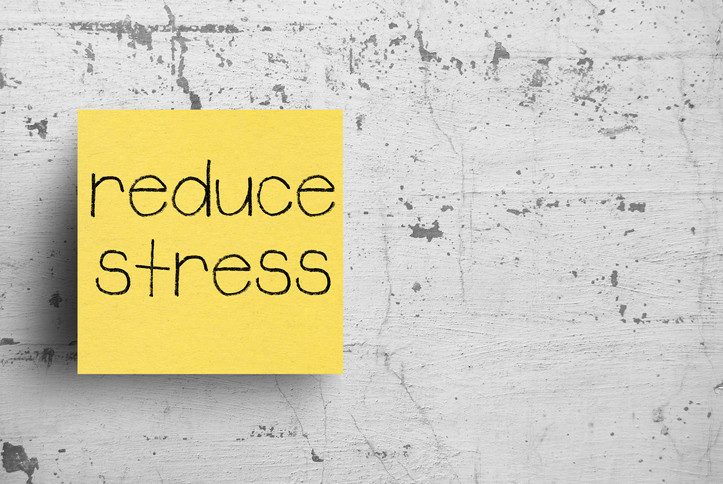 When it comes to your health and quality of life, stress matters. Being unable to dial down stress levels can affect sleep, mood, and appetite. And the long-term effects of chronic stress have been linked to cardiovascular disease, obesity, and Alzheimer’s disease, among other health issues.

Of course, defining stress is tricky. Situations that are stressful for some are exhilarating or barely ruffle feathers for others: as one example, public speaking may be energizing for one person and cause paralyzing anxiety in another.

In recent years, wearable products have promised a host of health benefits, including stress management. One product caught my eye, in part because of how it’s promoted:

A wearable hug, for your not-so-nervous system… silent, soothing vibrations speak to your nervous system, telling you that you’re safe and in control.

Sounds great, right? Okay, I’m not sure what a ‘wearable hug’ is or if that’s something I'd want. But the idea that a person can strap a band onto their wrist or ankle and reverse the effects of stress on their lives is intriguing. I needed to learn more.

Once you strap Apollo Neuro onto your wrist or ankle, this watch-like gadget provides vibrations to the skin. The intensity and frequency of the vibrations vary, depending on the mode chosen by the user. These modes include "energy and wake up," "social and open," "clear and focused," and four others. You don’t wear this device all the time. The instructions suggest intervals of 15 minutes (for meditation and mindfulness) to two hours (for sleep and renew).

Ah, where to begin? The list of ways the Apollo Neuro is supposed to improve your life is long and varied. Here’s a sample of the claims made by its makers:

Want more? Apollo Neuro also claims to strengthen and rebalance your autonomic nervous system and improve heart rate variability. The company says this builds your resilience to stressful situations "so you spend less time in fight-or-flight mode and get more time to rest and digest." Words like renew, rebalance, and rebuild are peppered throughout the pitch.

Why would vibrations applied to your skin help you manage stress? The explanation given is convoluted and, in my opinion, unconvincing. Certain frequencies of vibration are supposed to damp down the energizing fight-or-flight response to stress mounted by the sympathetic nervous system and activate "rest and digest" instructions issued by the parasympathetic nervous system. Heart rate variability (HRV) — the normal slowing down and speeding up of the heart — offers a way to indirectly spotlight which part of the nervous system is active. HRV tends to be lower among people who have an anxiety disorder or trouble sleeping, and those who feel stressed. It tends to be higher in people who are calm and focused. It’s worth noting, though, that medications and heart rhythm disorders can also affect HRV.

Okay, are you still with me? The vibrations delivered by Apollo Neuro are intended to counter the effects of chronic stress by activating the calming parasympathetic nervous system. And based on HRV data collected by Apollo Neuro, their device helps keep the nervous system in a healthier state and, as a result, reduces the harmful effects of chronic stress. As I said, the explanation is convoluted.

To its credit, the website for Apollo Neuro provides more than 50 published articles on chronic stress, heart rate variability, the impact of vibration on the human body, and other topics. Notably, however, none of these studies is about the Apollo Neuro. In fact, it appears that no rigorous, large-scale studies of this device have been published.

Three small studies described on the website describe positive effects for nearly every study subject within minutes of wearing the Apollo Neuro:

Other preliminary studies reportedly show that users achieved deeper states of meditation, improvements in PTSD symptoms, and reduced use of narcotics and sleeping pills.

If the Apollo Neuro was a drug rather than a device, none of the evidence presented would be adequate for FDA approval. These studies do not appear to have been performed by independent researchers, little detail is provided on study subjects or methods, and findings are not published in peer-reviewed medical journals.

Many ways to reduce stress in your life don’t require buying a high-tech device. And while it would be great if such a gadget could safely reduce symptoms and complications of chronic stress, without solid evidence it’s impossible to know whether any of the claims made by the makers of Apollo Neuro are true. In my view, this gadget is like many other healthcare products available for purchase: the marketing has gotten way ahead of the science.