An ad for a new eczema drug leaves some questions unanswered. 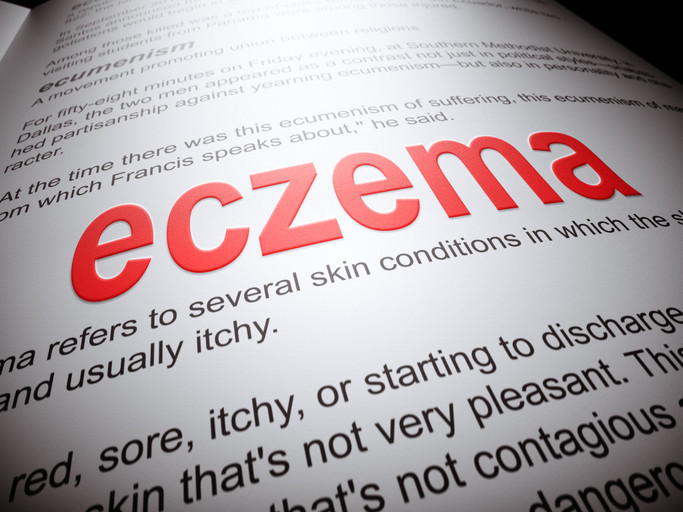 Dry, itchy, reddened skin is the hallmark of eczema. If you have eczema and have seen this ad, you may be wondering about Dupixent (dupilumab). Does this new medicine work as well as it seems to in the ad? Where does the ad hit the mark, and where could it do better?

The medicine only treats one type of eczema

While the ad uses "eczema" and "atopic dermatitis" interchangeably, these conditions aren’t exactly the same. Eczema is an umbrella term that includes:

Atopic dermatitis is the only skin condition for which Dupixent is approved.

Every ad is a sales pitch, whether it uses real people or paid actors. Here we see real people banging on drums in a band, playing piano or trombone, and baking in the kitchen. A voiceover says "With less eczema, you can show more skin. So, roll up those sleeves and help heal your skin from within with Dupixent." The pitch? People with eczema may be embarrassed by it and try to hide it — and effective treatment means you need not keep your skin covered.

We next hear this is "the first treatment of its kind that continuously treats moderate to severe eczema, or atopic dermatitis, even between flare-ups." The viewer sees an outstretched arm with a red rash that clears up over a second or two. Of course, that’s not what happens in real life; it can take weeks to see improvement.

More perplexingly, the voiceover tells us that the drug "…is a biologic, and not a cream or steroid." Perhaps you’re wondering what a "biologic" medicine is. Hold that question for further explanation below. "Many people taking Dupixent saw clear or almost clear skin and had significantly less itch. That’s a difference you can feel."

Side effects, warnings, and a tagline

The warnings may raise eyebrows. "Don’t use if you’re allergic to Dupixent. Serious allergic reactions can occur, including anaphylaxis, which is severe. Tell your doctor about new or worsening eye problems such as eye pain or vision changes, or parasitic infection. If you take asthma medicines, don’t change or stop them without talking to your doctor."

Quickly, though, the ad moves on to a glowing tagline: "So help heal your skin from within" and recommends talking to "your eczema specialist" about Dupixent. That may be difficult: most people with eczema see their primary care physician for it, not a dermatologist.

What the ad gets right

It’s true that people with eczema may try to hide it and that effective therapy may be liberating, allowing them to worry less about others seeing their skin. Dupixent is, indeed, neither a cream nor a steroid, which are older, common treatments for eczema. And, yes, Dupixent is the first treatment of its kind for eczema. It blocks a chemical called interleukin 4 (IL-4), which is thought to play an important role in this skin disease.

What else should you consider if you have atopic dermatitis?

Drug ads exist to sell a product. They should never be your primary source of health and treatment information. For that, look to your own health care providers and other reliable sources of information like the FDA or NIH. Their primary interest is providing accurate information and promoting public health and medication safety, not convincing you to use a particular drug.