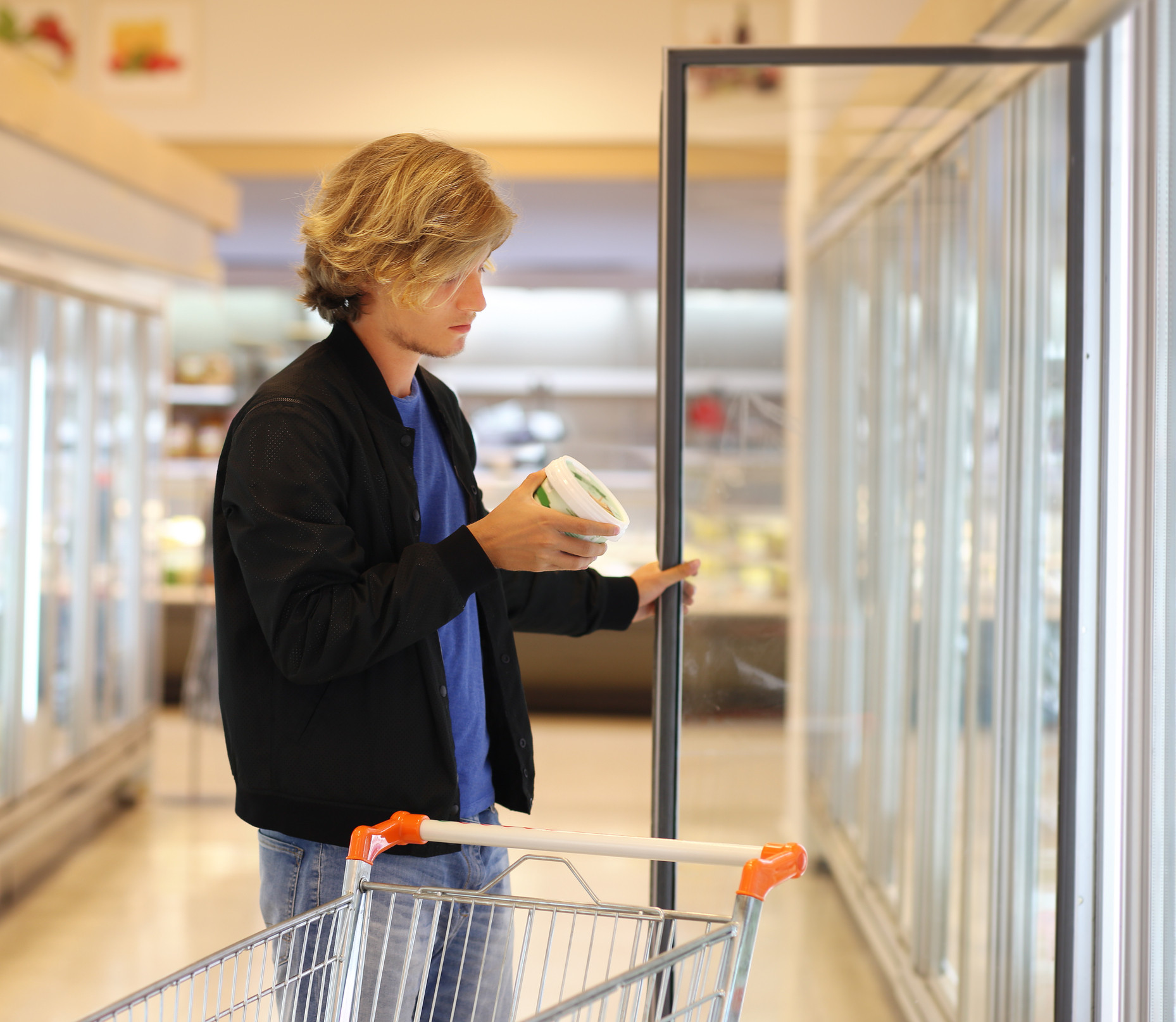 When it’s my turn to go to the grocery store, it takes me forever to make selections. I’m mesmerized by the endless options in every aisle. This week I got tripped up in the ice cream department. Halfway between dark chocolate truffle and coconut caramel swirl, I realized I was caught in a little decision swirl of my own.

There was ice cream, frozen custard, frozen yogurt, sherbet, and gelato. Some treats were full fat, reduced fat, low fat, nonfat, low carbohydrate, or sugar-free. And there was a huge selection of dairy-free frozen desserts. What was in all these colorful packages, and which one would be best?

I reached for a pint of good old low-fat chocolate ice cream and resolved to find out more later. Here’s what I’ve learned since digging into research (and dessert).

The most important ingredient in ice cream is milk fat (cream). The FDA requires a product to contain at least 10% milk fat to be called ice cream. Other ingredients include milk proteins; sugar; stabilizers and emulsifiers (lecithin and mono- and diglycerides) to make ice cream smooth; flavor; fruits, nuts, or chunks of other goodies (like brownie pieces); and lots of air to keep ice cream from becoming a solid frozen rock of ingredients.

The selection of dairy-free frozen desserts has exploded in the past decade. These products mimic ice cream by using non-dairy milks (like almond milk, coconut milk, soy milk, or cashew milk) and proteins (like soy or pea protein).

How do dairy-free “ice creams” get their creamy texture? Some nut milks (coconut and cashew, for instance) are high in fat, a natural thickener. When using milks that are lower in fat, like almond milk, food makers must add other fats, such as coconut oil, cocoa butter, or avocado oil.

Is one frozen treat healthier than another?

A dairy-free option isn’t necessarily healthier. For example, a half cup of SO Delicious Creamy Chocolate Cashewmilk Dairy-Free Frozen Dessert contains 160 calories, 10 grams of fat, and 16 grams of sugar. Plus, it has twice the sodium — 105 milligrams (mg) — as the plain Breyer’s ice cream (55 mg).

“If you’re a vegetarian or lactose intolerant, that may be a tradeoff you’re willing to make. Otherwise, dairy-free may not be the best choice,” says Teresa Fung, adjunct professor in the nutrition department at the Harvard T.H. Chan School of Public Health.

When you want to indulge

Look at the Nutrition Facts label and the ingredient list before selecting your frozen treat. “If you see a dessert that’s free of one ingredient — like fat — it may be higher in other ingredients — like sugar, thickeners, or emulsifiers — to compensate,” Fung warns. She recommends looking for the shortest ingredient list possible (the fewer additives, the better), and aiming for the lowest amounts of sugar, fat, calories, and sodium.

While following guidelines and looking at labels does take a little extra effort, it’s not hard to find both ice cream and non-dairy desserts that check all the boxes.

I’ve since found a few brands and flavors that work for our family, and I can breeze down the ice cream aisle like a seasoned pro. Now I’ll have to hone my skills in the rest of the grocery store!