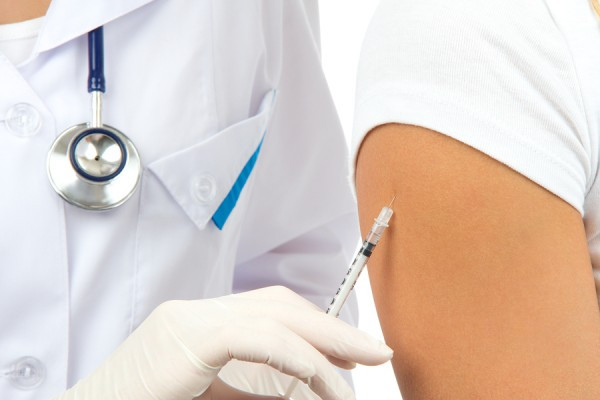 Ever since the winter of 2003, when my husband came down with nasty case of the flu that led to a three-week bout of walking pneumonia, he’s been religious about getting a flu shot each fall. But the benefits he gains may go beyond warding off respiratory-related problems.

A study published in today’s Journal of the American Medical Association finds that getting the influenza vaccine lowers a person’s odds of a having heart attack, stroke, heart failure, or other major cardiac event—including death—by about a third over the following year.

What’s the connection between flu and cardiovascular problems? “When you get the flu, your body mounts an impressive immune response, which causes a lot of inflammation. As a result, the plaque inside your blood vessels can become unstable, which can lead to blockage and a possible heart attack or stroke,” says study leader Jacob Udell, MD, a cardiologist at Women’s College Hospital in Toronto and a clinician-scientist at the University of Toronto.

Changes in the lungs wrought by the flu virus can lower blood oxygen levels, which makes the heart work harder. The virus can also directly injure heart muscle cells, leading to heart failure or making it worse.

Udell and colleagues pooled data from six clinical trials involving more than 6,700 people. Their average age was 67. About one-third had heart disease; the rest did not. Overall, those who had been vaccinated against the flu had a 36% lower risk of a having major cardiac event during the following year. And for those who had recently had a heart attack, a flu shot cut the risk of heart attack or stroke even further.

Dr. Udell cautions that the safety and effectiveness of an influenza vaccine to lower the risk of heart attack or stroke still needs to be confirmed with a large clinic trial, which he’s currently planning. If the findings hold true, “we may be able to tell patients that by getting your flu shot, it might save your life—what a simple and significant way to reduce deaths and the burden on our healthcare system,” says Dr. Udell.

Experts recommend a flu shot for everyone six months of age and older. It is especially important for those who face the highest risk of complications: young children; adults over age 50; those of all ages with serious health conditions such as cardiovascular disease, asthma or other lung disease, liver or kidney disease, or diabetes; and those who care for young children or other individuals at high risk of flu complications.

Yet more than half of people younger than 65 with serious health conditions skip an annual flu shot, as do about a third of all people older than 65.

Compared to other heart-healthy habits like exercise and healthy eating, getting a yearly flu shot is pretty low effort. Even if you’re young and at low risk of heart disease, why not do what you can to avoid the aches, fever, and fatigue of the flu?

In addition to protecting yourself from an infectious disease, immunization also helps protect those who aren’t through what is known as herd immunity. The more people who are immunized, the fewer who will be carrying the infectious agent, and the smaller the odds that someone who isn’t immunized or resistant will come into contact with it. Check out this video of how herd immunity works.

My husband is fortunate: His workplace offers free, on-site flu shots. I’ll be taking my daughter to her pediatrician next week for a dose of the nasal spray version of the vaccine—a good option for the needle-phobic, but only if you’re under 50, as some research suggests it’s less effective in older people than the shot. As for me, I’ll be rolling up my sleeve at my local CVS. To find out where you can get a flu shot, see this handy map from the Centers for Disease Control and Prevention.

If you haven’t gotten yours yet, do it soon: Outbreaks have happened as early as October in some years, although the season typically peaks in January or later.

You might wish to read this. Yes you are right there were some defective batches by Glaxo Smith that may have kille a child.

On 10/26/13 I got a sore throat and a dry, painful cough. By that evening I had a fever of 102, a tremendous headache and body aches. The fever has recurred over the last 4 days and I am exhausted. These symptoms are exactly like the (confirmed) flu I had 18 years ago. I’ve had a flu vaccine every year since then, having vowed not to ever let that happen again. I’ve always made sure I got my vaccine before Halloween and my intent had been to get it on the very day I became sick. I guess next year I’ll be sure to get the vaccine earlier!