Discovery reverses aging of mouse hearts—could it work in humans, too? 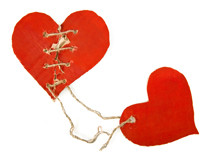 Every living thing is constantly aging. It seems universal and inevitable—a law of nature. Just look in the mirror, or check out your family and friends.

Yet in the past decade, a remarkable series of experiments from laboratories all over the world has begun to challenge that “law.” In both simple animals like worms and in more complicated animals like mice, scientists are discovering what causes aging—and how to slow it. The life spans of several simple animals have been extended greatly by simple biological manipulations. More important, during that extra time alive, the animals remain quite strong and fertile.

The latest example of such aging research was just reported in the prestigious scientific journal Cell by two of my Harvard Medical School colleagues. Cardiologist Richard T. Lee (co-editor in chief of the Harvard Heart Letter) and stem cell biologist Amy Wagers and their teams have found a substance that rejuvenates aging hearts in mice. (You can see a video of the researchers discussing their work below.) The discovery could someday lead to a treatment that prevents or reverses the most common kind of heart failure in humans: age-related diastolic dysfunction. There is currently no specific treatment that prevents or reverses this condition.

In diastolic dysfunction, the heart muscle becomes thicker and stiffer. As a result, when blood enters the heart, its muscular walls can’t stretch enough to accept all the blood flowing into it. That means the heart pumps less blood with each beat, making it difficult to circulate blood to every cell in the body. Blood backs up into the lungs, causing difficulty breathing. It also backs up into the rest of the body, causing fatigue and swelling, particularly in the legs and feet. That’s heart failure.

Mice have a similar condition. It develops as the animals get older, just like it does in humans. The team led by Lee and Wagers wondered if something was present in the blood of young mice that kept the heart young. To pursue that possibility, they joined the circulation of an old mouse to that of a young mouse. As a result, the two animals shared the same blood. After 4 weeks, the thickened and stiff heart muscle of the old mouse became dramatically thinner and more flexible.

In other words, it looked like Lee and Wagers’ hunch was right: some substance was present in the blood of young mice that rejuvenates the heart muscle of old mice. Most likely, that substance had been in the blood of the old mice when they were younger, but had decreased as the mice aged.

The team then identified a substance called growth differentiation factor 11 (GDF11) as a good candidate to be the “anti-aging” substance: it was at high levels in the blood of young mice but not old mice. To prove its role, Lee and Wagers gave old mice enough GDF11 so they had the same blood levels of it as young mice. Again, the thickened, stiff heart muscle of the old mice became rejuvenated. So at least in mice, a common kind of aging of the heart could be reversed by a particular anti-aging substance.

Will this discovery in mice offer any help to humans with heart failure? It will take a lot more research to know. It may not work in humans the way it works in mice. It may work in humans, but cause unacceptable side effects. Any beneficial effects might not last.

On the other hand, it also is possible that this substance has anti-aging effects in more organs than just the heart—and not only in mice, but maybe also in humans. So the discovery could have even greater potential than it now appears.

For me, what is important about this study is not whether it will help human health: we just can’t know if it will until much more research is performed.

What I find important is that the work by Lee and Wagers, like a number of studies before it, reveals a remarkable new truth: there are substances naturally present in all living things that cause aging and that retard it. In other words, aging is not a mystical process. Aging is chemistry. By understanding that chemistry, we may someday be able to slow aging.

Yes!I hope this information facilitate for people and me.
Thanks for sharing informative
information.

In order for you to have optimal general health, you need to have ample Vitamin C in the body. Also known as ascorbic acid, Vitamin C is a known antioxidant that provides countless of benefits for the body. Aside from helping boost the immune system, this substance can also enhance the body’s absorption of iron from vegetables and other plant foods

Looking forward to a great conclusion for this test. Hope that humans can retain youthfulness longer.

Sounds promising – but since that substance regulates cell differentiation, there may be a downside – possible cancer.

If this research works that would be really helpful to human.