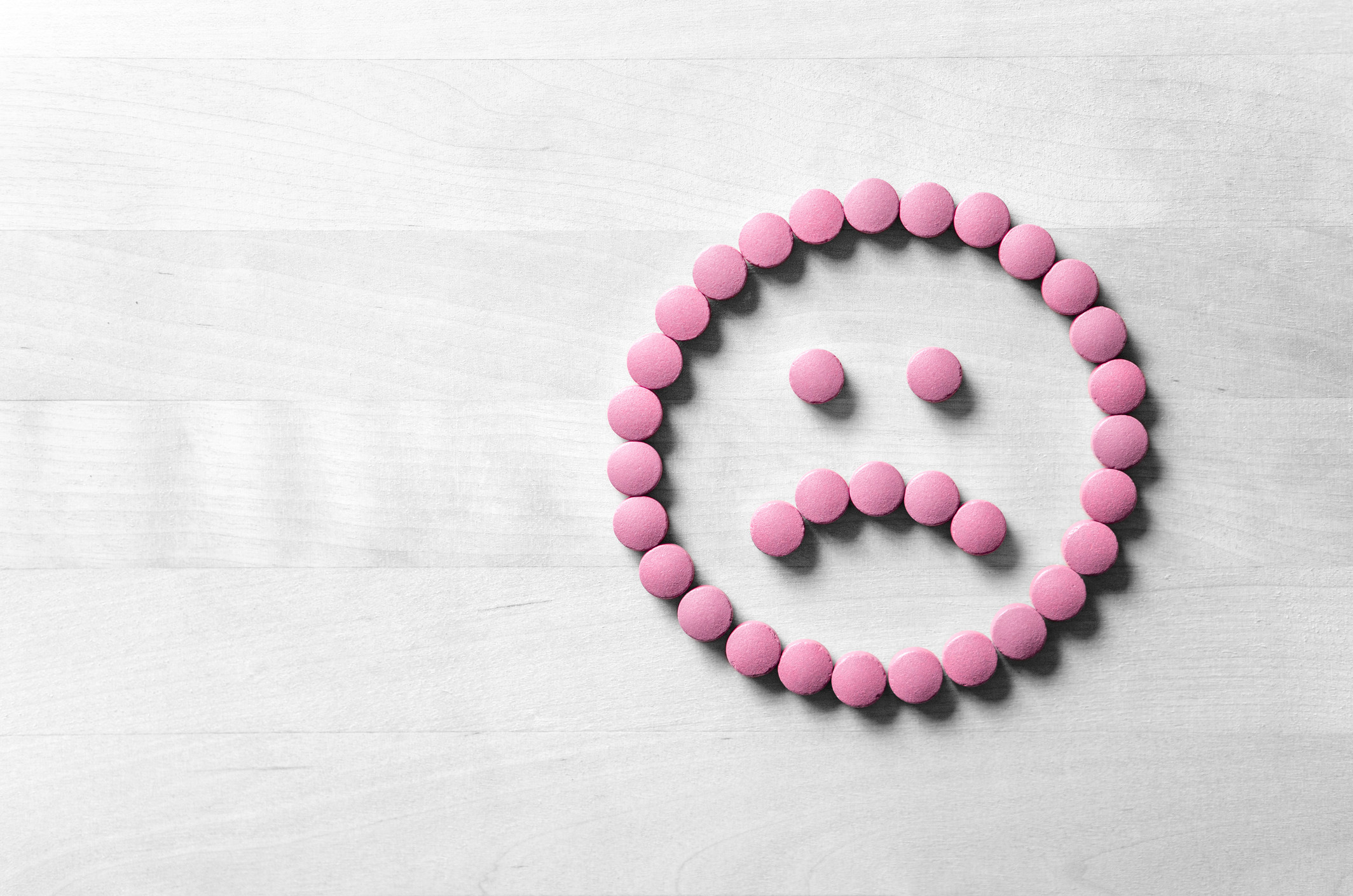 Do you take medication for acid reflux, allergies, anxiety, birth control, blood pressure, or pain? If so, depression or suicidal thoughts may be listed as a side effect, and those side effects may occur far more often than we realized.

At risk of depression and suicide

A recent study published in JAMA found that people who take medications with depression or suicidal thoughts listed as a side effect are, in fact, more likely to be depressed or suicidal. Researchers looked at data collected between 2005 and 2014 from the large and ongoing National Health and Nutrition Examination Survey, conducted by the US government. This included responses from a nine-item depression and suicidality questionnaire.

Likelihood of depression from medication

Also interesting were the findings when the analysis was limited only to people taking antidepressants. Just like everyone else, the more medications with depression as a side effect they took, the higher their risk of depression. So, for people on an antidepressant who took no medications with depression as a possible side effect, the risk of depression was 14%, for one it was 18%, for two it was 27.5%, and for three or more it was 28%.

Medications with depression as a side effect

What are the medications with depression as a side effect? These were among the most common ones listed:

This study is especially thought-provoking, given that more and more people are taking medications with depression or suicidal thoughts as possible side effects. The CDC just released updated data showing a troubling recent rise in suicide rates, and that 54% of those who die from suicide do not have a known mental health disorder, so this is an important public health issue.

That said, it is important to note: in this study, people who used these medications were more likely to be widowed and have chronic health problems, both of which are associated with a higher risk of depression. And many (but not all) of these medications are often prescribed to treat symptoms associated with existing depression, such as anxiety, insomnia, pain, and even acid reflux (chronic stress can cause acid reflux).

The next step is to run a study where people are randomly assigned to take these medications, or alternate ones without depression as a side effect, and then follow them over time to see what happens. That’s a randomized, controlled, clinical trial, the gold standard in research studies.

While we’re waiting for that to happen, if you’re suffering from depression, and you’re also taking any of these listed medications, then you may want to consider talking to your doctor about switching to something else for a while, and see if your mood improves.