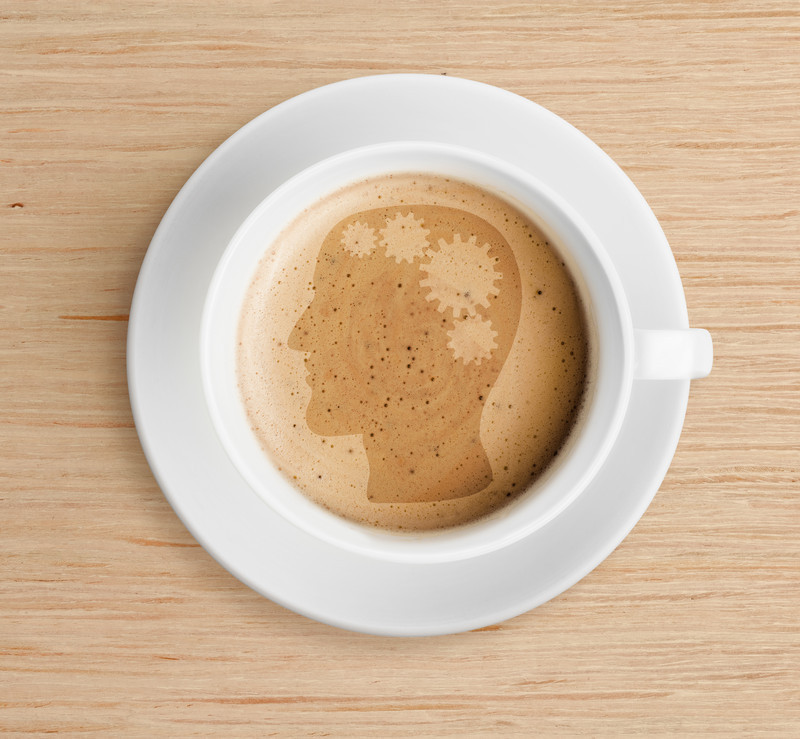 I’m not much use behind the keyboard until I’ve had my morning cup of coffee. And I’m far from the only American who needs a little java jolt to get their day going.

If a study published in this month’s Journal of Nutrition is any indication, the caffeine in coffee might offer not just a momentary mental boost but also longer-term effects on thinking skills. Having an alcoholic drink a day might also benefit our mental performance, but the line between just right and too much is uncertain. An even better strategy for maintaining memory and thinking skills with age may be to eat a healthy diet.

In the study, researchers from the National Institute on Aging compared scores on various tests of thinking skills and memory with caffeine, alcohol, and nutrient intake in 727 men and women taking part in the Baltimore Longitudinal Study of Aging. Over all, participants who ranked high on the healthy diet scale did better on 10 tests of memory than those with lower diet scores. The same held true for those who took in more caffeine. The effects for moderate alcohol drinking were mixed.

The reason you get a quick wakeup call after chugging a mug of coffee has to do with the way caffeine tricks your brain. Not only is caffeine a brain stimulant, but it also blocks receptors for a chemical called adenosine, which normally prevents the release of excitatory brain chemicals. With adenosine out of the way, these brain-sparking chemicals can flow more freely—giving you a surge of energy and potentially improving mental performance and slowing age-related mental decline.

The Journal of Nutrition study isn’t the last word on the subject of caffeine and memory. It showed that people—particularly those who were ages 70 and over—who took in more caffeine scored better on tests of mental function, but not on memory tests or other measures of mental ability.

Drink to your cognitive health?

When it comes to alcohol, its effects on memory and thinking skills may depend on how they are measured and how much you’re drinking. In this study, moderate alcohol use appeared to improve working memory and attention—especially in women and in those ages 70 and over. But those benefits could come at the expense of declines in skills like executive function and global thinking.

Excessive drinking, defined as more than two drinks a day for men or more than one a day for women, is known to harm the brain. Over time, excessive drinking can cause everything from short-term memory lapses to more permanent problems. Any benefits from alcohol seen in the Journal of Nutrition study came from moderate drinking.

The study also looked at the connection between diet and mental performance. People who ate foods with plenty of healthful nutrients had better attention and memory than participant with poorer diets. A healthy diet was also linked to good thinking skills in women and participants under age 70. In particular, foods that are part of the Mediterranean diet—fruits, vegetables, nuts, fish, olive oil, and whole grains—show promise for preserving memory and preventing Alzheimer’s and other forms of dementia.

A recipe for maintaining memory

This study is just one of many linking healthy eating habits with maintaining memory and thinking skills into old age. Continuing a healthy diet, or switching to one, makes sense on many levels. It probably is good for your brain, and it’s definitely good for your heart, bones, muscles, and overall health.

As for caffeine? There’s no evidence yet that you need to start drinking coffee or tea to protect your brain. If you like drinking caffeinated beverages, enjoy them. But keep in mind that adding lots of sugar or cream, or getting caffeine via sugar-sweetened soda, may counter any benefits.

What about alcohol? If you enjoy drinking alcohol, keep it moderate—or less. As the researchers write, “alcohol has potentially deleterious effects over time with lower intake being a better choice than moderate intake.”