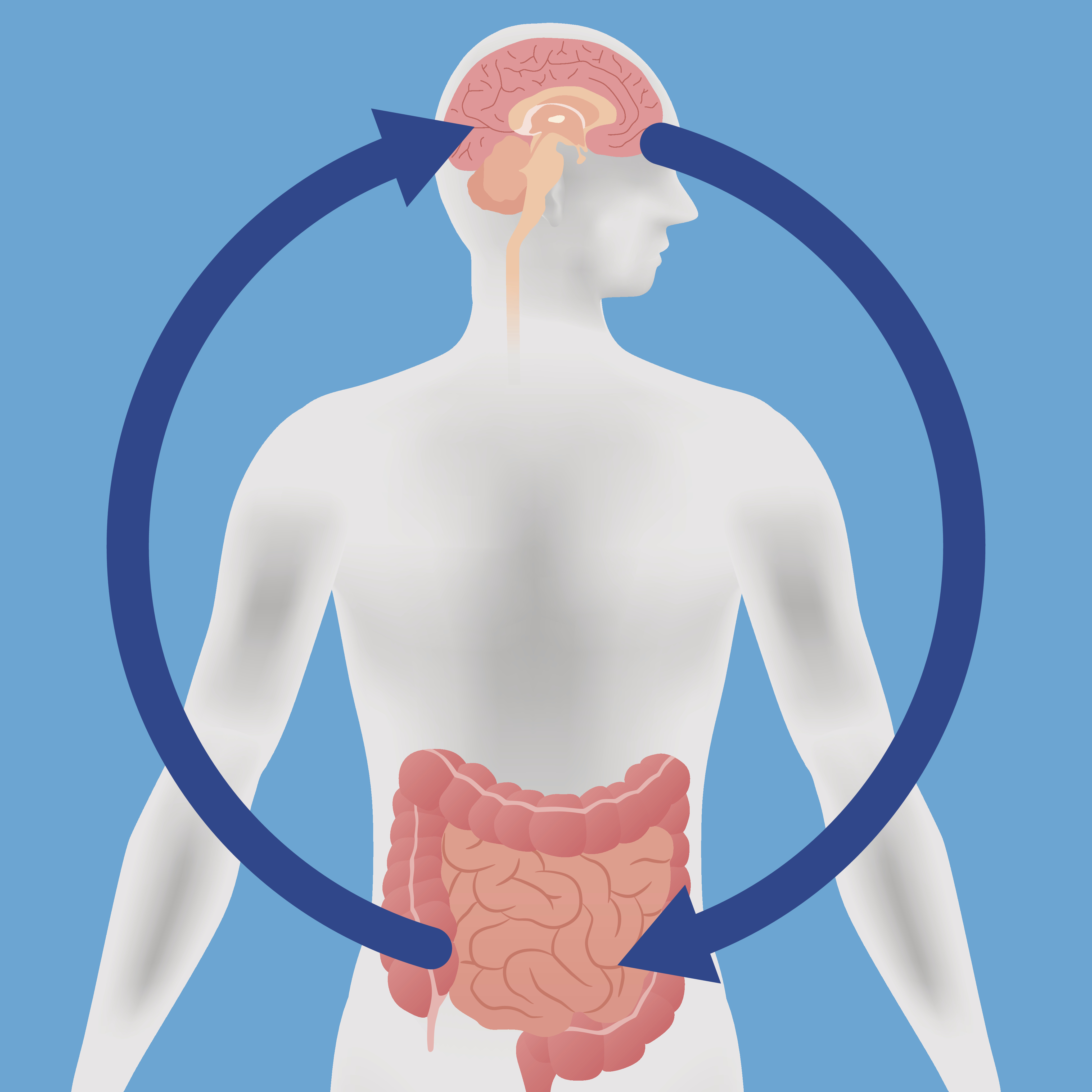 Anatomy of the brain-gut connection

The enteric nervous system is also intimately interconnected with millions of immune cells. These cells survey the digestive system and convey information, such as whether the stomach is bloated or whether there is infection in the GI tract or insufficient blood flow, back to the brain. Thus, the brain and GI system communicate with one another in both directions.

Effects of stress and negative emotions on the gut

Because of this strong brain-gut connection, stress and a variety of negative emotions such as anxiety, sadness, depression, fear, and anger can all affect the GI system. These triggers can speed up or slow down the movements of the GI tract and the contents within it; make the digestive system overly sensitive to bloating and other pain signals; make it easier for bacteria to cross the gut lining and activate the immune system; increase inflammation in the gut; and change the gut microbiota (the types of bacteria that reside in the gut). That’s why stress and strong emotions can contribute to or worsen a variety of GI conditions such as inflammatory bowel disease (Crohn’s disease and ulcerative colitis), irritable bowel syndrome (IBS), gastroesophageal reflux disease (GERD), and food allergies and sensitivities.

The negative changes in the GI system can then feed back on the brain, creating a vicious cycle. For example, new research is demonstrating that increased gut inflammation and changes in the gut microbiome can have profound effects throughout the body and contribute to fatigue, cardiovascular disease, and depression.

Given this strong mind-body/brain-gut connection, it should come as no surprise that mind-body tools such as meditation, mindfulness, breathing exercises, yoga, and gut-directed hypnotherapy have all been shown to help improve GI symptoms, improve mood, and decrease anxiety. They decrease the body’s stress response by dampening the sympathetic nervous system, enhancing the parasympathetic response, and decreasing inflammation.

We’ve also learned that certain kinds of foods can trigger specific reactions in the gut of sensitive individuals. In those cases, specific diets, such as low-FODMAP for IBS or avoiding acidic foods for GERD, can be helpful for managing symptoms. Diet also profoundly affects the gut microbiome. For example, eating a more plant-based diet with few refined carbohydrates and little or no red meat often leads to a healthier microbiome. These dietary changes in turn reduce intestinal inflammation and may help reduce systemic symptoms such as fatigue or depression and the risk of cardiovascular disease.

Although each person’s situation is unique, I often find a combination of integrative approaches can be helpful for reducing GI symptoms and reestablishing both a healthy gut and a healthy mind.