Bad flu season predicted — did you get your shot? 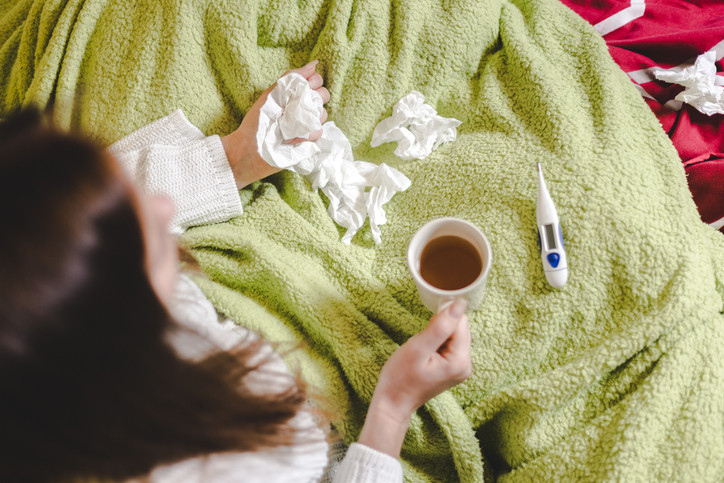 What can we expect from the flu season this year? Unfortunately, many experts are predicting an active, and possibly severe, flu season. This projection is based on data from Australia, where the flu season is just wrapping up. Australia was hit early and hard by flu this year: over 300,000 patients had laboratory-confirmed influenza, a record number of cases. Flu outbreaks in the Southern Hemisphere happen during our summers, and they often give us a clue as to what we should expect when the flu lands on our shores in the fall.

Who should get the flu vaccine?

Basically, everybody over the age of 6 months, except for those who have had a life-threatening reaction to a flu shot in the past, should get it. People with egg allergies will likely be able to receive a newer version of the flu vaccine, as described below.

It is especially important to get vaccinated if you are in a high-risk group for developing life-threatening complications from the flu. This includes

Most people who are hospitalized with influenza have one or more of these risk factors.

When to get the flu vaccine

If you haven’t gotten your flu shot yet, now is the perfect time — that is, around the end of October and the beginning of November. We now think that getting the flu shot very early in the season may be a mistake, as immunity may fade when flu season is at its peak in January and February. Waiting until later may also be a mistake, as flu sometimes peaks earlier than we expect.

What type of vaccine is right for you?

There are several options for flu vaccines. Most are quadrivalent: they protect against two strains of influenza A and two strains of influenza B. There are different processes for growing the viruses to make the flu vaccine: egg-based, cell-based, or recombinant (see below). People allergic to eggs should avoid egg-based vaccines. If you’re older or have chronic illnesses, ask your doctor which vaccine is best for you.

Protection with the flu vaccine varies from 30% to 60%, depending on the match between the vaccine and the major circulating flu strains. Because vaccine manufacturing has a lag time of several months, there is always the possibility that the virus-vaccine match may be somewhat off by the time flu season rolls around. But even when the match is not perfect, flu vaccine still reduces the risk of severe illness and death.

What else can you do to protect against flu?

Other measures to protect yourself and others against flu include

Consider using a humidifier in your home, as well. Flu virus is able to survive longer in dry conditions, which is one of the reasons why flu outbreaks occur mainly in the winter.