Aspirin and bone health: Is there a connection?

Results of a new study looking at falls and fractures among aspirin users are disappointing. 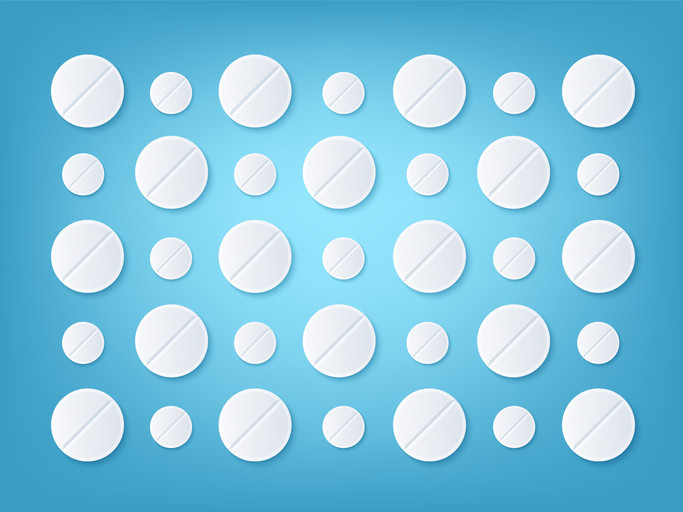 For decades, aspirin has been called a wonder drug. It’s easy to see why; It’s a pain reliever. It can bring down a fever. It can reduce the risk of stroke and heart attack in people at high risk for cardiovascular problems, and it lowers the risk of some cancers. It’s inexpensive, easy to produce, and widely available without a prescription.

In recent years, research also has linked aspirin use to better bone health and a lower risk of bone fractures after falls (which can have devastating consequences, especially among older adults). Now, a new study looks more closely at the potential benefit to bones.

Why would aspirin be good for bones, anyway?

It may seem surprising that aspirin would have any effect on bone health, or on the risk of fractures. But aspirin may encourage the development and survival of bone marrow cells involved in bone formation. It may also inhibit cells that break down bone. Additionally, by preventing cardiovascular disease and stroke, aspirin might reduce frailty and improve overall health. That could lead to fewer falls and bone fractures.

One review of multiple studies found that aspirin use reduced fracture risk by 17%. But the studies included in that review were observational, which means they could only show a link between aspirin use and lower risk of fracture. Such studies cannot prove that aspirin use was the actual reason for fewer fractures.

Better studies are needed to prove or disprove this possibility. Fortunately, one has just been published — and it calls into question whether aspirin has any impact on bone health.

Gaining a better understanding of aspirin and bone health

Published in JAMA, the new study is the first randomized, controlled trial to explore a possible connection between aspirin use and fracture risk. This type of study is more powerful than an observational study, and can help prove whether aspirin use has an effect on fracture risk.

Nearly 17,000 older adults were randomly assigned to take a low-dose aspirin (100 mg) or an identical placebo daily. They were then monitored for fractures or serious falls over a period of almost five years. A serious fall was defined as one that led to an emergency room visit or hospital admission. The average age of study participants was 74; more than half (55%) were women, and most were white.

Contrary to the earlier observational studies, these findings do not support the use of low-dose aspirin to improve bone health or to reduce fall-related fractures.

What else is important to know about aspirin?

While it may seem that aspirin is a safe treatment, there are downsides for adults to consider, including a higher rate of serious falls as noted in this new research. In addition:

Despite aspirin’s reputation as a wonder drug, this latest research is a reminder that aspirin isn’t good for everyone or every condition — even wonder drugs have their limitations. And this new research is just the latest example of how impressive results from observational studies may be unreliable, and may not hold up in the wake of more powerful studies.

Keep that in mind the next time you read news about a medical treatment, whether it’s a newly discovered medicine or an old, over-the-counter wonder drug already in your medicine cabinet.