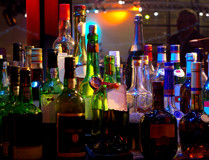 The message that drinking a little alcohol is good for the heart has gotten plenty of attention. A new study linking alcohol with increased risk of dying from various cancers may temper that message a bit.

About 4% of cancer deaths worldwide are related to alcohol use. No one has done a major study of this issue in the United States for more than 30 years. During that time, we’ve learned a lot about alcohol and cancer, and powerful statistical methods have been developed for estimating risk.

Researchers from the National Cancer Institute and other institutions delved into many studies and information databases. They calculated that alcohol causes 3.5% of U.S. cancer deaths, or about 20,000 cancer-related deaths each year. The study was published online yesterday in the American Journal of Public Health.

The most common alcohol-related cancers were mouth, throat, and esophageal cancer in men, and breast cancer in women.

But what about the reduced risk of heart related deaths in people that drink a little alcohol compared to those that don’t drink at all? A recent detailed analysis of 84 of the best studies looking at the alcohol and heart connection included more than two million men and women. They were followed for an average of 11 years. Compared to people who didn’t drink alcohol, those who were moderate drinkers had a

The idea that alcohol can be bad and good isn’t a new one. We’ve known for ages that alcohol—usually too much alcohol—can cause liver problems, is a key contributor to automobile accidents and deaths, and can harm personal relationships. The new study adds cancer to alcohol’s potential harms. But moderate alcohol consumption also appears to reduce the odds of developing or dying from heart disease, the leading cause of death in the United States.

If you don’t drink alcohol now, there’s no reason to start. But also don’t worry if you occasionally have a drink.

If you do enjoy alcohol, keep your drinking in the moderate range. You don’t get any additional heart protection by drinking more. And your risk of cancer—and many other problems—rises dramatically with higher consumption.

The issue of whether or not to drink alcohol can be a very tricky one for a woman at higher than average risk of breast cancer or one worried about developing breast cancer. Not drinking would eliminate one possible contributor to breast cancer risk. At the same time, heart disease is more common and deadly among women than breast cancer. An increased heart disease risk might tilt the balance toward moderate alcohol use.

Advances in genetics may one day let us predict more accurately who can use alcohol in moderation and who should avoid it completely. Until then, it’s best to personally weigh the benefits and risks, ideally with a trusted health care provider.

In my country, alcohol is used as a material for traditional medicine, of course with the allowable dose. if it overdose, it will be dangerous for our bodies.

Actually alcohol of any amount was found to increase heart problems, the only beneficial effect of alcohol is the anti clotting which can be done through the reduction of homocysteine, lecithin, magnesium and EDTA (as anticlotting), or even aspirin to prevent clotting. The heart is always damage from any amount of alcohol, I did computer scans of over 400 people and found that it does not help heart health, the one thing we need to pay attention was clotting and inflammation. The survival of patient taking aspirin is actually superior then alcohol, and the one thing that helps the heart is magnesium from overcontraction, which causes heart attack. When the person is not deficient from water soluble vitamins and magnesium the first things that recover is the circulatory system, which result in improve heart by way of improved circulation.

Drinking more than the daily unit guidelines regularly and over a long period of time can increase your risk of developing heart disease.

Drinking may increase the risk of breast cancer, but it’s not the cause. The cause is wearing bras. Constant constriction suffocates the cells and promotes malignant mutations.

Very helpful information. i should come back to see what new in future in here.

Alcohol as medicine is good but taking it in excess is injurious to health.

Well, alcohol has always been controversial in its usage among many people. While some will argue that alcohol is good for the body, others will argue otherwise. The most important thing is knowing when to be moderate in taking it or removing it outright from your diet.

Was this study based on the health effects of “pure” alcohol? Or were different alcoholic beverages tested? I have not read the article and, admittedly, not being a physician or medical researcher I may not be qualified to question its methodology. Not all fermentation is created equal. Beers, liqueurs, and wines vary greatly in their end-user content forms and could influence health wildly in either direction. Specifically, the bioflavinoids and anti-oxidants in red wines have been credited with positive influences on both heart health and cancer prevention.

Good question. the researchers looked at alcohol intake in general. The databases didn’t break it down by beverage type.

Drinking may increase the risk of breast cancer, but it’s not the cause. The cause is wearing bras. Constant constriction suffocates the cells and promotes malignant mutations.

Skeptical? Then read this article: