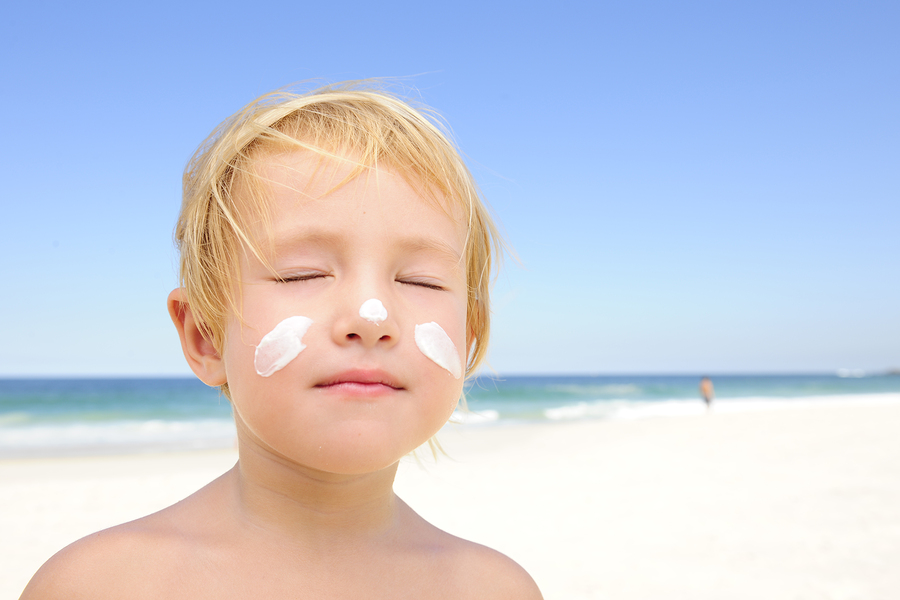 I’m a Long Island boy, so growing up often meant spending eight to 10 hours at a stretch playing in the sea surf with my four brothers at Jones Beach, fishing for flounder off the town docks, skin diving around stone jetties the Sound, or treading for clams in the mudflats at the mouth of the Nissequogue River.

In all those years, I don’t recall hearing the words “Put on sunscreen” pass from my mother’s lips. (I did often hear “Stop throwing shells at your brother” and “Be back here at 4 p.m. or I’m leaving without you.”)

How times have changed. Getting ready to frolic in the sun now reminds me of the kind of checklist astronauts on the International Space Station need when suiting up for a 6-hour spacewalk in the full blast of the sun’s radiation. Today, my mom might have taped a list like this to the door:

Roger that, Houston. It seems the only thing missing is the gold-plated spacesuit helmet and a T-shirt for mom that says “Radiation Safety Officer.”

It’s all for a good cause, says my go-to sun protection officer at Harvard Medical School, Dr. Daniela Kroshinsky. As a medical dermatologist at Massachusetts General Hospital, she sees the long-term outcomes of repeatedly frying yourself in the sun—skin cancer and skin aging.

Her bottom line, in an article in the August 2014 Harvard Men’s Health Watch, is this: “Melanoma is on the rise. We really advocate that people take sun-protective measures and notify their doctors of any concerning or changing spots on their bodies.”

We’ve been told countless times that regular use of sunscreen prevents melanoma skin cancer—the most dangerous kind of skin cancer because it can spread to distant sites in the body and lead to death. But according to a research review article this week in the Journal of the American Medical Association, not all doctors share Dr. Kroshinsky’s enthusiasm for the gospel of sun protection.

The article points to a recent study in JAMA Dermatology of 18 billion outpatient visits from 1989 to 2010. It found that doctors made a note that they mentioned sunscreen at just 0.07% of patient visits, or roughly 1 in 1,400 visits. Dermatologists did better, mentioning sunscreen 11.2% of the time during visits that were expressly related to skin cancer past or present.

If it sounds like doctors don’t care about sun protection, don’t jump to conclusions. The records scrutinized in the study show only mentions of sunscreen that physicians consciously noted in the official record. They may have mentioned it and not recorded it.

And besides, everyone knows that sunscreen prevents cancer—don’t they?

It may surprise you that public health experts debate the merits of doctors offering sun-protection advice to their patients. Why? The evidence is spotty that advice from doctors on prevents cancer, according to a 2012 recommendation by the U.S. Preventive Services Task Force (USPSTF). The USPSTF is a panel of experts who weigh the evidence for the kinds of things primary care doctors do—like giving out sun protection advice, or urging their patients to stop smoking and eat healthier.

The USPSTF found that the best evidence we have says that sun protection counseling for fair-skinned folks age 10 to 24 helps prevent skin cancer, and does not appear to have any downsides for health.

As for those age 25 and up, we simply don’t have enough good evidence to say that “doctor’s orders” regarding sun protection reduces skin cancer. I asked a confessed sunscreen proponent, Dr. C. Douglas Taylor, Chief of Hematology and Oncology at the Cambridge Health Alliance in Boston, what he thinks of the USPSTF’s partly cloudy sunscreen recommendation.

“In the end you come to conclusions and do interventions based on the best evidence and common sense,” says Dr. Taylor, who is also an instructor in medicine at Harvard Medical School. “I think it’s quite clear there is an impact of regular sunscreen use on skin cancer, including melanoma, and on skin aging.”

To be fair, Dr. Taylor does have a bit of a pro-sunscreen bias. If you were at the June 2014 Boston Dragon Boat Festival on the Charles River, you would have seen his colleagues toting around gallon-sized pump jugs of sunscreen. In fact, he’s a bit of a Pied Piper of sun protection.

“You could have a high potency sun blocker, SPF 30 and above, available at public venues, like at your backyard or neighborhood swimming pool, boat club, or rowing club,” Dr. Taylor says. “A gallon jug that would be instantly available for everyone and it would last a long time. I don’t know that they would make this available to letter carriers at the US Post Office, but they really ought to!”