Shunning osteoporosis treatment isn’t a wise decision for most women

Forgoing drugs that slow bone loss to avoid rare side effects can be the wrong decision for your hips and spine. 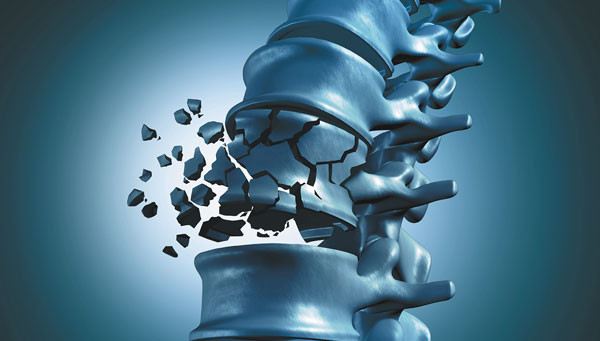 A front-page article in the June 1, 2016, edition of The New York Times carried this headline: "Fearing drugs' rare side effects, millions take their chances with osteoporosis." The article described a situation all too familiar to doctors. Women are declining prescriptions of bisphosphonates—drugs that slow the rate at which the body breaks down bone—or discontinuing the medications far earlier than recommended. In fact, according to a 2015 report in the Journal of Bone and Mineral Research, the rate of bisphosphonate use fell by half between 2008 and 2012. That article documented a wave of media coverage of scientific studies that reported two rare side effects—osteonecrosis (bone death) of the jaw and atypical fractures near the top of the femur (thigh-bone)—and suggested that the reports had kindled fears that had led women to abandon bisphosphonates.

"The perception of risk is so much greater than the actual risk," says Dr. Meryl LeBoff, director of the skeletal health and osteoporosis center at Harvard-affiliated Brigham and Women's Hospital. Compared with many other common diseases, we are fortunate that we have good therapies to reduce the risk of osteoporotic fractures by 70% at the spine and 40 to 50% at the hip. She points to statistics referenced in the New York Times article: for every 100,000 women taking a bisphosphonate, fewer than three will have osteonecrosis of the jaw and one will have an atypical femur fracture, but 2,000 will have avoided an osteoporotic fracture.