Protect your bones with tai chi

This ancient practice, which consists of sequences of fluid movements, can improve your balance and help you prevent falls. 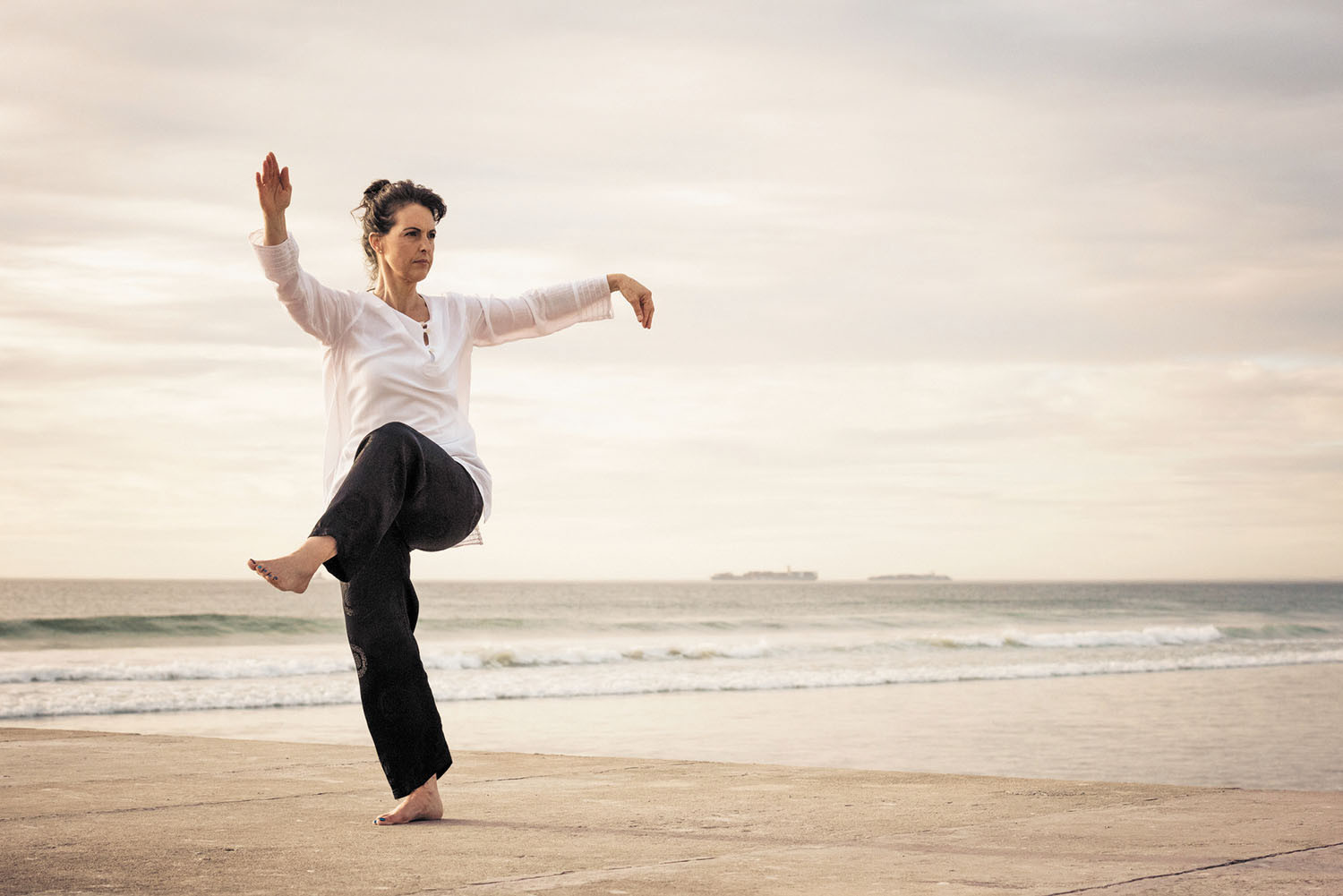 Tai chi is a form of gentle exercise that experts say can help improve your mood, reduce your stress level, and help keep your heart healthy. It can also benefit your bones.

"There's very strong evidence that tai chi is one of the best weight-bearing exercises to reduce the risk for falls," says Peter Wayne, faculty editor of the Harvard Special Health Report An Introduction to Tai Chi and director of the Osher Center for Integrative Medicine.

One in every four adults over age 65 will experience a fall, and of those falls, one in five will cause a broken bone or head injury, according to the CDC. "Research has found that people who do tai chi see a 20% to 40% reduction in the risk of falls even after as little as six months," says Wayne. For example, a 2017 study published in the Journal of the American Geriatrics Society found that older adults who participated in one to three hour-long tai chi sessions each week for up to 26 weeks lowered their fall risk by 43% and cut in half their likelihood of injuring themselves as a result of a fall.

Tai chi, often called meditation in motion, is an ancient Chinese martial art that consists of sequences of slow, flowing movements that promote both fitness and relaxation. While often thought of as an activity for older adults, it can be done by people of all ages. It's good exercise for younger people as well.

"I've heard my colleagues describe tai chi as a one-stop shopping, multimodal therapy," says Wayne. "Tai chi has many different benefits, and it's gentle. It's quite safe. It can also be a confidence-boosting gateway for people who don't exercise to expand into new forms of exercise."

Tai chi appears to be protective against falls because it addresses not just one, but multiple risk factors, says Wayne. Specifically, it works to counter all of the following age-related changes:

Weakening muscles. As people age, they lose strength, which can make them less stable and more likely to fall. The weight-bearing nature of tai chi helps to strengthen leg muscles. It also works on improving flexibility, particularly in the ankles, knees, and hips, where it's needed for good balance.

Sensory deficits. Many factors can lessen sensation in parts of the body, and these become more common with age. They include medical conditions such as peripheral neuropathy, a type of nerve damage that causes weakness, tingling, and numbness, most often in the hands and feet. Numbness in the bottom of the feet (what doctors call a loss of plantar sensation) can make it harder to balance. "There are several studies that show tai chi improves plantar sensation," says Wayne. This renewed sensation can help you tell if you are leaning too far forward or back and to make adjustments so you don't lose your balance.

Slower reaction time. Research shows that people who do tai chi regularly can improve their reaction time. In one experiment, as people walked on a treadmill, they were exposed to a small shift underfoot (while wearing harnesses to prevent falls). People who had done tai chi had better muscle reaction times and were less likely to lose their balance from the simulated slip than people who didn't do tai chi, says Wayne. This effect is similar to the way trained baseball players will reflexively raise a hand to catch a ball if it's thrown their way. If someone who regularly does tai chi steps on an uneven curb, for example, she may be less likely to panic and fall because she knows reflexively how to shift her body weight to maintain her balance.

Loss of focus. Another benefit of tai chi is that it can help you learn to focus on the sensations in your body. Researchers have found that people sometimes fall because they become distracted, says Wayne. This effect is demonstrated in experiments when people are asked to stand on one foot and then to count backward by multiples of 7 or 3. People who are asked to do this calculation while balancing typically lose their balance much faster than people who are standing without performing a mental task, says Wayne. This same thing can occur with regular distractions around the house, or if you're worried or upset about something. Tai chi seems to help people to mentally focus and more readily shift their attention between tasks. This helps to insulate them from balance-disrupting distractions. "It's teaching you to be aware of multiple things at the same time," says Wayne.

Increased fear. Tai chi can help people overcome a fear of falling—a risk factor for future falls. When you experience a fall, you may become very fearful of it happening again. In an effort to prevent it, you may unconsciously change the way you walk: moving tentatively, holding your breath, tightening your shoulders, and being less aware of your environment. All of this unfortunately makes it more—not less—likely that you will fall again, says Wayne. Tai chi encourages movement that helps you recognize and reduce these "guarding" patterns and improve your ease at moving your body.

In addition to protecting your bones by preventing falls, there's a possibility that tai chi can even help to make your bones stronger. Some research has found it can prevent some of the bone loss that occurs with age. Around the time of menopause, many women see a steep reduction in bone density due to reductions in the amount of the hormone estrogen circulating in the body. This loss of bone mass can result in a thinning of the bones called osteopenia, and, if it continues, eventually makes your bones brittle and prone to fracture, a condition called osteoporosis.

It's possible that tai chi works to slow down the rate of bone loss because it's a weight-bearing exercise, which stimulates bone growth. "The osteoporosis data on tai chi are nowhere near as clear as the data on balance, but women with osteopenia who perform tai chi have seen some modest changes in bone density," says Wayne. "The -latest reviews are promising, but the evidence is still too limited to draw any strong conclusion on efficacy."

Interested in trying tai chi? Depending on where you live, you may be able to find in-person classes. If not, many schools have shifted to virtual training or provide online materials. "Nothing beats working closely with an experienced teacher," says Wayne. But virtual options are a safe way to get started when in-person classes aren't available. Harvard Health offers an online tai chi course that not only provides more detail about the benefits of tai chi but also gives you 20 moves to help get you started. To enroll, go online to www.harvardhealthonlinelearning.com/courses/an-introduction-to-tai-chi.