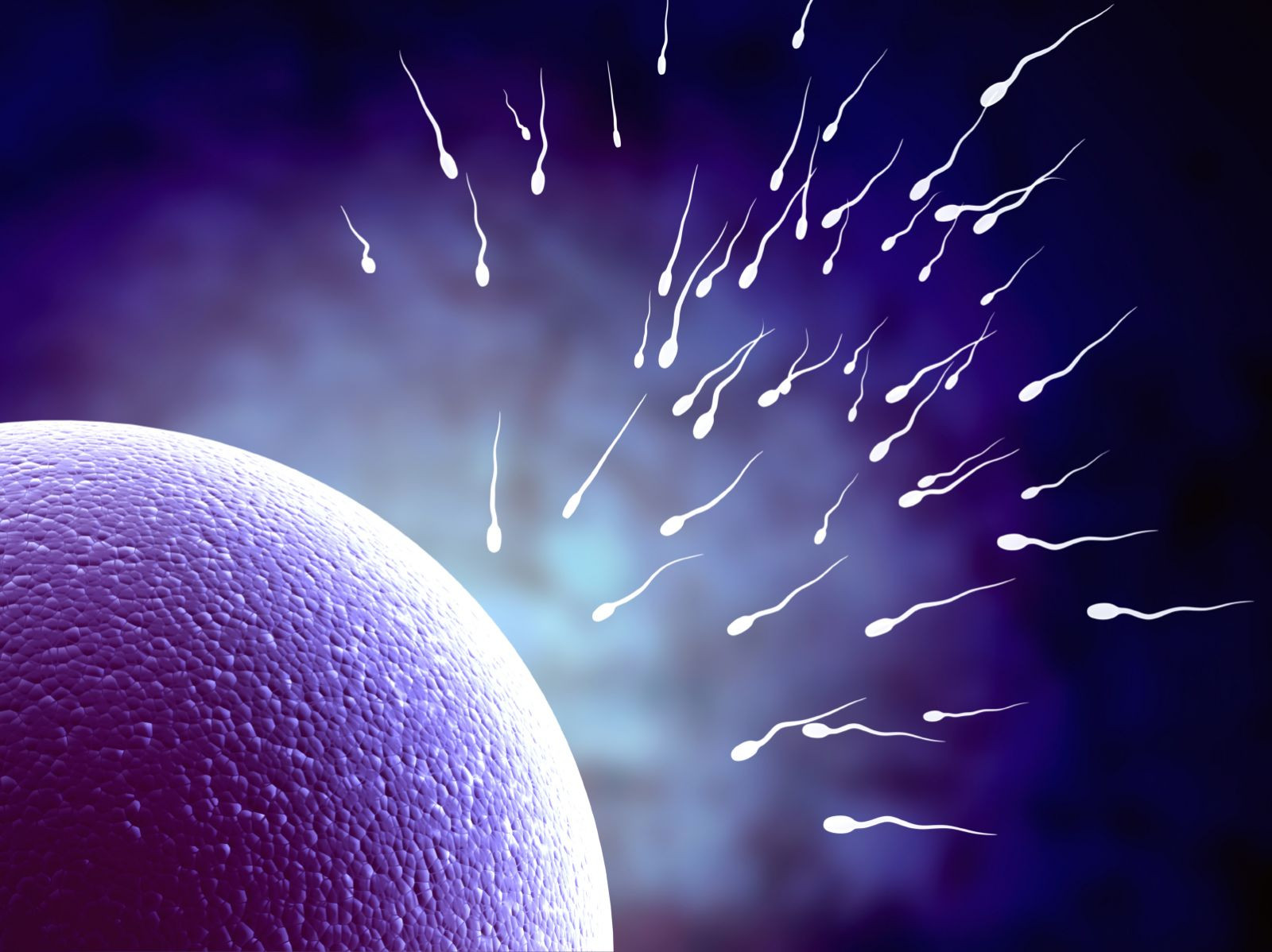 If you are thinking about getting pregnant, you can do many simple, effective things right now to improve your chances of conception, because lifestyle can have profound effects on the reproductive functions of women and men. This means that increasing your fertility potential is something that you both can do without outside help. In addition to adopting a fertility-boosting diet and getting into the fertility zones for weight and exercise, there are a number of lifestyle choices you can make for improving fertility naturally.

Give up nicotine, marijuana, cocaine, and steroids

Tobacco smoking has been linked to reduced fertility in both women and men. In addition, a recent British study has found an association between smoking and stillbirths, low birthweight babies, and sudden infant death syndrome (SIDS). A woman who smokes is likely to have less chance of becoming pregnant and giving birth when treated with in vitro fertilization (IVF) than a woman who doesn't smoke. This is especially true if she smokes twenty or more cigarettes a day. A mechanism that may link cigarette smoking and reduced pregnancy rates following IVF is the observation that smoking appears to accelerate the rate of egg loss. Women who smoke have the elevated hormone levels that indicate a depleted supply of eggs and prematurely aged follicles.

For men, anything that may lead to atherosclerosis, such as untreated diabetes or hypertension or even health habits such as smoking and a high-fat diet, may damage blood vessels and impair blood flow, leading to impotence. A good blood supply to the penis is necessary to achieve an erection.

Marijuana has been linked to an inability to perform sexually and to diminished fertility. It also has been associated with increased levels of female hormones in men and to the development of abnormally shaped sperm. This has the effect of reducing the production of LH and therefore decreasing the levels of the male hormone testosterone.

Cocaine may have a negative impact on sperm development. Recent animal experiments have shown that it damages the cells that produce sperm.

Steroids commonly used by men to build more muscular bodies can also inhibit the ability to have a baby. Thought by some to improve sexual performance, they actually act as a male contraceptive by depressing hormone secretion and interfering with normal sperm production.

Men should avoid using a testosterone patch, pills, or shots unless they are under a physician's supervision. In addition, men should be aware that their use of testosterone may have the effect of depressing or shutting off the secretion of follicle-stimulating hormone and luteinizing hormone, which govern the production of sperm.

In most cases, if you stop using these substances, sperm production eventually returns to normal, although it can take at least one full cycle of sperm production—seventy-four days—before most sperm are healthy and show up in normal amounts in your semen.

Check out your medicines

A number of prescription drugs have been reported to have a negative effect on the male reproductive systems, including the ulcer drug Tagamet (cimetidine), some antibiotics, and antihypertensive medications. For example, the use of a class of high blood pressure medicines known as calcium channel blockers can interfere with the ability of a sperm to penetrate the outer membrane of an egg.

In women, thyroid replacement therapy may affect ovulation, depending on how carefully thyroid hormones are maintained at normal levels. Ovulation may be impaired in women who have low thyroid hormone levels, so when they are on thyroid replacement therapy, the levels of pituitary hormone (which controls the thyroid) in their blood should be monitored regularly and carefully kept in the normal range.

As a couple, tell your physicians early on that you're trying to get pregnant and that you're concerned about the effects of medicines on your fertility. It's a good idea to remind your doctors about this every time they start to write a prescription for either of you.

Be careful with herbal remedies

Several popular herbal preparations probably should be added to the list of substances to avoid if you want to protect your fertility. Although many people believe that because herbs are "natural" they're safe, those that have drug-like effects on the body do contain potent chemicals. Like some over-the-counter or prescription medicines, some herbal remedies may interfere with normal reproduction.

Three herbs that were tested in laboratory studies on human sperm and on hamster eggs produced adverse effects in either the sperm or the eggs, or both. Researchers at Loma Linda University School of Medicine in California have found that tiny amounts of St. John's wort, echinacea purpurea, and ginkgo biloba made the eggs impossible or difficult to fertilize, changed the genetic material in sperm, and reduced a sperm's viability.

The researchers pointed out that their laboratory work indicated only a potential risk. They said it was possible that people who did not exceed the recommended doses would not experience negative effects, and in the human body such doses might not actually reach eggs and sperm. However, it should be noted that, in the lab, the eggs and sperm were exposed to only minute fractions of the herbal preparations.

In the laboratories of the U.S. Food and Drug Administration, blue cohosh produced significant birth defects in rat embryos, such as nerve damage, twisted tails, and poor or absent eye development. The research was done in 1996–98 by Dr. Edward J. Kennelly, now at the City University of New York. The herb is also known as blueberry root, squawroot, or papoose root.

Have infections treated right away

Women should have any vaginal or cervical infection, such as bacterial vaginosis, trichomoniasis, chlamydia, or yeast, treated immediately because the discharge may stop sperm from entering the uterus.

Avoid exposure to toxins such as solvents and pesticides

Studies have linked specific pesticides, chemical solvents, dusts, and other substances in the environment to instances of infertility in women and abnormal sperm or low sperm production in men.

PESTICIDES. Frequent exposure to lawn and farm chemicals can be harmful, especially those applied as a spray, because the sprays can drift some distance and be inhaled unknowingly. When using any sort of weedkillers, fungicides, or pesticides, wear a mask, long pants, long shirtsleeves, and vinyl (not latex) gloves. If you work on a farm, or in any environment where toxins may be present, you may want to invest in a mask with replaceable charcoal filters (available at hardware stores) and to wear protective clothing consistently.

DUST AND SOLVENTS. Protect yourself not only around chemicals but in situations where there's a lot of dust in the air, including dust from grains and from woodworking, particularly when the wood has been pressure-treated with preservatives. You should also wear similar protection when using volatile solvents such as paint thinners and turpentine and make certain that your work area has extremely good ventilation. To be on the safe side, this concern should apply to home projects as well.

LEAD AND X RAYS. Severe lead intoxication—seen most often among lead battery workers—can have a negative effect on both male and female reproductive systems. In addition, the reproductive organs of you and your partner should be protected against radiation when medical X rays are taken.

The germ cells in the testicles that produce sperm work best in temperatures slightly below normal body temperatures. If the temperature within the testicles is elevated by only two, three, or four degrees Fahrenheit, both sperm and testosterone production are negatively affected. To keep the testicles cool, the scrotum (the skin sac that holds them) loosens up so that the testes are held away from the body. But if you wear tight jeans, bicycle shorts, or leather pants that hold the testicles close against your body, their temperature may rise. This also may happen if you wear under shorts made of nylon or other artificial fibers, even if they're not tight. Such fabrics hold in more heat than cotton and wool, materials that "breathe." Keeping your genital area cool also helps avoid infections that thrive in warm, moist places.

One of the many scientists in Cambridge, Massachusetts, was fond of doing much of his thinking while having a long soak in a hot bath every day. After he and his wife had tried to conceive unsuccessfully for many months, she did a little research of her own and then firmly requested that he switch to taking short, tepid showers and do his thinking elsewhere. This tactic has proved successful—they're now the parents of four children.

Small changes in how you conduct your lovemaking can help sperm reach the uterus more easily:

If possible, try to cut back at work and/or reduce the amount of traveling in your schedules for a number of months. If you can't reduce your responsibilities at work, do make a point of not taking on any extra projects at home. Tip the scales in your favor--make this a special time for the two of you, to kick back and relax. Several relaxation techniques are discussed in Chapter 4: Ease Emotional Stress—The Harvard Behavioral Medicine Program for Infertility.

Adapted from Six Steps to Increased Fertility: An Integrated Medical and Mind/Body Program to Promote Conception

Reprinted by permission Free Press, a division of Simon & Schuster.
© Copyright 2000 by President and Fellows of Harvard College. All Rights Reserved.