New research has confirmed a link between depression and the menopausal transition, or perimenopause — that time of erratic periods, chaotic hormone fluctuations, disturbed sleep, and, for some, uncomfortable hot flashes. Among the findings: little or no correlation between hormone levels and depression during perimenopause. However, a host of other factors have been implicated.

In 2006, the Harvard Study of Moods and Cycles reported that one in six participants with no history of depression developed depressive symptoms during perimenopause. In addition to hormone fluctuations, researchers have explored the possible influence of psychosocial factors, hot flashes and their impact on sleep, and genetic vulnerabilities. In 2006, the Study of Women's Health Across the Nation identified several genetic mutations that increase the likelihood of perimenopausal depressive symptoms.

In the March/April 2008 issue of the journal Menopause, scientists published data from the Seattle Midlife Women's Health Study. Most of the 302 participating women were in their late 30s or early 40s in the early 1990s, when the 15-year study began.

The women recorded depressive symptoms, kept daily menstrual calendars (to determine stage of menopausal transition), and answered questions about hot flashes. Nearly half of them provided regular urine samples for hormone assays. The study also assessed a range of health and psychosocial factors, including those related to the menopausal transition, age, and depression at other times in life.

The researchers analyzed these factors individually and in various combinations. The results confirmed findings from other studies correlating depressive symptoms with later-stage perimenopause, sleep disruption, current stress, and the presence of hot flashes. Other factors associated with depression during perimenopause were negative life-event stress, a history of postpartum depression or sexual abuse, and a family history of depression. Women who had not borne children and women who had taken antidepressants were also at greater risk.

Striking by its absence was any significant connection between depression and levels of hormones associated with perimenopause — primarily estrogen or follicle-stimulating hormone.

The results of this study argue that the picture of depressive symptoms during perimenopause is far more complex than fluctuating hormone levels or hot flashes. A variety of factors — including past emotional distress — may increase a woman's vulnerability to depression during these years. And the menopausal transition presents its own set of challenges, both physiological and psychosocial.

The Seattle researchers say their findings should serve as a reminder that depressed mood during the menopausal transition "is attributable not only to this time of a woman's life but also to the cumulative history of events over the life course." One important implication is that for some women, treating depression during perimenopause may require not only antidepressants but also psychotherapy, which can help address current difficulties rooted in the past. 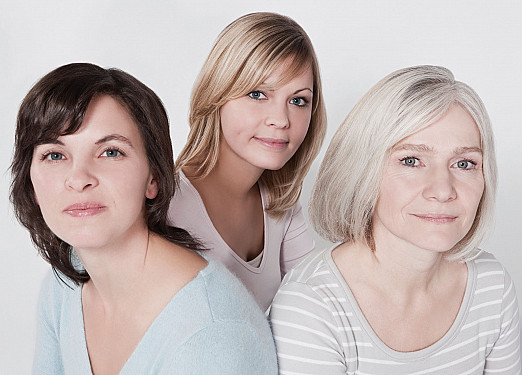