Your complete guide to choosing a yogurt to meet your needs

Feeling dazed and confused in the yogurt aisle? Here's some information to help you make good choices. 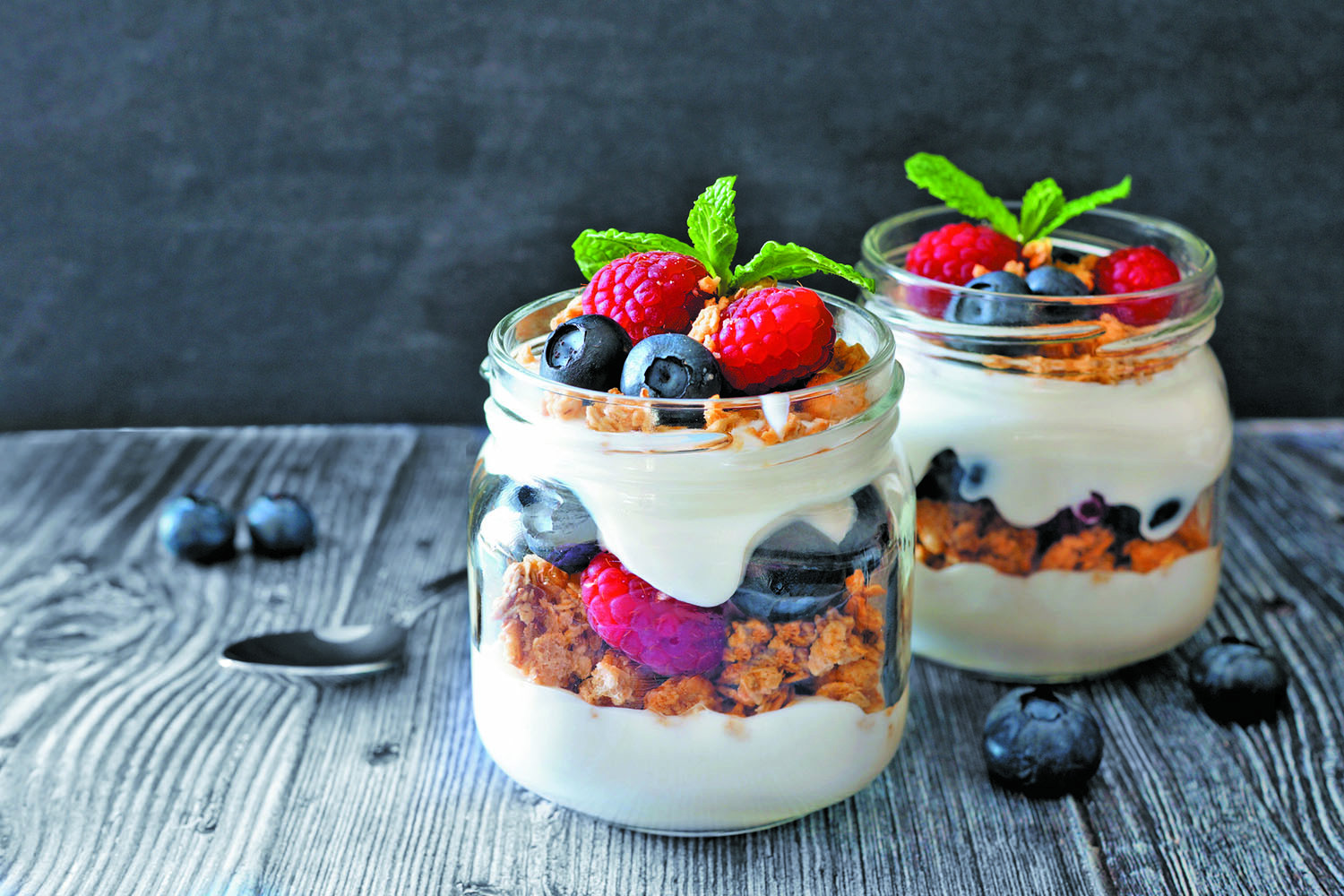 Yogurt used to be pretty straightforward. It came in small, simple containers, with a swirl of fruit on the bottom if you were lucky. Not anymore. Today there's Greek yogurt, shakes, and tasty-looking cups with sprinkles and crushed cookies. Yogurt is blended into smoothies and squirted into portable tubes and pouches. Over in the ice cream aisle, there are even more options, with a variety of frozen yogurt products in tubs and handheld popsicles.

This gives you lots of choices but might also leave you wondering which one to pick. At the root of the dilemma is this question: is yogurt a health food or a dessert? The truth is, today's yogurt can be either, depending on the type you choose. This means you've got to do a little detective work to figure it out.

Before we get into details about how to sort the good yogurt from the bad, let's talk a little bit about why you want to eat yogurt in the first place.

Yogurt and your health

Yogurt is a nutrient-rich food that fuels your body with protein, calcium, magnesium, vitamin B12, and some key fatty acids that your body needs to stay healthy.

Studies have also shown numerous health benefits for regular yogurt eaters. For starters, they are thinner than people who don't eat yogurt.

But truthfully, it's still not totally clear whether eating yogurt will slim your waistline. It's possible that people who eat yogurt are thinner because they have better eating habits overall. But what yogurt can do — particularly yogurt with a high amount of protein — is keep you feeling full, which might help you eat less and lose weight.

Yogurt isn't officially yogurt according to FDA standards without S. thermophilus and L. bulgaricus.  Some brands of yogurt will feature a "Live & Active Cultures (LAC)" seal from the National Yogurt Association (NYA). The NYA provides voluntary certification to companies that make yogurt, and the seal tells you that the brand has at least 100 million cultures per gram at the time it's manufactured. Multiple brands of yogurt may contain live and active cultures even though the label may not explicitly list the bacteria or say "live and active cultures."

Some yogurts have been heat-treated, a process that kills the cultures. Or the yogurt maker may just stir live, active cultures into the recipe and skip the fermenting process used to make yogurt. Yogurt must be fermented to get the NYA seal.

The pros of probiotics

Yogurt may contain probiotics, which are live microorganisms similar to those in your gut. Yogurt is made from milk, with a dash of bacteria to kick off the fermenting process.

Research today is making some important connections between the types of bacteria that live in your body and your overall health. Studies have linked these bacteria to a wide variety of conditions ranging from mood disorders to infections. Some studies suggest that having certain types of good bacteria may help insulate people from certain health woes. There is some evidence that probiotics, like those found in yogurt, can help improve symptoms of some digestive problems, such as irritable bowel syndrome and certain types of diarrhea.

Another promising area of research is the role of gut microbes in obesity. Researchers have found that people who are lean and people who weigh too much typically have different types of gut bacteria. This raises the question: can people lose weight if you change the type of bacteria in their bodies? Researchers are searching for this answer right now.

So far, the FDA hasn't approved any probiotics to treat specific health conditions, but that hasn't stopped some yogurt companies from promoting the health benefits available from their brand's unique probiotics. Until we have clinical studies that offer the evidence we need, be skeptical of specific health claims made about various products.

Now that we've discussed the potential benefits of yogurt, let's talk about how to actually pick a good one from the dairy case. You can help simplify the process in a sea of choices by focusing on these ingredients.

Sugar. Ideally choose plain yogurt, which has zero added sugar. Yes, the yogurts with crushed cookies and peanut butter chips are tasty. But they're a treat, not a health food. Eat them in moderation.

Protein. Yogurts high in protein can promote satiety (the feeling of being full), which could help you combat that weight gain that happens to many women after they go through menopause. Look for yogurt that has 5 grams or more of protein per serving. Greek-style yogurt generally has more protein than other types of yogurt, sometimes as much as 16 grams.

Taste. If you don't like it, you won't eat it, so find a brand that is not only good for you, but also one you look forward to eating.

Simple ingredients. Try to pick yogurts with the least amount of extra ingredients. Don't count bacterial cultures -- the label may list all, some or none of the bacteria in the product. That does not mean one yogurt is less healthy than another.

Some brands of frozen yogurt do contain live and active cultures. Surprisingly, freezing doesn't kill the live microbes, but it may essentially put them to sleep. They wake up from their dormant state only after they thaw inside your body, according to the Natural Yogurt Association (NYA). However, if a frozen yogurt does have live and active cultures, it will often have fewer of them than its refrigerated counterparts do. The NYA requires refrigerated yogurts to have 100 million cultures per gram in order to bear its "Live & Active Cultures" seal, but a frozen yogurt product needs to have only 10 million cultures per gram. (As with traditional yogurt, some brands of frozen yogurt may meet this standard but opt not to go through the voluntary process to get the seal.)

In other instances, frozen yogurt may have no live, active cultures at all. Just like with regular yogurt, heat-treated yogurt kills the cultures. Or the maker may just stir live, active cultures into the recipe and skip the fermenting process used to make yogurt. Yogurt must be fermented to get the NYA seal.

The bottom line: When it comes to frozen yogurt, check the label carefully. There may be some healthy ones out there, but in many cases that tasty tub of frozen yogurt is just another dessert.