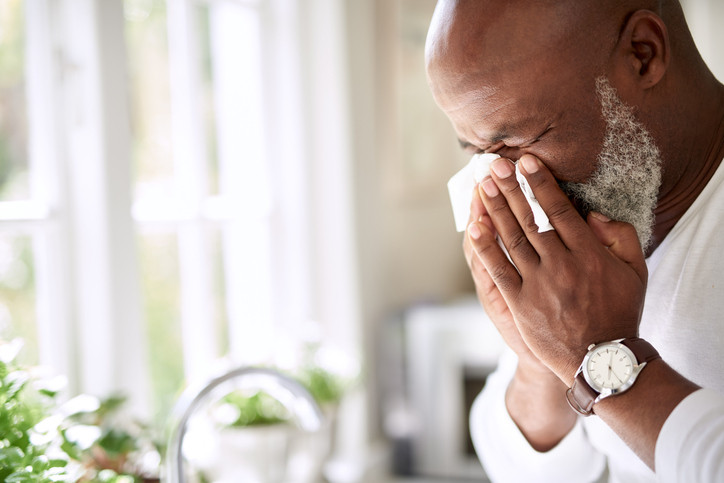 You thought it would never end: that tickle in the back of your throat that made you cough or have to clear your throat. It's been going on for months. And now you know why: post-nasal drip. It's a common diagnosis. It can happen for a number of reasons: allergies, viral infections (including the common cold), sinus infections, irritants in the air (such as fumes or dust). Less common causes include something stuck inside the nose (common in small children), pregnancy, and certain medications. Temporary – and normal – causes of post-nasal drip includes certain weather conditions (especially cold, dry air) and spicy foods.

Whatever the cause, the problem is a steady trickle of mucus from the back of the sinuses that irritates the throat and nagging cough or other symptoms.

Now that you have an official diagnosis, what can you do for it? There are a number of treatment options, including home remedies and over-the-counter medications:

Keep in mind that many of these medications are combined in over-the-counter products. For example, there are several formulations of "Sudafed" containing pseudoephedrine or phenylephrine along with additional drugs including acetaminophen, dextromethorphan, and guaifenesin. While these combinations can be effective, it's important to read the label and avoid taking too much of any active ingredient.

What about prescription treatments?

If these approaches aren't effective, prescription treatments may be the next best steps, including:

Other treatments depend on the cause of the post-nasal drip. Antibiotics are not usually helpful, so they aren't usually prescribed for post-nasal drip (unless the symptoms are due to bacterial infection of the sinuses). For allergies, dusting and vacuuming often, covering your mattresses and pillowcases, and special air filter can help reduce exposure to allergy triggers.

What about chicken soup?

If you've been told that chicken soup helps with post-nasal drip (or other symptoms of a cold or flu), it's true! But it doesn't actually have to be chicken soup - any hot liquid can help thin the mucus and help you maintain hydration.

When should I call a doctor?

In most cases, post-nasal drip is annoying but not dangerous. However, you should contact your doctor if you have:

Post-nasal drip is among the most common causes of persistent cough, hoarseness, sore throat and other annoying symptoms. It can be caused by a number of conditions and may linger for weeks or months. That's the bad news. The good news is that most of the causes can be quickly identified and most will improve with treatment.