Salad greens: Getting the most bang for the bite

Tailor salad greens to your dietary needs and taste preferences. 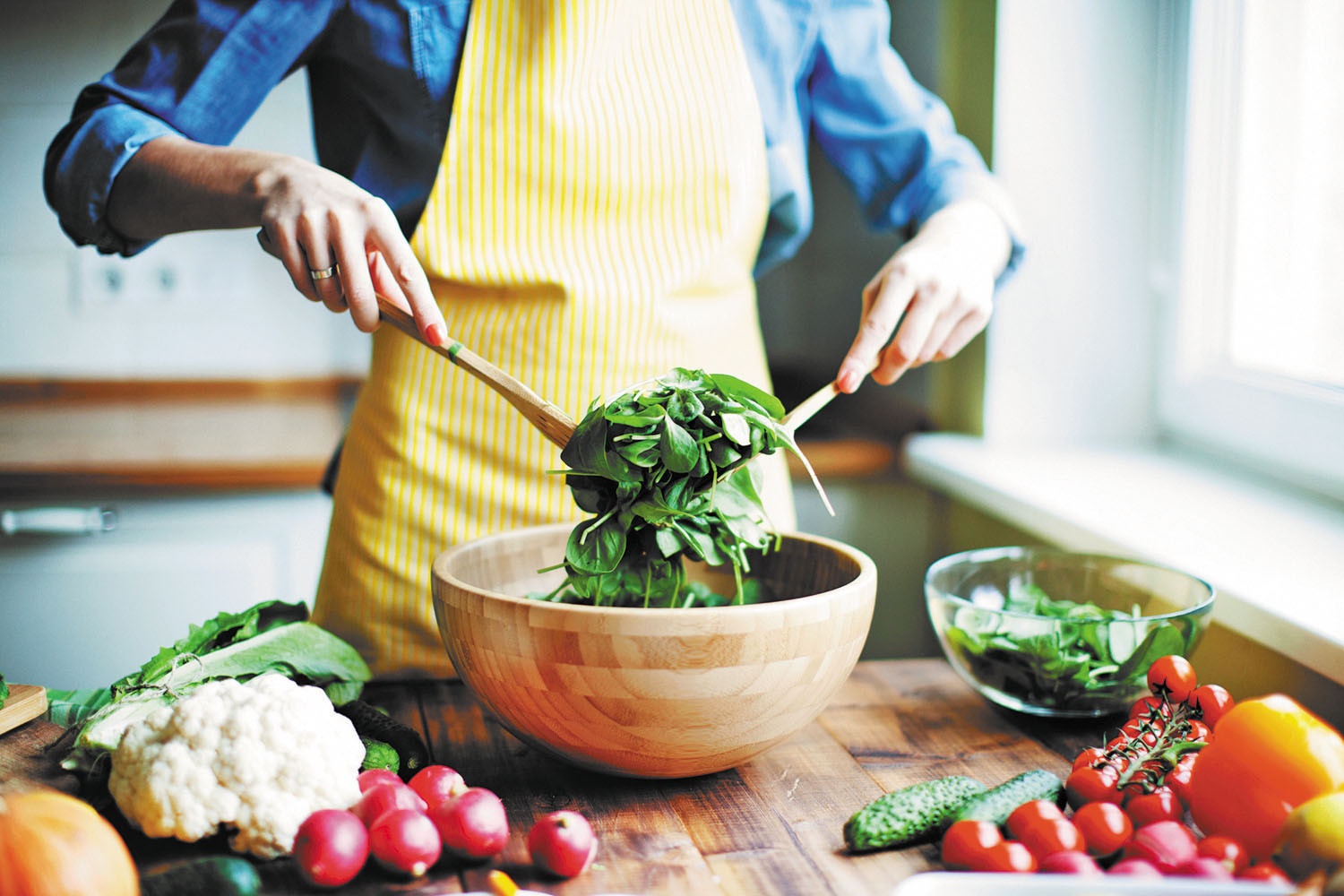 In the quest to follow daily dietary recommendations and eat the right amount of vegetables, salad is your friend. A large salad can check off your veggie requirements for the day in one fell swoop.

But not all salad greens are created equal. "They vary in regard to their nutrient content, nutrient density, flavor, and texture," says Elisabeth Moore, a registered dietitian at Harvard-affiliated Beth Israel Deaconess Medical Center. So it helps to know which salad greens will give you the most bang for the bite.

The raw leaves we toss into a salad may come from several varieties of lettuce. These include

It's also common to use the leaves of many other plants in salads, such as spinach, kale, arugula, dandelion, escarole, and watercress.

The benefits of greens

Most salad greens contain essential dietary nutrients, such as vitamins, minerals, and even water. "They also provide fiber, which is beneficial in many areas, including cardiovascular and gastrointestinal health. Greens are also low in calories, but high in nutrients and volume, which can be helpful if you're trying to manage your weight," Moore points out.

Some of the most nutritious greens include spinach, kale, romaine, watercress, and arugula (see "Salad greens by the numbers"). They are rich in a combination of vitamins A, C, and K; several B vitamins (including folate); and potassium.

But some greens aren't nutrient powerhouses. Iceberg lettuce, for example, contains folate and vitamin A, but is otherwise known for being the least nutrient-dense salad green. "I'm not recommending that you avoid iceberg lettuce," Moore says, "just that it's best to mix it with other greens."

Build a salad based on the nutrients you need most or simply the tastes and textures you like best. For example, arugula and watercress are peppery, dandelion and escarole are bitter, mâche and iceberg are sweet, and a green called tatsoi has a mustard flavor.

If that sounds like a lot of greens for one sitting, just add other vegetables to your salad bowl, such as tomatoes, carrots, and peppers. If you're eating salad as a meal, add a source of lean protein, such as chicken, fish, or egg.

And a word of caution: no matter how healthy your salad greens and other vegetables are, salad dressings can easily add fat, sugar, and calories. Moore's advice: "Choose oil-based dressings or simple oil and vinegar. Measure the portion and aim for no more than 2 tablespoons."