Does your face need a workout?

Facial exercises are being touted as a way to reverse signs of aging. A workout can't hurt and might even help. But there's little evidence of benefit. 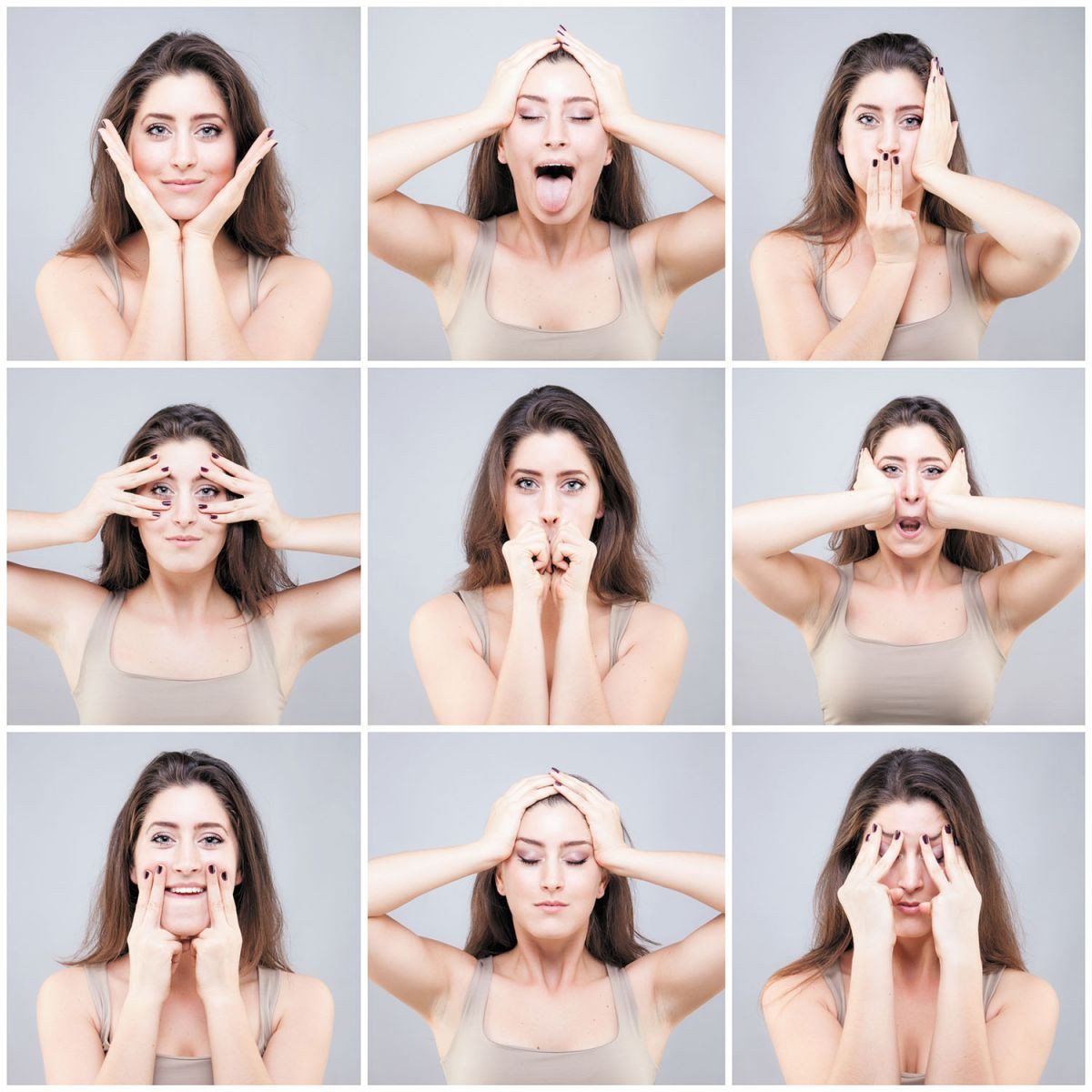 It used to be that women's magazines only gave fitness advice for your body. But today when you open the pages of many publications, you'll see advice on exercising not only your body, but your face, too. Articles tout strengthening exercises for the facial muscles — and even face yoga — as a way to slim and tone facial structures and help fight signs of aging.

Sounds great. But is it true? Should your workouts extend above the neck as well as below? And will those exercises really do anything for those wrinkles, sagging jowls, or double chin?

"The first thing to know is that there really aren't any good, rigorous, scientific studies that verify claims that face workouts are effective," says Suzanne Olbricht, an associate professor of dermatology at Harvard Medical School. And at first glance, at least some of the claims appear a little dubious, she says. In one article, for example, accompanying photographs show a woman who claims to have benefited from facial exercises. In this case, the changes to her appearance show improvements to the surface of her skin — mostly to her skin texture — which would be unlikely to result from exercising the underlying muscle, says Dr. Olbricht. Changes like this would be expected if she'd undergone a cosmetic treatment that targeted the surface of the skin, such as microneedling or a chemical peel, but would be unlikely to result from face workouts.

However, while a dose of skepticism is definitely warranted when it comes to some claims, this doesn't mean you should completely discount the idea of exercising your face, she says. At least in theory, it's possible that facial exercises could produce some benefits. Among them:

Reducing the appearance of thick scars. Face exercises, including stretching and movement, can be used to loosen up and lessen the appearance of a tight scar. "Massage and exercises that stretch the skin affected by scarring can make a thick scar become thinner and more pliable," says Dr. Olbricht. This is a clear instance where facial exercises are recommended and likely to be effective.

Fighting gravity. Face exercises might also help improve muscle tone in the face and could theoretically help with gravity-related fat loss or redistribution on the face, says Dr. Olbricht. Building muscle in the face could potentially help keep fat — which might otherwise slide down with the pull of gravity — where it belongs. But now for the bad news: if exercise is able to produce an effect, any changes would likely be very subtle and far less than could be accomplished by other cosmetic methods, such as dermal fillers, she says.

"Truthfully, it's hard to say whether face exercises are useful or not," says Dr. Olbricht. But if you're interested in giving it a shot, there's really no drawback to trying. It's not dangerous, and it won't produce any ill results. "While I'm not convinced," she says, "there seems to be little downside."