Tinnitus: Ringing in the ears and what to do about it

Constant noise in the head— such as ringing in the ears—rarely indicates a serious health problem, but it sure can be annoying. Here's how to minimize it. 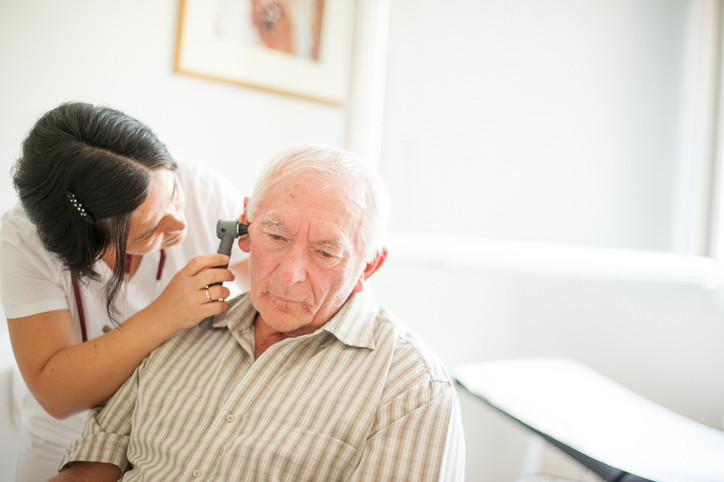 Tinnitus (pronounced tih-NITE-us or TIN-ih-tus) is sound in the head with no external source. For many, it's a ringing sound, while for others, it's whistling, buzzing, chirping, hissing, humming, roaring, or even shrieking. The sound may seem to come from one ear or both, from inside the head, or from a distance. It may be constant or intermittent, steady or pulsating.

Almost everyone has had tinnitus for a short time after being exposed to extremely loud noise. For example, attending a loud concert can trigger short-lived tinnitus. Some medications (especially aspirin and other nonsteroidal anti-inflammatory drugs taken in high doses) can cause tinnitus that goes away when the drug is discontinued. When it lasts more than six months, it's known as chronic tinnitus. As many as 50 to 60 million people in the United States suffer from this condition; it's especially common in people over age 55 and strongly associated with hearing loss. Many people worry that tinnitus is a sign that they are going deaf or have another serious medical problem, but it rarely is.

Most tinnitus is subjective, meaning that only you can hear the noise. But sometimes it's objective, meaning that someone else can hear it, too. For example, if you have a heart murmur, you may hear a whooshing sound with every heartbeat; your clinician can also hear that sound through a stethoscope. Some people hear their heartbeat inside the ear — a phenomenon called pulsatile tinnitus. It's more likely to happen in older people, because blood flow tends to be more turbulent in arteries whose walls have stiffened with age. Pulsatile tinnitus may be more noticeable at night, when you're lying in bed and there are fewer external sounds to mask the tinnitus. If you notice any new pulsatile tinnitus, you should consult a clinician, because in rare cases it is a sign of a tumor or blood vessel damage.

The course of chronic tinnitus is unpredictable. Sometimes the symptoms remain the same, and sometimes they get worse. In about 10% of cases, the condition interferes with everyday life so much that professional help is needed.

While there's no cure for chronic tinnitus, it often becomes less noticeable and more manageable over time. You can help ease the symptoms by educating yourself about the condition — for example, understanding that it's not dangerous. There are also several ways to help tune out the noise and minimize its impact.

Most people who seek medical help for tinnitus experience it as subjective, constant sound like constant ringing in the ears or a buzzing sound in the ear, and most have some degree of hearing loss. Things that cause hearing loss (and tinnitus) include loud noise, medications that damage the nerves in the ear (ototoxic drugs), impacted earwax, middle ear problems (such as infections and vascular tumors), and aging. Tinnitus can also be a symptom of Meniere's disease, a disorder of the balance mechanism in the inner ear.

Tinnitus can arise anywhere along the auditory pathway, from the outer ear through the middle and inner ear to the brain's auditory cortex, where it's thought to be encoded (in a sense, imprinted). One of the most common causes of tinnitus is damage to the hair cells in the cochlea (see "Auditory pathways and tinnitus"). These cells help transform sound waves into nerve signals. If the auditory pathways or circuits in the brain don't receive the signals they're expecting from the cochlea, the brain in effect "turns up the gain" on those pathways in an effort to detect the signal — in much the same way that you turn up the volume on a car radio when you're trying to find a station's signal. The resulting electrical noise takes the form of tinnitus — a sound that is high-pitched if hearing loss is in the high-frequency range and low-pitched if it's in the low-frequency range. This kind of tinnitus resembles phantom limb pain in an amputee — the brain is producing abnormal nerve signals to compensate for missing input.

Most tinnitus is "sensorineural," meaning that it's due to hearing loss at the cochlea or cochlear nerve level. But tinnitus may originate in other places. Our bodies normally produce sounds (called somatic sounds) that we usually don't notice because we are listening to external sounds. Anything that blocks normal hearing can bring somatic sounds to our attention. For example, you may get head noise when earwax blocks the outer ear.

If you develop tinnitus, it's important to see your clinician. She or he will take a medical history, give you a physical examination, and do a series of tests to try to find the source of the problem. She or he will also ask you to describe the noise you're hearing (including its pitch and sound quality, and whether it's constant or periodic, steady or pulsatile) and the times and places in which you hear it. Your clinician will review your medical history, your current and past exposure to noise, and any medications or supplements you're taking. Tinnitus can be a side effect of many medications, especially when taken at higher doses (see "Some drugs that can cause or worsen tinnitus").

Musculoskeletal factors — jaw clenching, tooth grinding, prior injury, or muscle tension in the neck — sometimes make tinnitus more noticeable, so your clinician may ask you to tighten muscles or move the jaw or neck in certain ways to see if the sound changes. If tight muscles are part of the problem, massage therapy may help relieve it.

Tinnitus that's continuous, steady, and high-pitched (the most common type) generally indicates a problem in the auditory system and requires hearing tests conducted by an audiologist. Pulsatile tinnitus calls for a medical evaluation, especially if the noise is frequent or constant. MRI or CT imaging may be needed to check for a tumor or blood vessel abnormality.

Your general health can affect the severity and impact of tinnitus, so this is also a good time to take stock of your diet, physical activity, sleep, and stress level — and take steps to improve them. You may also be able to reduce the impact of tinnitus by treating depression, anxiety, insomnia, and pain with medications or psychotherapy.

If you're often exposed to loud noises at work or at home, it's important to reduce the risk of hearing loss (or further hearing loss) by using protectors such as earplugs or earmuff-like or custom-fitted devices.

In addition to treating associated problems (such as depression or insomnia), there are several strategies that can help make tinnitus less bothersome. No single approach works for everyone, and you may need to try various combinations of techniques before you find what works for you. If you have age-related hearing loss, a hearing aid can often make tinnitus less noticeable by amplifying outside sounds.

There is no FDA-approved drug treatment for tinnitus, and controlled trials have not found any drug, supplement, or herb to be any more effective than a placebo. That includes ginkgo biloba, which is sometimes promoted for this purpose. Some patients believe that acupuncture helps, but it too has been found to be no better than a placebo.

The most effective approaches are behavioral strategies and sound-generating devices, often used in combination. They include the following:

Cognitive behavioral therapy (CBT). CBT uses techniques such as cognitive restructuring and relaxation to change the way patients think about and respond to tinnitus. Patients usually keep a diary and perform "homework" to help build their coping skills. Therapy is generally short-term — for example, weekly sessions for two to six months. CBT may not make the sound less loud, but it can make it significantly less bothersome and improve quality of life.

Tinnitus retraining therapy (TRT). This technique is based on the assumption that tinnitus results from abnormal neuronal activity (see "What's going on?"). The aim is to habituate the auditory system to the tinnitus signals, making them less noticeable or less bothersome. The main components of TRT are individual counseling (to explain the auditory system, how tinnitus develops, and how TRT can help) and sound therapy. A device is inserted in the ear to generate low-level noise and environmental sounds that match the pitch, volume, and quality of the patient's tinnitus. Depending on the severity of the symptoms, treatment may last one to two years.

When TRT was developed in the 1980s by neuroscientist Dr. Pawel Jastreboff, it was designed to be administered according to a strict protocol. Today, the term TRT is being used to describe modified versions of this therapy, and the variations make accurate assessment of its effectiveness difficult. Individual studies have reported improvements in as many as 80% of patients with high-pitched tinnitus.

Masking. Masking devices, worn like hearing aids, generate low-level white noise (a high-pitched hiss, for example) that can reduce the perception of tinnitus and sometimes also produce residual inhibition — less noticeable tinnitus for a short time after the masker is turned off. A specialized device isn't always necessary for masking; often, playing music or having a radio, fan, or white-noise machine on in the background is enough. Although there's not enough evidence from randomized trials to draw any conclusions about the effectiveness of masking, hearing experts often recommend a trial of simple masking strategies (such as setting a radio at low volume between stations) before they turn to more expensive options.

Biofeedback and stress management. Tinnitus is stressful, and stress can worsen tinnitus. Biofeedback is a relaxation technique that helps control stress by changing bodily responses. Electrodes attached to the skin feed information about physiological processes such as pulse, skin temperature, and muscle tension into a computer, which displays the output on a monitor. Patients learn how to alter these processes and reduce the body's stress response by changing their thoughts and feelings. Mindfulness-based stress reduction techniques may also help.

Not all insurance companies cover tinnitus treatments in the same way, so be sure to check your coverage. If you're willing to enroll in a research study, you may be able to receive a cutting-edge treatment free. (For more information, go to www.clinicaltrials.gov, and enter the search term "tinnitus.")