A discussion with your doctor may minimize your chance of becoming dependent on or addicted to these powerful painkillers. 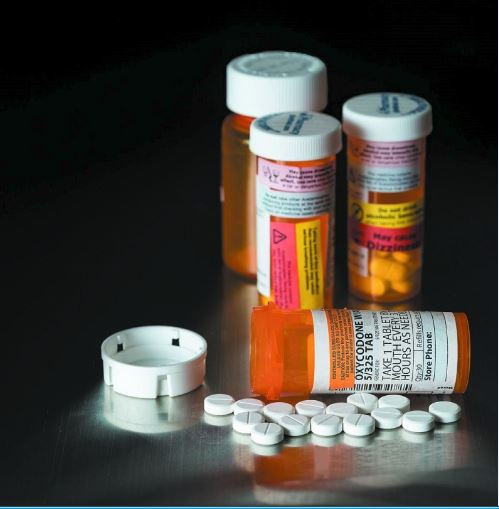 Opioid misuse is now one of most important health problems in the United States, rivaling smoking as a cause of death. Although news reports tend to focus on an opioid crisis among the young, the opioid epidemic is increasingly affecting older people as well. In fact, the rates of hospitalization for opioid overdoses among Medicare recipients quintupled from 1993 through 2012. Although older people are still less likely than younger ones to become addicted or succumb to opioid overdoses, they are more likely to suffer side effects from extended opioid use, including memory and cognition problems and falls.

"Opioid use and pain management is something we deal with constantly," says Dr. Michael L. Barnett, assistant professor of health policy at the Harvard T.H. Chan School of Public Health. According to a report from the U.S. Department of Health and Human Services, nearly one-third of Medicare beneficiaries received at least one prescription for opioids in 2015, and those who did got an average of five such prescriptions or refills. Dr. Barnett and a team of his colleagues decided to investigate how Medicare recipients get opioid prescriptions in the first place.

The researchers examined the records of nearly 380,000 Medicare patients who visited emergency departments (EDs) from 2008 to 2011. None of the patients, who had a variety of conditions and injuries that caused them pain, were taking opioids at the time.

This study also found that people often received opioid prescriptions without asking for them — and in many cases, without knowing that the medications were opioids.

"Don't be afraid to ask your doctors about the prescription you've been given or let them know if you have reservations about taking a particular drug. Most physicians are willing to involve patients in shared decision making," Dr. Barnett says. You'll want to ask the following:

1. Is this medication an opioid?

Drug names are difficult to remember and easily confused, so you'll want to determine whether a painkiller is an opioid.

2. Is this safe to take with my other medications?

Opioids aren't advisable if you're taking a benzodiazepine — a class of drug used to treat anxiety, depression, and insomnia.

3. Are there any non-opioid pain relievers I could take instead?

Some nonsteroidal anti-inflammatory drugs (NSAIDs) like celecoxib (Celebrex) and diclofenac (Voltaren), which are more potent than nonprescription NSAIDs, are available by prescription. Although these medications may have more troublesome side effects than over-the-counter NSAIDs, they won't lead to dependence or addiction.

4. Is this the lowest dose possible?

You don't want to take a higher dose than you need for pain relief. It's better to start with a small dose and ask your doctor to increase it if necessary.

Take the lowest dose possible for the briefest time possible. If you still have unmanageable pain once you've finished your prescription, you can discuss further options, including continued opioid use, with your doctor.

6. How should I taper off the medication?

You may need to gradually reduce the amount you take to avoid withdrawal symptoms like muscle pain and nausea.

7. Should I have some naloxone (Narcan) on hand?

This drug, which rapidly reverses the effects of an opioid overdose, is available by prescription as a nasal spray.

There are a number of effective treatments for addiction, including self-help strategies, psychotherapy, medications, and rehabilitation programs. Get the strategies when you buy Overcoming Addiction: Find an effective path toward recovery, a Harvard special health report.