Stay active as you age to extend your health span

The "active grandparent" hypothesis explains how humans evolved to be physically active throughout life — and why that habit helps ward off heart disease and other chronic ailments. 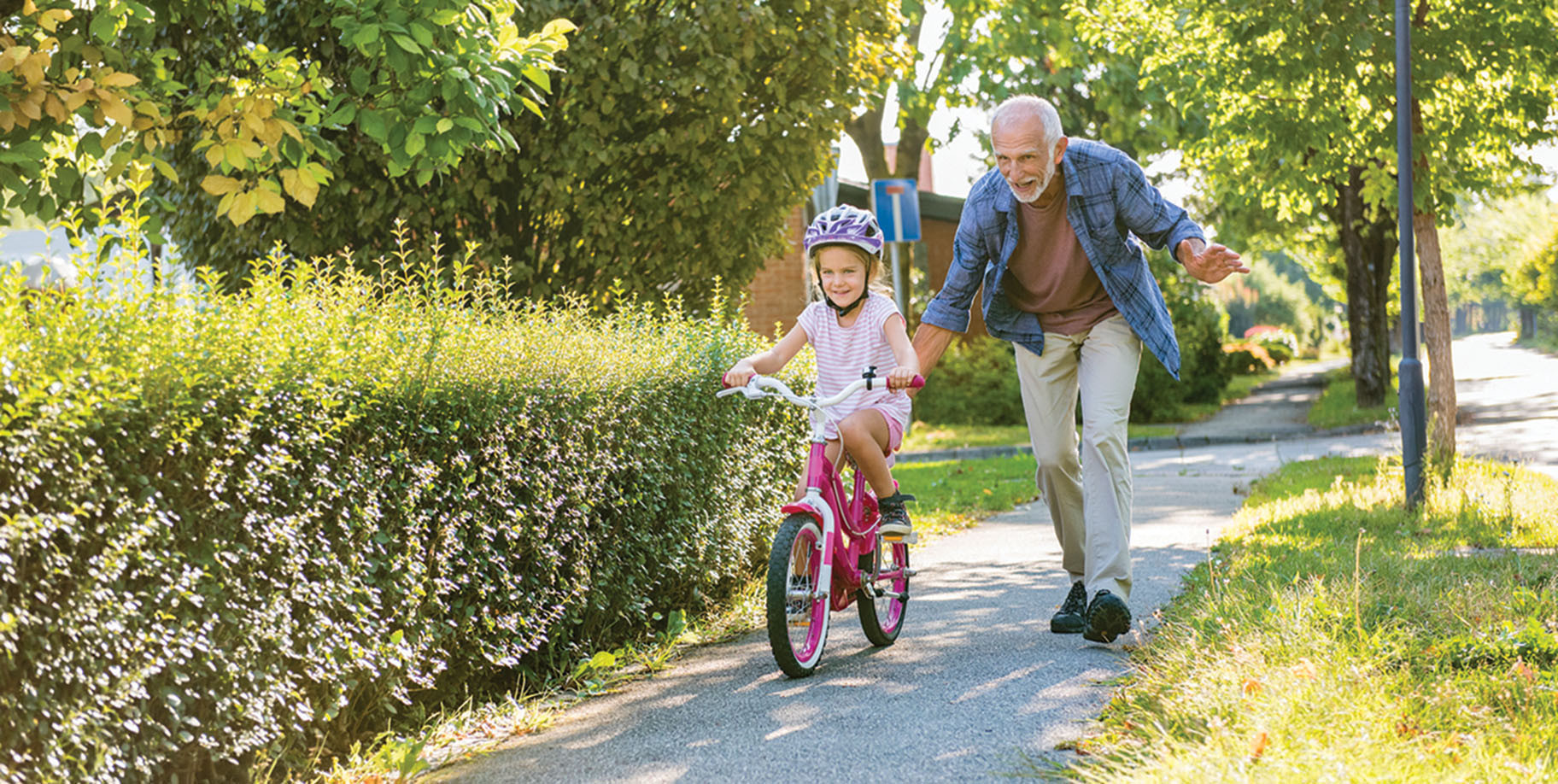 Some people think of the golden years as a time to slow down and take it easy. But our distant (and not-so-distant) ancestors who lived past their mid-60s didn’t have that option.

"Hunter-gatherers had to be physically active to avoid starvation," says paleo­anthro­pologist Daniel E. Lieberman, professor of human evolutionary biology at Harvard University. And as our Stone Age ancestors grew older, they kept foraging to provide surplus food for their children and grandchildren. But according to the "active grandparent" hypothesis, that late-in-life physical activity also helped them live longer, healthier lives. Lieberman and colleagues describe this concept — which provides an evolutionary explanation for the importance of lifelong physical activity — in an article published in 2021 in the Proceedings of the National Academy of Sciences.

Something special happened during the course of human evolution to enable us to live a long time after we stop reproducing, says Lieberman. Most species (including our closest relatives, the great apes) rarely live much past the age of menopause. The active grandparent hypothesis suggests that humans evolved responses to physical activity that explain not just how long we live (our life span) but also how long we remain healthy (our health span).

Until the invention of modern medicine, your life span was usually about the same as your health span. "In the past, once you became very sick, you were likely to die. But with today’s therapies, we can keep sick people alive for decades," says Lieberman. Today in the United States, the average life span is 77 years, but the average health span is 63. "We should stop focusing so much on life span and focus more on health span," he adds.

Lifelong physical activity can extend your health span through two main pathways, both of which involve how people allocate energy. Our ancestors spent a lot of energy being active. But their survival instincts also compelled them to avoid unnecessary activity. That extra energy instead went to storing fat (for times when food was scare) and increasing sex hormone levels to reproduce, Lieberman explains.

This deep-rooted instinct to save energy helps explain why feeling motivated to exercise (defined as discretionary physical activity done for the sake of health) can be challenging. But in today’s environment, where most of us don’t expend any physical effort to meet our basic needs for food and survival, being active is even more crucial. "Being inactive channels that unspent energy into fat storage and excess hormone production. We never evolved to cope with that," says Lieberman.

Why activity helps the heart

Being physically active does more than just burn calories, however. As your lungs, heart, and other muscles start working hard, the resulting physiological stress temporarily damages tissues and cells. A healthy body responds by turning on repair and maintenance mechanisms that heal that damage. "The response also makes the walls of your blood vessels more flexible and elastic, and over time, your heart gets larger and stronger," says Lieberman. On a molecular level, the repair mechanisms help dampen inflammation and discourage blood clot formation, which helps prevent cardiovascular disease.

Here’s the clincher: We don’t turn on those repair and maintenance mechanisms as much if we’re not physically active. Why? "Because as humans evolved, they were never habitually inactive — there was no way they’d survive just sitting around doing nothing day after day. But those mechanisms are what extends your health span, and that’s why we evolved to be active as we age," says Lieberman. "Physical activity is both the cause and effect of a lengthy life span."

Still, it’s perfectly normal to avoid exercise as a voluntary, optional activity, he says. People who don’t like exercising are simply following their natural instincts to preserve energy. However, we also evolved to be physically active when it was rewarding for reasons other than survival. Sports and dancing are all rewarding because they’re fun, communal events that help people connect with others.

"In today’s world, we can make physical activity necessary in our own lives by making it rewarding, and the best way to do that is to make it a social event," says Lieberman. As for himself, he goes on long runs with his friend, neighbor, and Harvard colleague Dr. Aaron Baggish, a co-author of the study and director of the Cardiovascular Performance Lab at Massachusetts General Hospital. "We text each other in the evening to make a plan. It doesn’t always feel like a great idea early the next morning, but because I know Aaron’s going to be waiting for me on the corner at 6 a.m., it gets me out of bed."

You certainly don’t have to run or even jog to reap the health benefits of physical activity — walking also works. Nor do you have to spend lots of time, as ample evidence suggests that as little as 10 to 20 minutes of physical activity a day can have a major impact on your heart health and longevity. So find a friend to commit to a regular exercise date. "It’s a great way to succeed with your exercise goals, and it also makes sense from an evolutionary perspective," Lieberman says. You can read more about these ideas in his latest book, Exercised: Why Something We Never Evolved to Do Is Healthy and Rewarding. 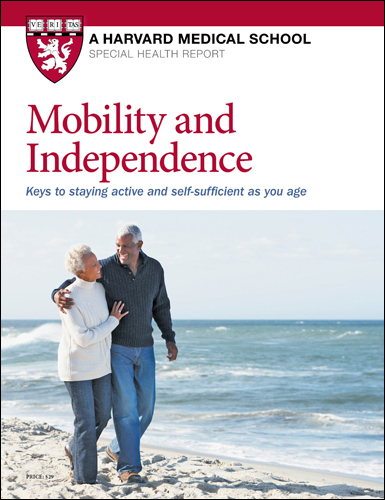 Mobility and Independence, a Special Health Report from Harvard Medical School, will help you maintain your mobility and safeguard your independence. It will give you recommendations for exercise, diet, preventive care, and lifestyle choices that will keep you stronger and steadier with fewer aches and more stamina. Plus, you’ll get advice for aging in place, adapting and fall-proofing your home, choosing services, and more.