How it’s made: Cholesterol production in your body

Only about 20% of the cholesterol in your bloodstream comes from the food you eat. Your body makes the rest.

Cholesterol has a bad reputation, thanks to its well-known role in promoting heart disease. Excess cholesterol in the bloodstream is a key contributor to artery-clogging plaque, which can accumulate and set the stage for a heart attack. However, the role of cholesterol in your body is not all negative.

To fully explain cholesterol, you need to realize that it's also vital to your health and well-being. Although we measure cholesterol production in the blood, it's found in every cell in the body. The Harvard Special Health Report Managing Your Cholesterol explains cholesterol as a waxy, whitish-yellow fat and a crucial building block in cell membranes. Cholesterol also is needed to make vitamin D, hormones (including testosterone and estrogen), and fat-dissolving bile acids. In fact, cholesterol production is so important that your liver and intestines make about 80% of the cholesterol you need to stay healthy. Only about 20% comes from the foods you eat. (See illustration.) 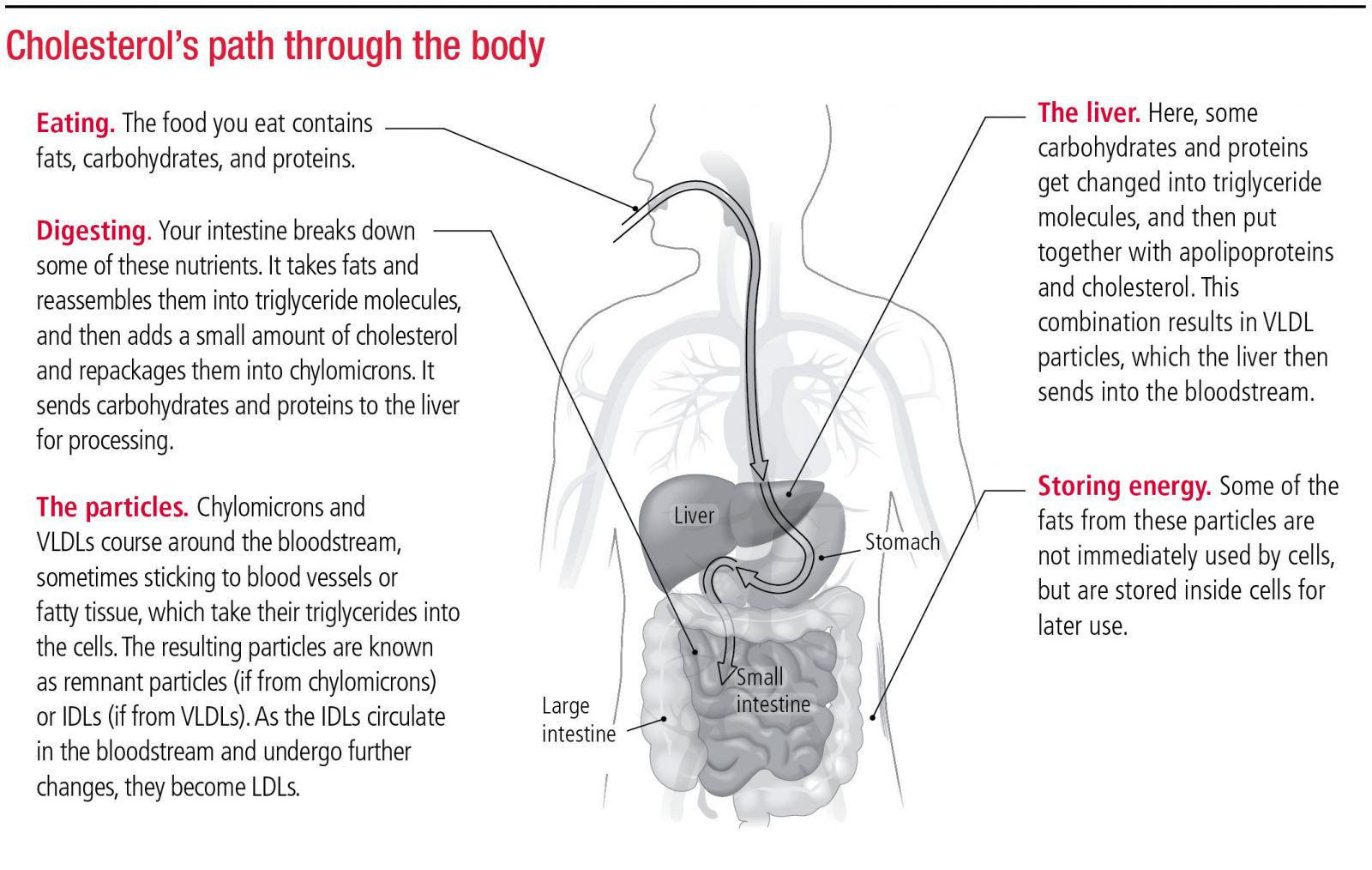 If you eat only 200 to 300 milligrams (mg) of cholesterol a day (one egg yolk has about 200 mg), your liver will produce an additional 800 milligrams per day from raw materials such as fat, sugars, and proteins.

Since cholesterol is a fat, it can't travel alone in the bloodstream. It would end up as useless globs (imagine bacon fat floating in a pot of water). To get around this problem, the body packages cholesterol and other lipids into minuscule protein-covered particles that mix easily with blood. These tiny particles, called lipoproteins (lipid plus protein), move cholesterol and other fats throughout the body.

Cholesterol and other lipids circulate in the bloodstream in several different forms. Of these, the one that gets the most attention is low-density lipoprotein— better known as LDL, or "bad" cholesterol. But lipoproteins come in a range of shapes and sizes, and each type has its own tasks. They also morph from one form into another. These are the five main types: