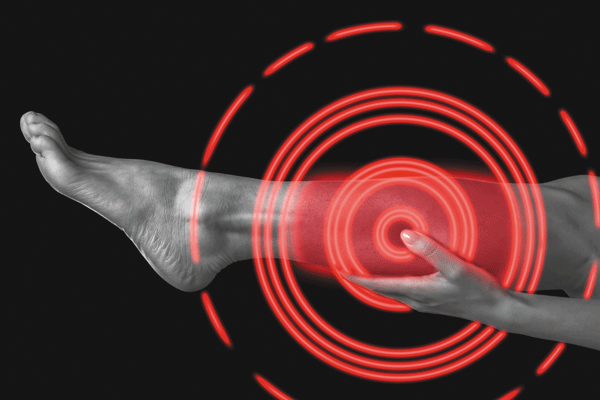 Clots in the lungs are twice as deadly as heart attacks.

If you scrape your leg, blood clots come to the rescue to heal the wound. But if a blood clot forms deep inside a leg vein, it's a different story. Known as a venous thrombosis—a term meaning "blood clot in a vein"—this type of clot can cause pain, swelling, and redness in the affected limb. When one forms in a leg or arm, it's called deep-vein thrombosis (DVT). But the real threat happens if the clot breaks off and travels to the lungs, causing a pulmonary embolism.

One or both of these conditions strike at least 900,000 Americans each year, killing over 100,000. But many Americans don't recognize the symptoms (see boxes) or the serious nature of venous thromboembolism, or VTE. Pulmonary embolisms are twice as deadly as heart attacks.

Until recently, doctors thought of VTE as a short-lived condition that could be successfully treated with a brief course of anti-clotting drugs. "We now understand that it's a chronic illness—similar to diabetes and heart disease—that may require lifelong management," says Dr. Samuel Z. Goldhaber, senior cardiologist at Harvard-affiliated Brigham and Women's Hospital. In fact, the same factors that make people more likely to have heart disease, such as high blood pressure, smoking, and obesity, also make them more susceptible to a VTE. Most occur in people ages 60 or older, but younger people can get them, too.

Damage to a blood vessel, from either an injury or surgery, can provoke a blood clot. Being confined to bed during the recovery period leads to sluggish blood flow, further increasing the risk. More than half of VTEs are related to a recent hospital stay or surgery, but most don't occur until after you've left the hospital. Undergoing treatment for cancer also raises your risk. So can prolonged sitting during long-distance travel.

Between 5% and 8% of people have one of several inherited disorders that make them more prone to clots. If you or a family member has suffered a VTE, ask your doctor about family testing for clotting disorders, which might be considered if there was no other explanation for the clots.

Treating a VTE typically includes injections of an anti-clotting drug such as heparin, followed by drugs such as rivaroxaban (Xarelto), apixaban (Eliquis), dabigatran (Pradaxa), or edoxaban (Savaysa), which are taken in pill form. People with less serious cases may need only oral drugs, while more serious cases may require clot-dissolving medications given through an intravenous (IV) line or through a thin, flexible tube (catheter), which is done in a hospital.

How long you stay on the anti-clotting drugs depends on your situation. When a clot develops after surgery, doctors often recommend staying on the drug for three to six months. But there's an increasing trend to keep people on the medications for longer time periods, in part because of the chronic nature of the problem, says Dr. Goldhaber. Three in 10 people who have a VTE will have another episode within 10 years.

If you're slated for surgery or are confined to bed because of an illness or injury, talk to your doctor about ways to prevent DVT. For most people, walking as soon as possible after an operation can lower the risk. Doctors sometimes prescribe anti-clotting drugs in high-risk people after surgery. Another option is graduated compression stockings. These knee-high socks apply pressure to the lower legs, with the greatest pressure at the ankle. They gently increase blood flow from the ankle toward the thigh.

If you have to sit for several hours at a time—on a plane, in a train or car, at work, or even at home—the following tips may help prevent DVT: