Daily aspirin for disease prevention: When do the benefits outweigh the risks?

A daily aspirin may help defend against heart disease, but it should still be used with caution. 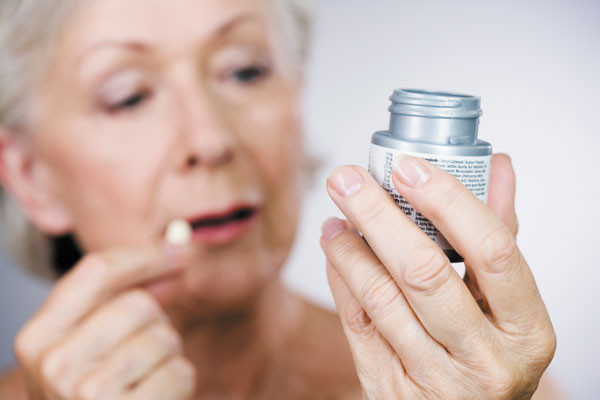 Aspirin tablets have been a staple of home medicine cabinets and first-aid kits for nearly 100 years. Long before that, people chewed willow tree bark, which contains aspirin-like compounds, to treat a variety of ailments. On top of being an excellent painkiller and fever reducer at its standard dosage, aspirin dramatically reduces the risks for a second heart attack and certain types of stroke when taken daily at a low (81-mg) dose. Research also suggests that aspirin might help limit the growth of colorectal cancer and possibly inhibit other cancers as well, but more research in this area is needed.

These benefits, coupled with the fact that aspirin is both cheap and relatively safe, have led the U.S. Preventive Services Task Force (USPSTF) to recommend that even some healthy people take a daily aspirin to ward off future disease. But figuring out exactly who is likely to benefit most from this therapy is a more complex calculation, says Dr. Michael Gaziano, a professor of medicine at Harvard Medical School and cardiologist at Brigham and Women's Hospital.