Tremors may be nothing to worry about or something more serious. But don't let them go unchecked. 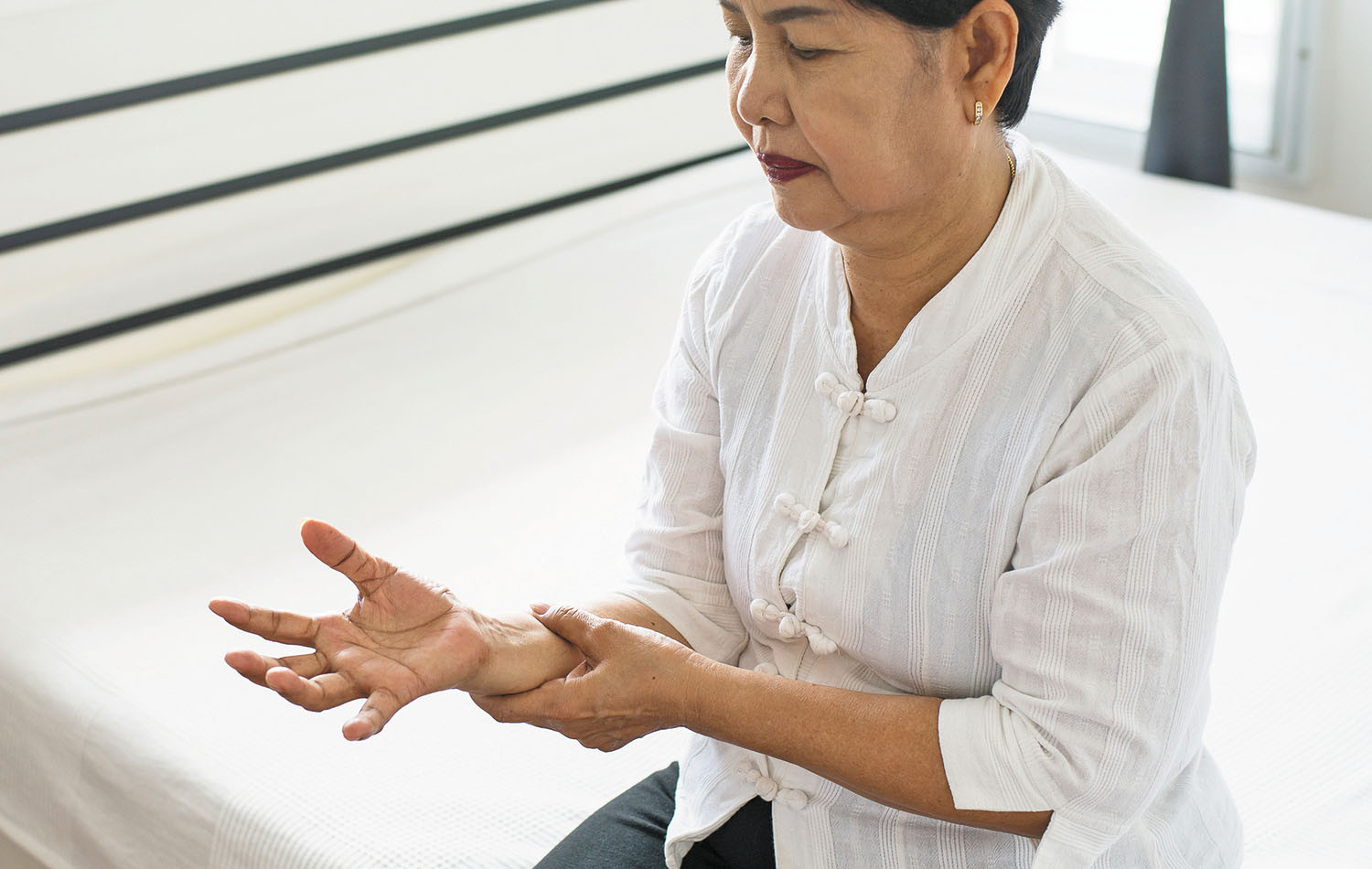 Do you ever notice that you can't seem to hold a coffee cup still? Or that your hands sometimes tremble so much it interferes with daily chores? Those involuntary hand movements are called tremors. "They're common in middle and older age," says Dr. Chizoba Umeh, a neurologist who specializes in movement disorders at Harvard-affiliated Brigham and Women's hospital. "They're not life-threatening, but people with severe tremors may have a hard time feeding themselves, dressing, or driving."

Hand tremors may occur at rest (such as in Parkinson's disease) or they may occur with activity. Most resting hand tremors look like you're rolling a pill between your thumb and index finger. When you do something, the tremor disappears.

Hand tremors that occur with activity are described based on when they appear:

We all have a little bit of tremor called a physiologic tremor; it's natural and not usually noticeable. Tremors that aren't natural include these types:

Medication-induced tremor. Some medications can cause tremors, such as the antidepressant bupropion (Wellbutrin) and the anti-arrhythmic drug amiodarone (Cordarone). The resulting tremor is often postural.

Parkinsonian tremor. This resting, pill-rolling tremor can occur with or without the degenerative neurological condition Parkinson's disease.

Essential tremor. This is a benign tremor that causes involuntary shaking in various body parts, including the hands, head, and voice box. "A person with essential tremor may have a postural hand tremor or an intention tremor," Dr. Umeh says.

Cerebellar tremor. This is an intention tremor caused by damage to the cerebellum in the back of the brain, often from a stroke or multiple sclerosis. "The cerebellum helps coordinate movement, like reaching out to grasp a doorknob. Cerebellar damage can cause your hand to miss the doorknob," Dr. Umeh says.

Post-stroke tremor. After a stroke, a person can have a variety of tremors. "If there's damage to the cerebellum there can be an intention tremor. If the damage is in the basal ganglia, the person can have a resting tremor," Dr. Umeh explains.

Diagnosing a tremor requires a physical exam and a careful analysis of your medical history. "I want to know what it looks like and if there are any associated features. Is there balance impairment, stiffness, or slowness of movement as in Parkinson's disease? Was there a stroke? Is there a brain lesion? Is the person taking a certain kind of medication? Does the person consume a lot of caffeine or have any other underlying conditions?" asks Dr. Umeh. She says it may be necessary to order lab work to check for thyroid disease or get an image of the brain to check for signs of a past stroke.

Some tremors can be eliminated or dramatically reduced. For enhanced physiologic tremor, you may just need to cut back on caffeine or manage stress. Tremors caused by thyroid disorder or alcohol withdrawal may be reduced by treating those conditions.

Medication-induced tremors may be resolved by switching to a different type of medication. Essential tremor is often treated with medications such as the beta blocker propranolol (Inderal) or the antiseizure drug primidone (Mysoline). Parkinsonian tremors may be reduced with anti-parkinsonian medications or a procedure called deep brain stimulation, in which electrodes are implanted in the brain to stimulate areas regulating movements such as tremors.

Other ways to cope

Because hand tremors can interfere with eating and other tasks, it may help to use weighted eating utensils and to work with an occupational therapist for help with fine motor skills, such as buttoning clothes. "Take heart," Dr. Umeh says. "Tremors can be very frustrating, but you can learn to live with them."