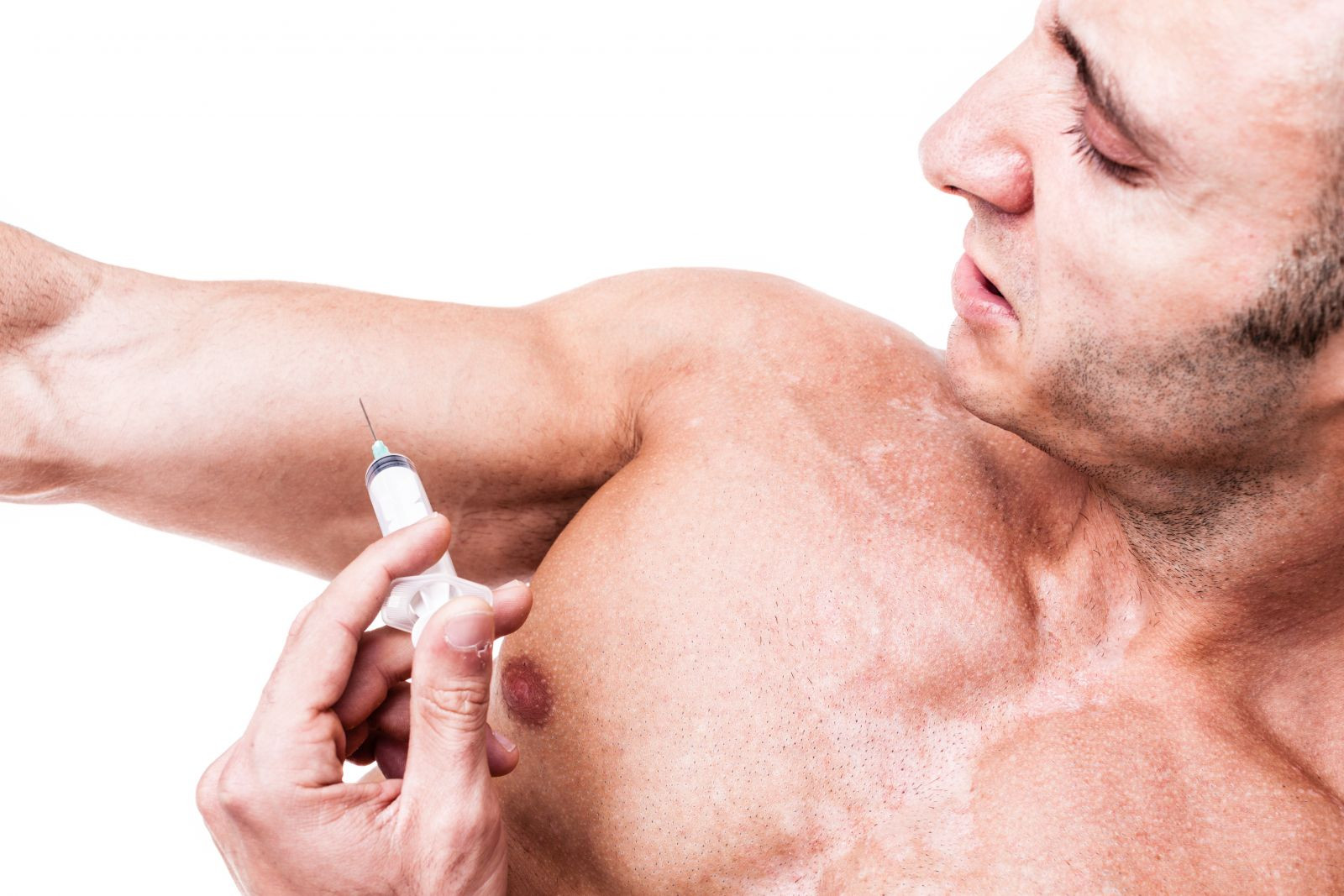 Can human growth hormones really benefit aging, like the elusive fountain of youth? In 1513, the Spanish explorer Juan Ponce de Leon arrived in Florida to search for the fountain of youth. If he got any benefit from his quest, it was due to the exercise involved in the search.

Few men today believe in miraculous waters, but many, it seems, believe in the syringe of youth. Instead of drinking rejuvenating waters, they inject human growth hormone to slow the tick of the clock. Some are motivated by the claims of the "anti-aging" movement, others by the examples of young athletes seeking a competitive edge. Like Ponce de Len, the athletes still get the benefit of exercise, while older men may use growth hormone shots as a substitute for working out. But will growth hormone boost performance or slow aging? And is it safe?

What is human growth hormone?

Growth hormone (GH) is a small protein that is made by the pituitary gland and secreted into the bloodstream. GH production is controlled by a complex set of hormones produced in the hypothalamus of the brain and in the intestinal tract and pancreas.

The pituitary puts out GH in bursts; levels rise following exercise, trauma, and sleep. Under normal conditions, more GH is produced at night than during the day. This physiology is complex, but at a minimum, it tells us that sporadic blood tests to measure GH levels are meaningless since high and low levels alternate throughout the day. But scientists who carefully measure overall GH production report that it rises during childhood, peaks during puberty, and declines from middle age onward.

GH acts on many tissues throughout the body. In children and adolescents, it stimulates the growth of bone and cartilage. In people of all ages, GH boosts protein production, promotes the utilization of fat, interferes with the action of insulin, and raises blood sugar levels. GH also raises levels of insulin-like growth factor-1 (IGF-1).

GH is available as a prescription drug that is administered by injection. GH is indicated for children with GH deficiency and others with very short stature. It is also approved to treat adult GH deficiency — an uncommon condition that almost always develops in conjunction with major problems afflicting the hypothalamus, pituitary gland, or both. The diagnosis of adult GH deficiency depends on special tests that stimulate GH production; simple blood tests are useless at best, misleading at worst.

Adults with bona fide GH deficiencies benefit from GH injections. They enjoy protection from fractures, increased muscle mass, improved exercise capacity and energy, and a reduced risk of future heart disease. But there is a price to pay. Up to 30% of patients experience side effects that include fluid retention, joint and muscle pain, carpal tunnel syndrome (pressure on the nerve in the wrist causing hand pain and numbness), and high blood sugar levels.

Adults who are GH deficient get larger muscles, more energy, and improved exercise capacity from replacement therapy. Athletes work hard to build their muscles and enhance performance. Some also turn to GH.

It's not an isolated problem. Despite being banned by the International Olympic Committee, Major League Baseball, the National Football League, and the World Anti-Doping Agency, GH abuse has tainted many sports, including baseball, cycling, and track and field. Competitive athletes who abuse GH risk disqualification and disgrace. What do they gain in return? And do they also risk their health?

Because GH use is banned and athletic performance depends on so many physical, psychological, and competitive factors, scientists have been unable to evaluate GH on the field. But they can conduct randomized clinical trials that administer GH or a placebo to healthy young athletes and then measure body composition, strength, and exercise capacity in the lab.

A team of researchers from California conducted a detailed review of 44 high-quality studies of growth hormone in athletes. The subjects were young (average age 27), lean (average body mass index 24), and physically fit; 85% were male. A total of 303 volunteers received GH injections, while 137 received placebo.

After receiving daily injections for an average of 20 days, the subjects who received GH increased their lean body mass (which reflects muscle mass but can also include fluid mass) by an average of 4.6 pounds. That's a big gain — but it did not translate into improved performance. In fact, GH did not produce measurable increases in either strength or exercise capacity. And the subjects who got GH were more likely to retain fluid and experience fatigue than were the volunteers who got the placebo.

If you were a jock in high school or college, you're likely to wince at the memory of your coach barking "no pain, no gain" to spur you on. Today, athletes who use illegal performance-enhancing drugs risk the pain of disqualification without proof of gain.

To evaluate the safety and efficacy of GH in healthy older people, a team of researchers reviewed 31 high-quality studies that were completed after 1989. Each of the studies was small, but together they evaluated 220 subjects who received GH and 227 control subjects who did not get the hormone. Two-thirds of the subjects were men; their average age was 69, and the typical volunteer was overweight but not obese.

The dosage of GH varied considerably, and the duration of therapy ranged from two to 52 weeks. Still, the varying doses succeeded in boosting levels of IGF-1, which reflects the level of GH, by 88%.

As compared to the subjects who did not get GH, the treated individuals gained an average of 4.6 pounds of lean body mass, and they shed a similar amount of body fat. There were no significant changes in LDL ("bad") cholesterol, HDL ("good") cholesterol, triglycerides, aerobic capacity, bone density, or fasting blood sugar and insulin levels. But GH recipients experienced a high rate of side effects, including fluid retention, joint pain, breast enlargement, and carpal tunnel syndrome. The studies were too short to detect any change in the risk of cancer, but other research suggests an increased risk of cancer in general and prostate cancer in particular.

HGH, or simple diet and exercise?

"Every man desires to live long," wrote Jonathan Swift, "but no man would be old." He was right, but the fountain of youth has proved illusory. GH does not appear to be either safe or effective for young athletes or healthy older men. But that doesn't mean you have to sit back and let Father Time peck away at you. Instead, use the time-tested combination of diet and exercise. Aim for a moderate protein intake of about .36 grams per pound of body weight; even big men don't need more than 65 grams (about 2 ounces) a day, though athletes and men recovering from illnesses or surgery might do well with about 20% more. Plan a balanced exercise regimen; aim for at least 30 minutes of moderate exercise, such as walking, a day, and be sure to add strength training two to three times a week to build muscle mass and strength. You'll reduce your risk of many chronic illnesses, enhance your vigor and enjoyment of life, and — it's true — slow the tick of the clock. 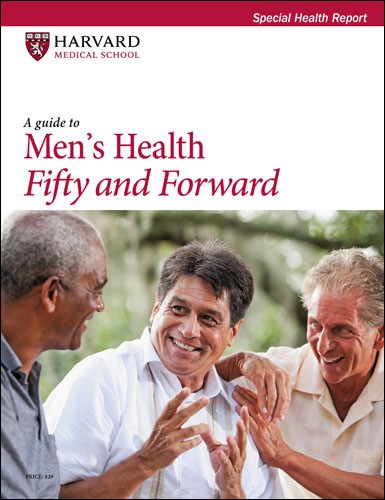 A Guide to Men's Health Fifty and Forward

This Special Health Report, A Guide to Men's Health Fifty and Forward, offers steps and strategies to lessen — or prevent — threats to a man's well-being and longevity. It provides a wide-ranging, clear-eyed look at the leading causes of death for men at midlife and beyond. It examines those factors that put them at risk for a variety of health problems and explains the important measures that can be taken to reduce risk and live a longer, healthier life.