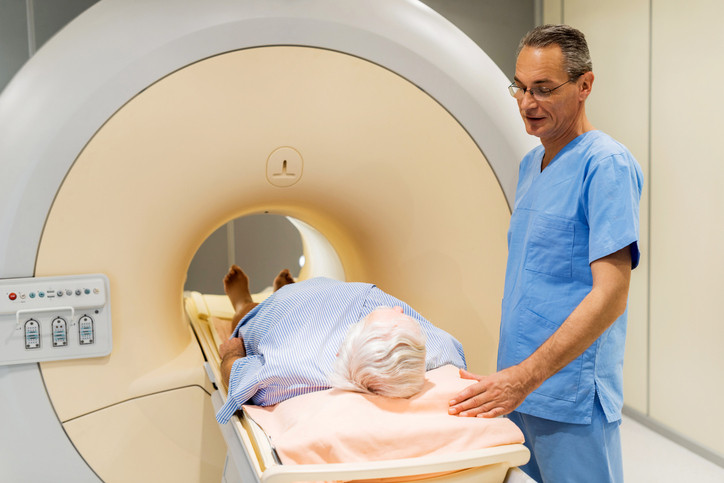 There's always questions about radiation exposure from medical imaging. Patients want to know if radiation from mammograms, bone density tests, computed tomography (CT) scans, and so forth will increase their risk of developing cancer. For most women, there's very little risk from routine x-ray imaging such as mammography or dental x-rays. But many experts are concerned about an explosion in the use of higher radiation–dose tests, such as CT and nuclear imaging.

Over 80 million CT scans are performed in the United States each year, compared with just three million in 1980. There are good reasons for this trend. CT scanning and nuclear imaging have revolutionized diagnosis and treatment, almost eliminating the need for once-common exploratory surgeries and many other invasive and potentially risky procedures. The benefits of these tests, when they're appropriate, far outweigh any radiation-associated cancer risks, and the risk from a single CT scan or nuclear imaging test is quite small. But are we courting future public health problems?

Exposure to ionizing radiation on the rise

The radiation you get from x-ray, CT, and nuclear imaging is ionizing radiation — high-energy wavelengths or particles that penetrate tissue to reveal the body's internal organs and structures. Ionizing radiation can damage DNA, and although your cells repair most of the damage, they sometimes do the job imperfectly, leaving small areas of "misrepair." The result is DNA mutations that may contribute to cancer years down the road.

We're exposed to small doses of ionizing radiation from natural sources all the time — in particular, cosmic radiation, mainly from the sun, and radon, a radioactive gas that comes from the natural breakdown of uranium in soil, rock, water, and building materials. How much of this so-called background radiation you are exposed to depends on many factors, including altitude and home ventilation. But the average is 3 millisieverts (mSv) per year. (A millisievert is a measure of radiation exposure; see "Measuring radiation.")

Exposure to ionizing radiation from natural or background sources hasn't changed since about 1980, but Americans' total per capita radiation exposure has nearly doubled, and experts believe the main reason is increased use of medical imaging. The proportion of total radiation exposure that comes from medical sources has grown from 15% in the early 1980s to 50% today. CT alone accounts for 24% of all radiation exposure in the United States, according to a report issued in March 2009 by the National Council on Radiation Protection and Measurements.

We've long known that children and teens who receive high doses of radiation to treat lymphoma or other cancers are more likely to develop additional cancers later in life. But we have no clinical trials to guide our thinking about cancer risk from medical radiation in healthy adults. Most of what we know about the risks of ionizing radiation comes from long-term studies of people who survived the 1945 atomic bomb blasts at Hiroshima and Nagasaki. These studies show a slightly but significantly increased risk of cancer in those exposed to the blasts, including a group of 25,000 Hiroshima survivors who received less than 50 mSv of radiation — an amount you might get from three or more CT scans. (See "Imaging procedures and their approximate effective radiation doses.")

The atomic blast isn't a perfect model for exposure to medical radiation, because the bomb released its radiation all at once, while the doses from medical imaging are smaller and spread over time. Still, most experts believe that can be almost as harmful as getting an equivalent dose all at once.

Most of the increased exposure in the United States is due to CT scanning and nuclear imaging, which require larger radiation doses than traditional x-rays. A chest x-ray, for example, delivers 0.1 mSv, while a chest CT delivers 7 mSv (see the table) — 70 times as much. And that's not counting the very common follow-up CT scans.

In a 2009 study from Brigham and Women's Hospital in Boston, researchers estimated the potential risk of cancer from CT scans in 31,462 patients over 22 years. For the group as a whole, the increase in risk was slight — 0.7% above the overall lifetime risk of cancer in the United States, which is 42%. But for patients who had multiple CT scans, the increase in risk was higher, ranging from 2.7% to 12%. (In this group, 33% had received more than five CT scans; 5%, more than 22 scans; and 1%, more than 38.)

Unless you were exposed to high doses of radiation during cancer treatment in youth, any increase in your risk for cancer due to medical radiation appears to be slight. But we don't really know for sure, since the effects of radiation damage typically take many years to appear, and the increase in high-dose imaging has occurred only since 1980.

So until we know more, you will want to keep your exposure to medical radiation as low as possible. You can do that in several ways, including these:

Discuss any high-dose diagnostic imaging with your clinician. If you need a CT or nuclear scan to treat or diagnose a medical condition, the benefits usually outweigh the risks. Still, if your clinician has ordered a CT, it's reasonable to ask what difference the result will make in how your condition is managed; for example, will it save you an invasive procedure?

Keep track of your x-ray history. It won't be completely accurate because different machines deliver different amounts of radiation, and because the dose you absorb depends on your size, your weight, and the part of the body targeted by the x-ray. But you and your clinician will get a ballpark estimate of your exposure.

Consider a lower-dose radiation test. If your clinician recommends a CT or nuclear medicine scan, ask if another technique would work, such as a lower-dose x-ray or a test that uses no radiation, such as ultrasound (which uses high-frequency sound waves) or MRI (which relies on magnetic energy). Neither ultrasound nor MRI appears to harm DNA or increase cancer risk.

Consider less-frequent testing. If you're getting regular CT scans for a chronic condition, ask your clinician if it's possible to increase the time between scans. And if you feel the CT scans aren't helping, discuss whether you might take a different approach, such as lower-dose imaging or observation without imaging.

Don't seek out scans. Don't ask for a CT scan just because you want to feel assured that you've had a "thorough checkup." CT scans rarely produce important findings in people without relevant symptoms. And there's a chance the scan will find something incidental, spurring additional CT scans or x-rays that add to your radiation exposure.