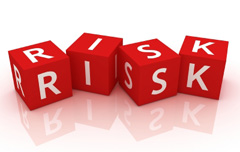 If the thought of a “nuclear meltdown” scares you more than the thought of undergoing a medical test that involves radiation, there’s a reason for that – and it involves more than just the amount of radiation involved in one versus the other. It has to do with the way you (and all of us) perceive risks.

I was reminded of this as I watched the news about the triple-whammy tragedy unfolding in Japan. The devastating earthquake and killer tsunami were shocking to behold as they unfolded on television screens. But it was the latest development—reports that damaged nuclear power plants are emitting radiation into the atmosphere—that really terrified me, even though I live thousands of miles away from the disaster. It seems to be having a similar effect on many of my fellow Americans, some of whom have begun stockpiling potassium iodide pills, which help protect against radiation-induced thyroid cancer.

It’s still too early to tell how much radiation has leaked into the atmosphere in Japan, never mind how much—if any—might migrate thousands of miles away to New England. But my own emotional reaction made me wonder what happens psychologically when we hear phrases like “nuclear meltdown.”

It’s likely that several things are going on in our brains at once—as explained in an article by risk expert David Ropeik when he was at the Harvard School of Public Health. He lists 14 factors that influence our perception of risk. Nuclear disasters hit several of these psychological buttons at once. Exposure to the sun seems benign, even though visible and ultraviolet light are natural forms of radiation, while exposure to radiation from a nuclear power plant—something man made—seems downright sinister. Nuclear disasters are hard to understand, and we may not trust the “experts” who are reassuring us everything is fine. Another hot button is how will it affect me and my family. Radiation exposure in particular can have long-term effects, such as cancer—as my colleague Pat Skerrett points out in a related post.

Apply Ropeik’s risk perception factors to the nuclear crisis in Japan, and 12 of them point toward a heightened perception of risk.

That’s why it’s so important to seek out facts before succumbing to fear. It’s too early to tell what the radiation fallout is in Japan—or elsewhere. Until the facts become clearer, try to keep the fear, and the risk, in perspective.