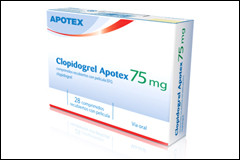 Millions of people with heart disease who take the blood thinner clopidogrel (Plavix) can now look forward to having fatter wallets. Plavix lost its patent protection this month, and on May 17 the Food and Drug Administration gave several companies the okay to sell its generic form. Clopidogrel users can now buy Plavix or an equally effective generic version in a 75-mg dose at a much lower price.

The change may also save lives. “We have seen more than a few patients have heart attacks because they had stopped taking clopidogrel due to the expense,” said Dr. Thomas Lee, professor of medicine at Harvard Medical School and co-editor in chief of the Harvard Heart Letter. “I think the lower price is going to save some lives.”

Whenever a brand-name drug goes generic, people wonder whether the generic will be as good as—or as safe as—the original.

“Because a generic must prove it has the same anti-platelet effect as clopidogrel, it’s really the same drug and should be safe. I will recommend that all my patients switch over, because it’s money wasted otherwise,” says Dr. Christopher Cannon, a cardiologist at Brigham and Women’s Hospital and professor of medicine at Harvard Medical School.

The price difference may mean a substantial savings for the 50 million people in the United States who have been buying clopidogrel at an average cost of $200 per month.  The makers of clopidogrel are offering the drug for $37 a month through the end of 2012 to people who qualify, including those with private insurance or paying case. It does not include those on Medicare and Medicaid.

But the biggest savings may be found at pharmacies in big-box stores, which have started selling the generic for a $10 co-pay to people with insurance or $40 in cash. The price may drop further when six additional generics in the standard 75-mg dose and four in 300-mg doses hit the market.

Called “a drug of major historical significance,” clopidogrel may stand with aspirin and statins among the most important heart drugs ever developed. Its ability to interfere with platelets’ natural tendency to form clots has saved the lives of countless individuals with heart disease. Since its approval by the FDA in 1997, clopidogrel has been used to reduce the risk of death or heart attack after a recent heart attack or stroke and in people with peripheral arterial disease.

Clopidogrel combined with aspirin has also been indispensable to the success of stenting. In this nonsurgical alternative to open-heart surgery, a tiny wire cage is delivered to a narrowed coronary artery via a hollow tube inserted in the groin. Once it is positioned inside the artery, it is expanded to hold the artery open for better blood flow. Yet in the early days, the procedure was nearly doomed by blood clots from forming inside the stents. Today, the combination of clopidogrel and aspirin is given to virtually all people who receive a stent. As a result, the number of heart attacks caused by in-stent clots is negligible. The only question that remains is the length of time this dual therapy is needed.

Despite its contribution to the treatment of heart disease, clopidogrel is not ideal for everyone who needs it. It can cause unwanted and sometimes serious or fatal bruising and bleeding. Also, an estimated one in three users lack the gene that allows their body to metabolize the drug, rendering it ineffective as a clot preventer. Genetic and platelet function tests are now available to determine whether an individual will respond to clopidogrel. Many physicians, though, haven’t adopted the habit of ordering such tests before prescribing the drug.

But the biggest threat to clopidogrel is not cost, generic competition, side effects, or lack of efficacy. The biggest threat to its role as standard of care in heart attack and stenting comes from newer drugs such as ticagrelor and prasugrel, which are already giving clopidogrel a run for its money. These drugs have shown they can do an even better job at preventing heart attacks or death in certain people with heart disease. But overthrowing the world’s best-selling drug may take time. It is likely that clopidogrel by any name will continue to save lives for years to come.

Of course it is good if a drug that people need can be obtain cheaper. However I rally wish western medicine would get a whole lot better at preventative medicine and “whole person” care instead of just focusing on the immediate complaint. If there was a little more attention up front maybe we could avoid some of the problems later on. But I want to thank all the medical professionals and researchers for all their hard work and dedication.

To be honest, I love when meds go generic, because it leaves more people with options vs quality. especially that everyone should be able to have affordable health insurace since the law is official now that obama won the vote about over a week ago.

Enough of this price hording. I just hope they dont water down the effectivness of these meds now. The health industry can be shady at times.

I too would like to know what it means for medicare. Will we need to expect higher rates on our Medicare Supplemental Insurance Plan?

Which blog you have shared really informative and interesting , I like it .

plavix is good but have side effect.. so be careful of using it..

I have the seem question as Gary A. why do the elderly have to pay more.?Do the Drs. get a bigger pay back from it. I think its a disgrace to go after the elderly, when alot of them are financially striped; thanks

There must be a generic version of any medicine which is required at the critical levels so that any person who needs it badly, well, get the one generic type easily.

The change may also save lives. “We have seen more than a few patients have heart attacks because they had stopped taking clopidogrel due to the expense,” said Dr. Thomas Lee
Nice info thank for share

Plavix has side effects, and now tha is cheaper, maybe we’ll see those on the rise, so ve careful.

While I’m sure this can benefit some people, not everyone should be switching simply because its gone generic. As stated, Plavix has its side effects.

So what does this mean for users on Medicare. Is there an alternative to continuing to pay the $6-$7 per pill for the rest of 2012? Why would Medicare users have to pay a higher rate than the rest of the population?