Using the glycemic index to stave off holiday weight gain 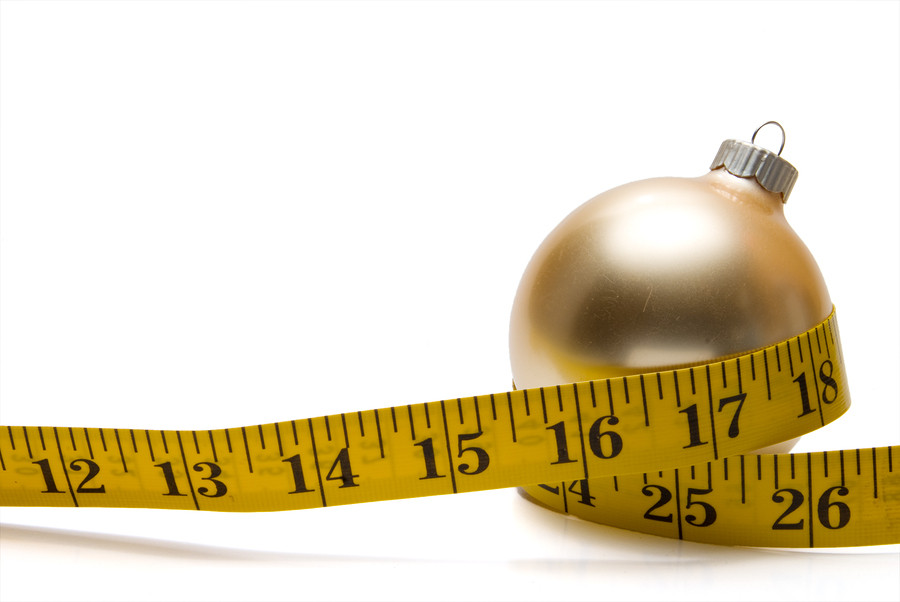 As the holiday season gets underway, you might wonder why you feel compelled return to the office cookie tin or to sample the party’s dessert platter more often than you probably should. The glycemic index—a measure of how fast carbohydrates are turned into sugar—offers an answer (see “How the glycemic index works”). The cakes, cookies, and candies tempting you have a high glycemic index. As I write in the December Harvard Women’s Health Watch, foods with a high glycemic index are likely to provide a rush of energy, but leave you hungry and craving food within a few hours, setting the vicious cycle of holiday overeating in motion. Your indulgences may be due less to a failure of will than to the strong forces of human biology.

Why high glycemic index foods make you hungrier and heavier

Dr. David Ludwig, director of the New Balance Foundation Obesity Prevention Center at Harvard-affiliated Boston Children’s Hospital, and his colleagues have discovered some clues to why people on a high- glycemic index diet find it harder to lose weight and keep it off.

In 2012, the team determined that people who had lost 10% to 15% of their body weight burned fewer calories, and so were more likely to gain weight back, if they ate high-glycemic foods instead of low-glycemic foods. In 2013, they found that after people consumed a high glycemic index meal, they were hungrier, had lower blood sugar, and had more activity in the area of the brain that is associated with craving and reward than after they ate a low glycemic index meal containing the same number of calories. In effect, they were more likely to want another high glycemic index snack to boost their blood sugar.

For a list of the glycemic index and glycemic load of 100 foods, visit /glycemic.

“A low glycemic diet is pretty easy to follow, since it’s based on natural foods that keep us filled up,” says Dr. Ludwig. The following pointers can help you avoid high glycemic index mine fields at holiday parties:

Dr. Ludwig has some simple advice for a low glycemic index eating plan that will serve you well throughout your life, “Choose foods that your grandmother used to eat—ones that resemble things in nature, and don’t come with long lists of ingredients.”

In that respect, you probably can’t do much better than the Mediterranean diet. The health benefits of this eating pattern—a reduced risk of diabetes, heart disease, Alzheimer’s disease and certain cancers—may be due in part to its low glycemic index and glycemic load. The Mediterranean diet is centered around whole grains, fresh fruits and vegetables, legumes, nuts, vegetable oils, and fish, with small amounts of dairy and poultry and only occasional servings of red meat and sweets.

How the glycemic index works

When you eat a high-glycemic food, the sugar in that food becomes readily available as soon as it passes through the stomach to the intestines. You may feel a sudden surge of energy as sugar (in the form of glucose) pours into your blood. Your body will react to the glucose elevation by making more insulin to move glucose into muscle and other cells. The insulin rush will deplete that blood glucose within the next couple of hours. If your blood sugar level drops too quickly, you may even feel exhausted, shaky, and woozy. This is called hypoglycemia. And you’ll probably crave a high-glycemic snack.

In contrast, low-glycemic foods require more processing time in the digestive system as enzymes work to separate the sugar from other components. Glucose flows more slowly into the bloodstream, and insulin is released gradually, too. As a result, you remain sated longer and are less likely to overeat. Low glycemic index foods are those with a rating under 55; high glycemic index foods have a rating of 70 or higher.

Health is a top priotiy in life. Eveyone needs it so much for being successful in life. So, big sacrifice for getting big health is a must.
blog8488.blogspot.com

My mother is 100. She lives in her own apartment in an independent living community with 24/7 caregivers, and goes to chair exercises, chair tai chi, bingo, music appreciation. She is a poster girl for ageing. She was a dancer and is in amazingly good health organically, but she had the classic pelvic fracture at 93, completed therapy I record time, but now is slowing down, of course, and developing neuropathy (non-diabetic) and plantar fasciitis, so we think. Her range of motion in the foot and ankle is very restricted now.
Please let us know of anything we can do for the pain and burning. She gets “up” will great effort to go to the bathroom or the sofa, but cannot walk with a walker, so is now in the wheelchair vicious circle.
She is doing the passive stretching exercises, rotation, flex and bend, but I fear it’s too late.

It appears this article is aimed and and/or written for only women. Isn’t that just a wee bit sexist? Or do you guys over there think that men don’t gain weight around the holidays? Believe me. It’s a problem for us men, too.

I really love this blog, increasingly aware of the importance of health
Thank you very much, greeting from Indonesia

Some interesting comments, but despite references to Mediterranean diets, barely a mention about WINE, which the Italians & French are known to favor. Where does it appear on the Glycemic Scale ? As for Dominique (above), I’m very skeptical that one can reduce their waist by 8 in., gain 25 lbs., & consider themselves “healthy” !

Beverly, Thank you so much for this article, I love the glycemic concept, it is proven, it’s working! natch.life will soon be online to offer great recipes and tips to fight obesity and overweight – based on the concept of glycemic index/load.

I just want to clarify something about the Mediterranean Diet (growing up 10 minutes from the Italian border):
The Mediterranean diet is a medium to high glycemic diet, but has some factors to consider:

1) They eat only one big meal a day, Italians favorite the lunch, a business lunch below 3 hours is an offense 😉 so they eat SLOW, small portions, different courses
Breakfast is an Espresso and a bite of a cracker. This pattern is like the “daily Intermittent Fasting”, when Italians are on vacation they skip lunch and the big meal is in the evening, same pattern!
Unfortunately Italians have the second highest Obesity rate in Europe, soon at the level with Mexico and USA (from last place 20 years ago) thanks to Fast Food is taking the place of the classic Mediterranean diet

2) the pasta is “al dente”, we all know that in US but if you have real al dente in a private Italian gathering the majority would probably spit it out, I know people in California who still cook pasta 20minutes (and longer!), we know where the glycemic index goes with cooking

3) sorry, there is no whole grain, the food industry tries to sell this crap there as well, but they LOVE their white bread (at least Spanish, French and Italians), btw. as a hobby athlete I learned from the pros and skipped whole grain back in the 90s: digestive problems, anti-nutritients lead to micro-deficiencies, increasing LDL (especially the small ones, I recommend a pattern test if you do a lot of whole grain), NOTE: the grain is protecting itself against predators, there are vitamins in the bran but all the nasty anti-nutrients as well. TIP: you still eat bread, bake your own with a sourdough and SPROUTED grains, taste better, feels better, but still a nice glycemic load 😉

5) the eat less fruits than a typical Western/US diet, especially the high glycemic fruits (like overly bred bananas) are not popular, here banana #1 🙂

6) the eat lots of meat, Italy is the biggest meat importer in Europe (although pork is stronger than beef there and now pork is also classified as red meat which I don’t fully agree with). But again small portions there, they call that maximum your palm, here people would laugh, in US an average steak is 2-3x bigger

to pasta: also the durum unfortunately has changed, Monsanto is conquering Europe with all the GMO crop. Another interesting factor is fresh pasta. Italy as the #1 pasta country (double amount of Germany but only a 4th of the population!) love fresh pasta, it is now more available than ever and makes more than 30% of the market (2013 study). While fresh past is DELICIOUS the glycemic index is dramatically high.

to fish: 90% (!!!) of all big fish worldwide is harvested, the rest (of the big fish) carries poisoning amounts of metals (tuna: mercury). Please advice people to eat responsibly: small fish like Mackerels and Anchovies, Farmed fish (get informed about where and if they use anti-biotics, see the last scandal in Norway, the biggest provider of farm fish, they HAVE to use tons of antibiotics to get rid of all the diseases, google bloomberg, a big report there).

Beverly, keep on your good work!!!
Melissa, soon on natch.life

You’re right. The Mediterranean diet isn’t what we usually think of as “Italian.” Instead, it is based on the diets of people living in Greece, Crete, and rugged, coastal regions of Southern Italy in the 1960s. Tara Parker-Pope does a great job clearing up the confusion in the New York Times.

I have been dieting for years… until this revolutionary way of life changed mine. Almost three years ago, my weight was 250 pounds while my waist was 40 inches.
ok
This method of calculating via the indexes of the nutrients is fundamental. But it works.

Today my waist is 32 while my weight, buy a scale, is steady, at 275 pounds !!! And I am stabilized at that number since last July, while my doctor said do not lose weight anylonger !

Another tip for you transition to a new life, get the book called:
Diet for a new America by John Robbins. You’ll turn vegetarian quickly for sure.

Have a good reading !

Checkout other blogs that talk about health.

Wow, Beverly! There’s a lot of great content here! I am trying to ct out as much sugar as possible. No more candy, donuts or sugar in my coffee. I’m used to it now but it was rough in the beginning.
Thanks, Dan

As my parents are getting older I find myself searching for articles pertaining to these types of subjects. The “index” is a vital tool for proper weight losss/gain. Thanks for posting! 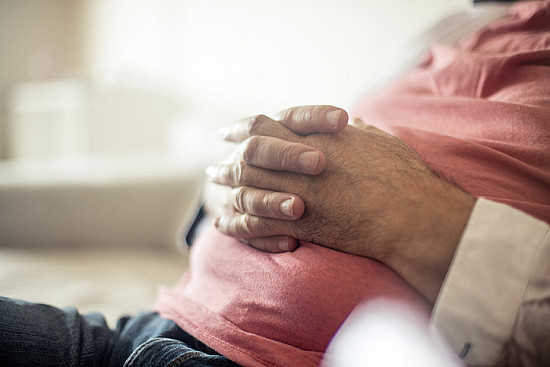 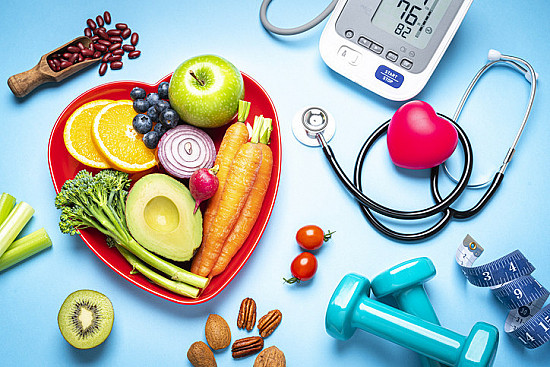 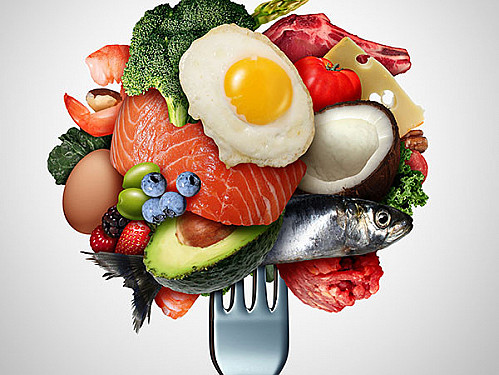