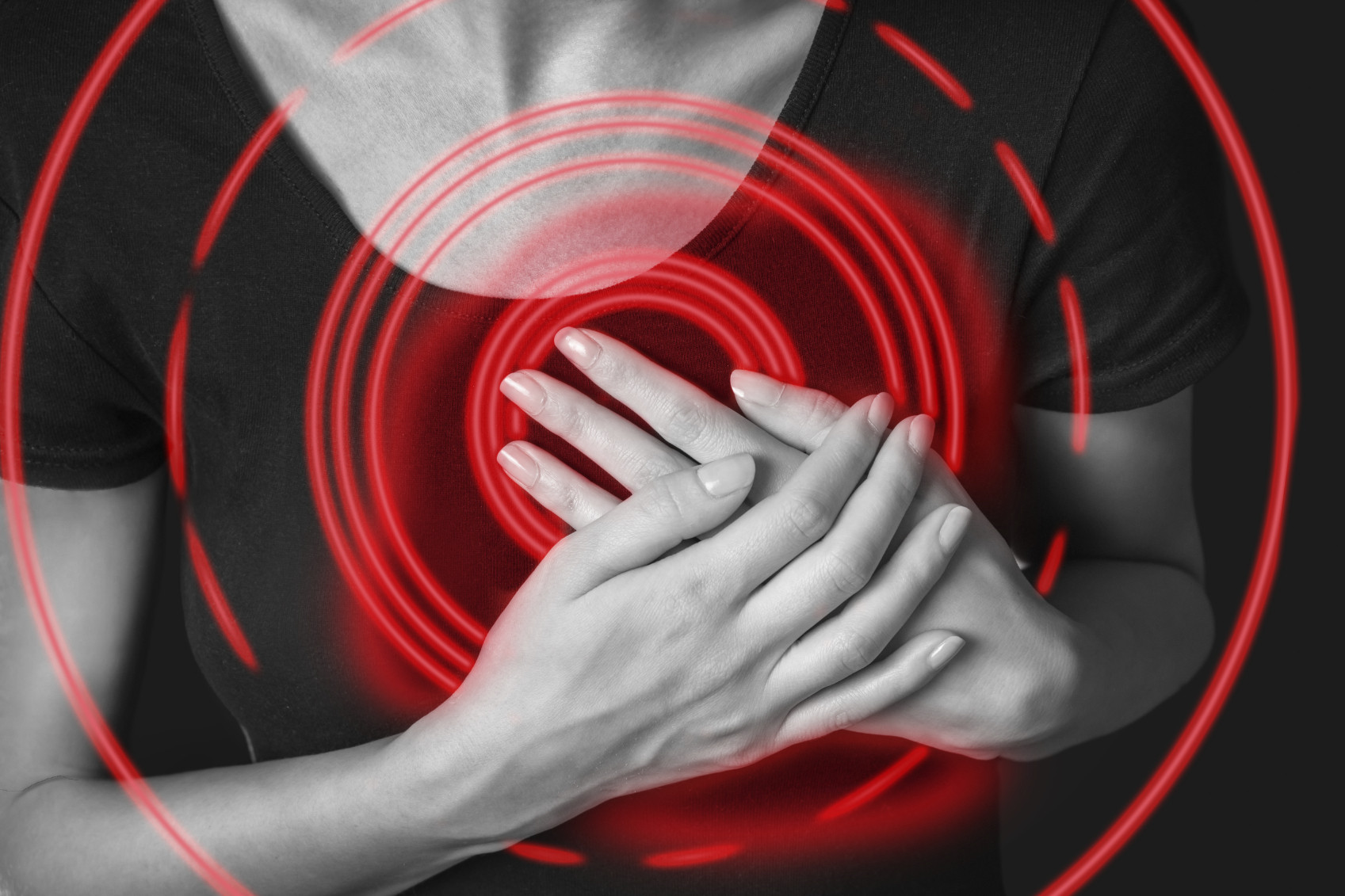 Imagine someone in the throes of a heart attack. If you pictured a man clutching his chest in agony, that’s understandable. At younger ages, men face a greater risk of heart disease than women. On average, a first heart attack — the most common manifestation of this prevalent disease — strikes men at age 65. For women, the average age of a first heart attack is 72.

However, heart disease is the leading cause of death in the United States for both genders. In fact, since 1984, more women have died of heart disease than men each year, although that is partly because women generally live longer than men.

So why do middle-aged men have more heart attacks than women in the same age group? Historically higher rates of unhealthy habits in men — such as smoking and stress — may be partly to blame. In addition, heart disease risk in women appears to rise after menopause; experts believe that in younger women, naturally occurring hormones may play a protective role.

Yet despite considerable gains in the past decade or so, heart disease continues to be underrecognized as the leading cause of death in women, says Dr. Michelle O’Donoghue, a cardiovascular specialist at Harvard-affiliated Brigham and Women’s Hospital. “We need to make sure that women know — and act upon — the signs and symptoms of a heart attack,” she says.

Some studies suggest that during a heart attack, women are more likely to have “atypical” symptoms, such as nausea, dizziness, and fatigue. But other research finds that regardless of gender, the symptoms usually are more similar than different, says Dr. O’Donoghue.

“I think that women may overlook even the classic heart attack symptoms, like chest pain and pressure,” she says. They also tend to minimize their symptoms and delay seeking treatment. In fact, one study that measured how long people waited before seeking treatment for a heart attack found a median delay time of about 54 hours for women, compared with about 16 hours for men. Anecdotal evidence suggests that men often say their wives urge them to go to the emergency room when chest pain strikes.

Earlier this year, the American Heart Association released its first-ever scientific statement about heart attacks in women, which highlights other disparities between men and women. For example, within a year of a first heart attack, survival rates are lower in women than in men — even after accounting for age. Within five years, 47% of women who’ve experienced a first heart attack will die, develop heart failure, or suffer from a stroke, compared with 36% of the men.

A recent study of nearly 50,000 people ages 65 and older who were hospitalized for heart disease (often a heart attack) sheds light on a possible cause for these disparities. The researchers collected data about the advice and treatment people received in the hospital. They found that compared with men, women were less likely to receive potentially beneficial medications such as aspirin and cholesterol-lowering medications, or to receive advice about quitting smoking.

Women also tend to be older and have more health problems when they develop heart disease, and experts have long assumed those differences might in part explain the gender survival gap. But according to the study authors, providing universal, high-quality care at hospital discharge could help to eliminate the death rate disparities. However, research also shows that women are less likely than men to take their prescribed medications. Research is under way to uncover the reasons why.

The take-home advice for everyone (but especially for women): trust your instincts if you think you might be having a heart attack — call 911 and get it checked out. If you do end up in the hospital, verify with your physician that you’ve received all the advice and prescriptions you need to keep your heart as healthy as possible.