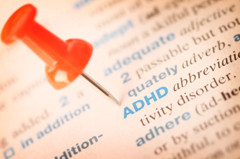 If your child is being treated for attention deficit hyperactivity disorder (ADHD), you may have one less thing to worry about today. A study involving 1.2 million children and young adults provided reassuring evidence that the drugs used to treat ADHD do not increase the risk of death from heart disease.

Researchers, who published their results yesterday in the New England Journal of Medicine, analyzed medical records from a nationwide private insurance plan along with health plans based in Tennessee, California, and Washington State. They compared children taking stimulant drugs (like Ritalin and Adderall) that are commonly used to treat ADHD to children not taking these drugs.

Among all of the children, heart attack, stroke, or sudden death were rare, affecting a little more than 3 in every 100,000 children per year. Cardiac problems were no more common among children using a stimulant as among those not taking one.

The study was funded by the Agency for Healthcare Research and Quality and the Food and Drug Administration. One important strength of the study: it drew information from a wide geographic area and encompassed a culturally diverse group. Another strength is that the researchers evaluated the data using several different assumptions and statistical methods. That is, they challenged their own data to see if they held up to different ways of calculating rates of adverse outcomes.

Recommendations for treating ADHD still emphasize the use of behavioral therapies, providing support, and setting expectations. That is, the goal is to help the child do better at school and have more satisfying relationships. But the new research offers reassurance that when medication is needed, it doesn’t increase the risk of heart problems.

A few years ago, when case reports from Canada and the U.S. raised the possibility that ADHD drugs increased cardiac risk, the American Heart Association suggested that it would be “reasonable” for children being evaluated for ADHD to have an electrocardiogram. The major pediatric group, the American Academy of Pediatrics (AAP), disagreed. The new study supports the AAP’s recommendation against routine ECG testing. The American Academy of Child and Adolescent Psychiatry (AACAP) also discourages ordering any routine laboratory, neurological, or psychological testing unless something in the child’s medical history or symptoms indicates such testing may be necessary.

A comprehensive evaluation for a child suspected of having ADHD still involves an assessment of symptoms, a detailed personal and family medical history, and determination of a child’s functioning at home, at school, and with peers.

The discussion about the relationship between cardiac risk and ADHD is likely to continue. The next phase of the study will look at the issue in adults. And because stimulant medications raise blood pressure and heart rate, pediatricians and psychiatrists will continue to evaluate the impact of such medicines on children who already have heart problems.

For now, the best advice is for clinicians to assess heart disease risk by doing a physical exam and taking a careful medical history (for example, asking about fainting spells, palpitations, and family history) while a mental health professional does an evaluation for ADHD.