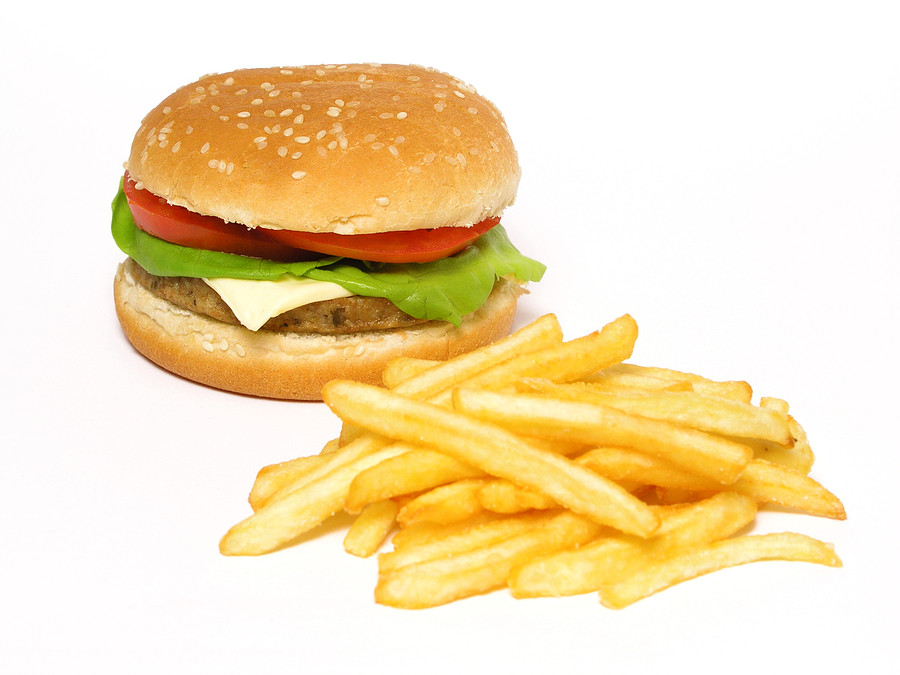 Fast-food restaurants deliver filling, inexpensive meals and snacks. But there’s usually a hidden added cost: a wallop of salt (sodium) that isn’t good for cardiovascular health. Even with the current clamor for reducing sodium in the American diet, and industry promising to do just that, the amount of sodium in prepared foods hasn’t changed much since 2005, according to a report published in the latest issue of JAMA Internal Medicine.

Why does sodium matter? Too much of it can increase blood pressure and make the kidneys work harder. High blood pressure is a leading cause of stroke, heart attack, heart failure, kidney disease, and more. Current recommendations urge us to consume less than 2,300 milligrams (mg) of sodium a day, equivalent to about a teaspoon of table salt. The bar is set lower—1,500 mg a day—for those with cardiovascular disease or high blood pressure. Yet the average American takes in about 3,400 mg a day.

Harvard researchers recently conducted a study that assessed the cumulative health effects of excess sodium. They estimated that excess sodium accounts for the 2.3 million deaths each year around the world. The U.S. ranked 19th out of the 30 largest countries, with 429 deaths per million adults due to taking in too much sodium. That represents one in 10 U.S. deaths due to heart attack, stroke, and other cardiovascular diseases.

For the JAMA Internal Medicine study, researchers with the Center for Science in the Public Interest (CSPI) in Washington, DC, evaluated the sodium in 78 foods served at fast food and chain restaurants between 2005 and 2011, collecting nutritional information from the company websites. They did the same for foods plucked from shelves at stores in Washington, DC, and at one Walmart in Elverston, Pennsylvania.

The average sodium in chain restaurant items increased 2.6% between 2005 and 2011. In packaged foods, it fell on average 3.5%. The sodium in some products fell as much as 30%, although a greater number increased by more than 30%.

Food manufacturers have developed lower-sodium foods—none of which were included in the JAMA Internal Medicine study—and have reduced sodium in other products. So far these efforts, plus continuing public education campaigns, have failed to change this sobering fact: the average American still takes in far more sodium that their bodies need.

CSPI, which sponsored the study, has called for tighter government regulation on the sodium content in processed and restaurant foods, including phasing in ever-stricter limits on how much sodium foods may contain.

When applied to millions of people, even small changes in sodium consumption can save lives. “The evidence is convincing that substantially reducing sodium intakes from current levels will have significant population benefits,” says Dr. Dariush Mozaffarian, associate professor of medicine at Harvard-affiliated Brigham and Women’s Hospital. “The data justify government intervention to reduce sodium levels in all processed, pre-prepared, restaurant, and other commercial foods.”

How to reduce your sodium

You don’t need to wait for more government regulations to keep the sodium in your diet in check. There is the obvious solution, says Dr. Helen Delichatsios, an assistant professor of medicine at Harvard Medical School. “Eat out less and cook at home more. There is much less sodium in home cooking than in prepared or restaurant foods.” Here are some other options: