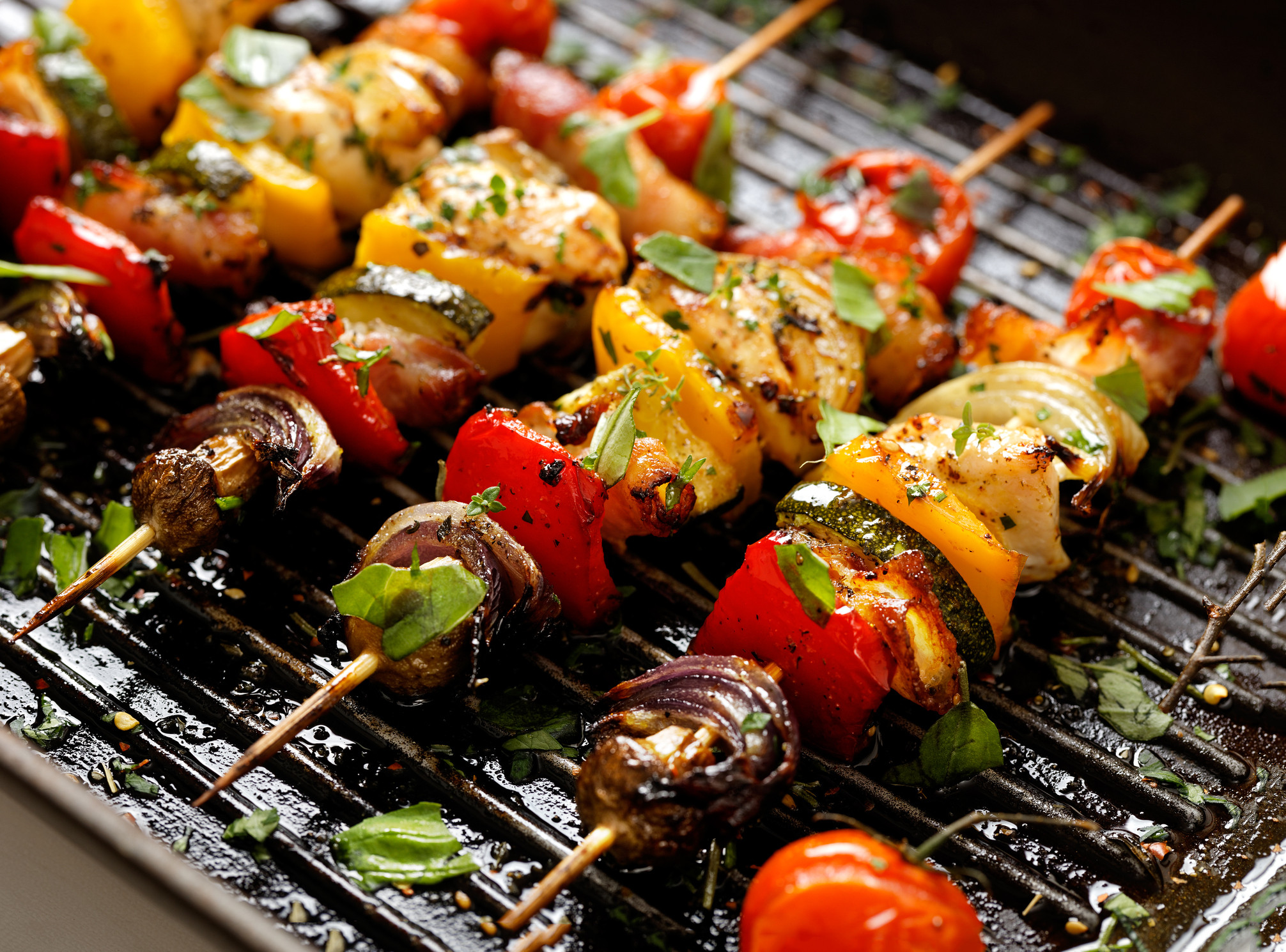 It’s nearly June and the start of the summer season is upon us in New England. That means taking advantage of the warm weather to hit the beach or a hiking trail, and of course, it’s the season of the backyard barbeque.

Grilling is a great way to enjoy tasty outdoor meals. However, research has found that two harmful chemicals can form during the grilling process. Heterocyclic amines form when proteins (amino acids and creatine) found in meat are cooked over high heat, such as grilling or broiling. Polycyclic aromatic hydrocarbons (PAHs) form when fat and juices from meat drip down to the heat source of the grill, resulting in smoke. The smoke contains PAHs. As the smoke rises up past the food, the PAH compounds can be deposited on the surface of the meat.

How strong is the cancer-grilling link?

In 2007, The World Cancer Research Fund released its expert review Food, Nutrition, Physical Activity, and the Prevention of Cancer: A Global Perspective. It recommended that people avoid eating burned or charred foods frequently or in large quantities. And that makes sense, because epidemiological studies (using questionnaires about diet) suggest a link between eating a lot of overcooked, fried, and grilled meats and certain types of cancer.

Step one: make veggies the main attraction. Kebabs are a great way to increase vegetable intake. Try skewers of colorful bell peppers, onions, and small pieces of chicken or lean meat. Smaller pieces of meat take less time on the grill. You can add fruit (such as pineapple, papaya, and/or mango) to skewers, too.

Step two: if you’re grilling meat, prep it first. Trim all visible fat. If you’re grilling chicken, remove the skin before cooking. Visible fat chars easily, especially when flames “lick” the food. Marinate fish and chicken. Marinades cut down on the smoke that sticks to the surface of the meat. Thin marinades are best, especially if they contain vinegar and/or lemon. Thicker, commercially prepared marinades have more of a tendency to char, possibly increasing exposure to carcinogenic compounds. If you’re using a marinade that contains honey, sugar, or tomato products, apply it in the last minute or two of grilling to avoid burning or charring.

Step three: limit the time food is on the grill. Precook meat in the microwave on high for 60 to 90 seconds, then discard the juices. Less juice will drip down to the heat source, which is the source of PAHs. You’ll also cut down on cooking time, thereby reducing potential exposure to chemicals formed in the grilling process. Don’t grill frozen meat; thaw it first to reduce the amount of time needed to cook it. Avoid charring or overcooking meats. Cut off and throw away any parts that become charred.

Step four: keep smoke to a minimum because that’s where PAHs are concentrated. Avoid “smashing” or flattening burgers while they are cooking on the grill. This leads to higher levels of dripping juices and more unwanted smoke. Grill burgers at a lower heat and flip them once per minute until cooked. Researchers at Livermore National Laboratory in California determined that frequent flipping prevents juices from dripping down to the heat surface, leading to less smoke. In addition:

Paying attention to how you cook meat is important, but there are other ways to make grilling safer.