Not quite a threat yet, but MERS merits watching 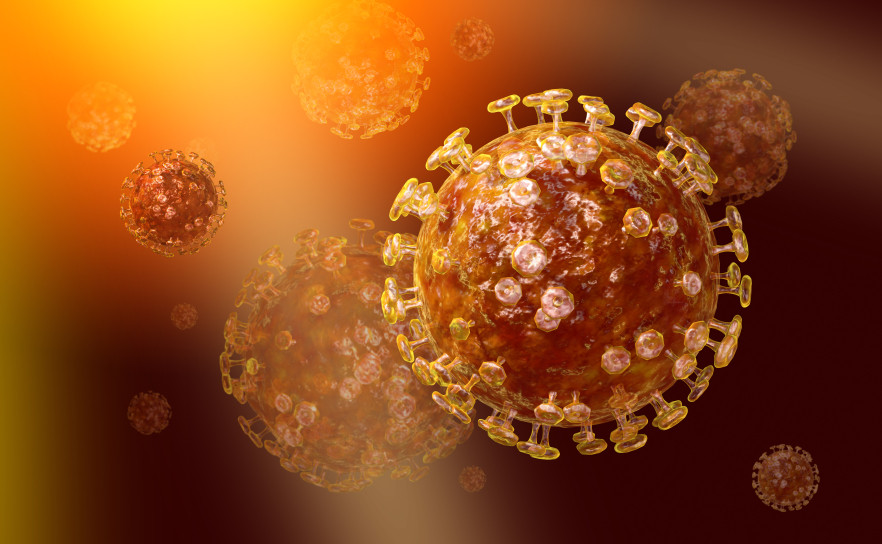 It has been over 10 years since the respiratory illness called severe acute respiratory syndrome (better known as SARS) first appeared in southern China and Hong Kong. Caused by a type of virus called a coronavirus, SARS spread to two dozen countries, including several in North America, South America, and Europe, eventually killing more than 700 people. There have been no known cases of SARS since 2004. But this virus moved quickly enough and was serious enough that in 2012, the Centers for Disease Control and Prevention declared that it presented a severe threat to public health and safety.

That same year, public health and infectious disease experts took note of a new viral respiratory disease that was also caused by a coronavirus, though different from the one that causes SARS. The first cases of this illness occurred in Saudi Arabia, so it was named Middle East Respiratory Syndrome—MERS or MERS-CoV (for coronavirus). Symptoms of MERS include fever, cough, and shortness of breath. So far, roughly one-third of the people with confirmed cases of MERS have died.

As of now, it appears that the MERS virus doesn’t spread easily from person to person. It is most likely to go from someone who has MERS to someone who lives with or cares for them. The CDC, which is following MERS along with other public health organizations, does not believe that MERS poses a serious health threat at this time. However, as we “go to press,” there are reports that two health care workers who cared for one of the MERS patients have developed flu-like symptoms. Neither one has a confirmed case of MERS yet, but test results are still pending. Tracking the spread of MERS is critical because it is possible that the virus may start to spread more easily between humans.

At the most recent meeting of the World Health Organization’s Emergency Committee on MERS-CoV, members expressed growing concern about the effect of MERS on public health. However, because there is currently “no evidence of sustained human-to-human transmission,” the situation doesn’t yet meet the criteria for a Public Health Emergency of International Concern.

The sudden emergence of novel, or even well-known, infectious diseases across the globe is not new. There has been a recent outbreak of Ebola hemorrhagic fever in Guinea and Liberia. Polio is making an appearance in Syria, Cameroon, Kenya, and other countries. What is fairly new is that the world has become much smaller in the past 60 years. International travel is common, fast, and relatively easy—and viruses can be hardy tourists.

What should you do? First, outbreak or not, follow common sense precautions. Wash your hands regularly, be mindful when you are around someone who is sick, and minimize close contact as best you can (for example, don’t share utensils or drinking glasses). If you are sick, do the same—and cough into your elbow, wash your hands often, and use disposable tissues when sneezing or blowing your nose. Second, if you have recently traveled and start to feel ill, see your doctor promptly. Finally, if you are planning to travel, check out the CDC website for lots of good advice, including guidance on potential health risks such as infectious diseases.

One might consider the hysteria and other psychological effects caused by media driven “super diseases”. I appreciated the conclusion of the article, where in emphasizes common sense when dealing with outbreaks.

This information really helped me to clarify and anticipate that participants will leave pilgrimage / umrah to saudi arabia.
this is very important because an understanding of the very minimal mers.

Great info about Not quite a threat yet, but MERS merits watching. Really very useful and informative post. Thanks for sharing. But the World Health Organization’s Emergency Committee on MERS-CoV, members expressed growing concern about the effect of MERS on public health. However, because there is currently “no evidence of sustained human-to-human transmission,” the situation doesn’t yet meet the criteria for a Public Health Emergency of International Concern.

It is useful info. In my country, many pilgrims who just returned from Umrah indicated MERS virus. With this info we can anticipate better.

Our interdependance moved blackdeath 5miles a day.not the rat.now with agriculture beginning with a pond fed the mineral algae left by dead sea.not aguaponics(perpetual motion machine)feedstock from tunnels dug in green . everyone believing same system works, won’t make it werk.