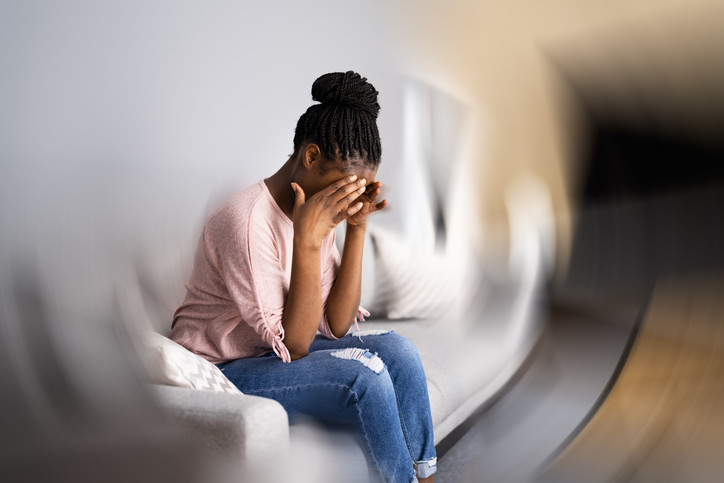 Most of us don’t think twice about standing up. Yet for people affected by a disorder called postural orthostatic tachycardia syndrome (POTS), the simple act of standing can provoke lightheadedness and a racing heartbeat. This post discusses diagnosis, treatment, and living with POTS.

How is POTS diagnosed?

Measuring blood pressure and heart rate while lying down, then while standing (orthostatic vital signs) can help cardiologists like me diagnose POTS. Within 10 minutes of standing, the heart rate rises at least 30 beats per minute (bpm) in POTS and, importantly, the blood pressure remains stable (systolic blood pressure drops by no more than 20 mm Hg).

These findings, along with symptoms of orthostatic intolerance (most commonly lightheadedness and fatigue), must be present for at least three to six months for a person to be diagnosed with POTS. Because many doctors are not familiar with POTS, and since there is no laboratory test to confirm it, people often experience symptoms for several years before being diagnosed.

How is POTS treated?

While some people with POTS will require medications, most will improve with three behavioral changes alone: higher sodium (salt) intake, compression garments, and gradual exercise.

Adding sodium to your diet

One reason that people with POTS feel lightheaded upon standing is insufficient circulating blood volume. Drinking more fluids will help, but the key to keeping the fluids in circulation is sodium.

For reasons not fully understood, many people who have POTS need up to three times more sodium than the standard limit recommended by the US Dietary Guidelines, which is 2,300 milligrams a day (roughly 1 teaspoon of salt). Some of my patients can consume this much sodium by eating salty foods such as tomato juice, broth, pickles, and olives. Others prefer to use high-sodium electrolyte drinks or take salt tablets.

David opted to start with a glass of tomato juice every morning (roughly 500 mg of sodium) and a 1-gram salt tablet with lunch, in addition to adding salt to his meals. Even though David could easily meet his sodium needs by eating highly processed junk foods, I recommended he avoid these because of their low nutrient value.

Compression garments push blood into the deeper veins, preventing it from pooling in superficial veins of the lower legs. This is especially important during periods of standing, to help the body overcome the force of gravity.

A cornerstone of POTS treatment is a slow, consistent, gradual return to exercise. Like many of my previously active patients, David became discouraged after experiencing worsening fatigue and dizziness when he attempted to return to normal exercise.

What helped? Patience combined with a "start low and go slow" approach, starting with gentle floor exercises and slowly working toward upright activity such as walking. In David’s case, I also recommended an additional 500 mg of sodium one hour before exercise. This helps compensate for increased blood volume diverted to the muscles and sodium lost in sweat.

Other measures that help

In addition to salt, compression, and exercise, I recommended that David try

When it’s not possible to avoid triggers, it helps to learn to anticipate and manage symptoms. For example, in hot and humid weather, cooling vests or scarves can help reduce symptoms. Catching a cold or stomach bug can also cause symptoms to flare, and many women find that symptoms worsen in the days leading up to their menstrual periods. During these vulnerable times, a person may need to intensify salt and compression routines and, when necessary, take a day off from exercise.

Medicines that may help

Some people find that behavioral changes must be combined with medicines to properly treat their symptoms. Currently, no medications have been approved by the FDA to treat POTS. However, several medicines can be prescribed off-label when needed. Your doctor might suggest one or more of these:

By consistently paying attention to sodium and fluid intake, compression, and exercise, as well as the behavioral changes and medicines discussed above, many people who have POTS can successfully attend school and hold down jobs. However, symptoms may flare without warning. Arranging formal accommodations, such as frequent snack breaks and flexible hours, can help people thrive in an academic or work setting.

Finally, it is crucial to recognize the emotional toll that chronic illness can take, particularly when it strikes young people in the prime of their lives. Seeking the support of friends and family, and assembling a healthcare team that understands POTS, are essential elements of a successful therapeutic plan.

Dysautonomia International is an organization raising awareness, promoting research, and connecting people living with POTS and other forms of dysautonomia.