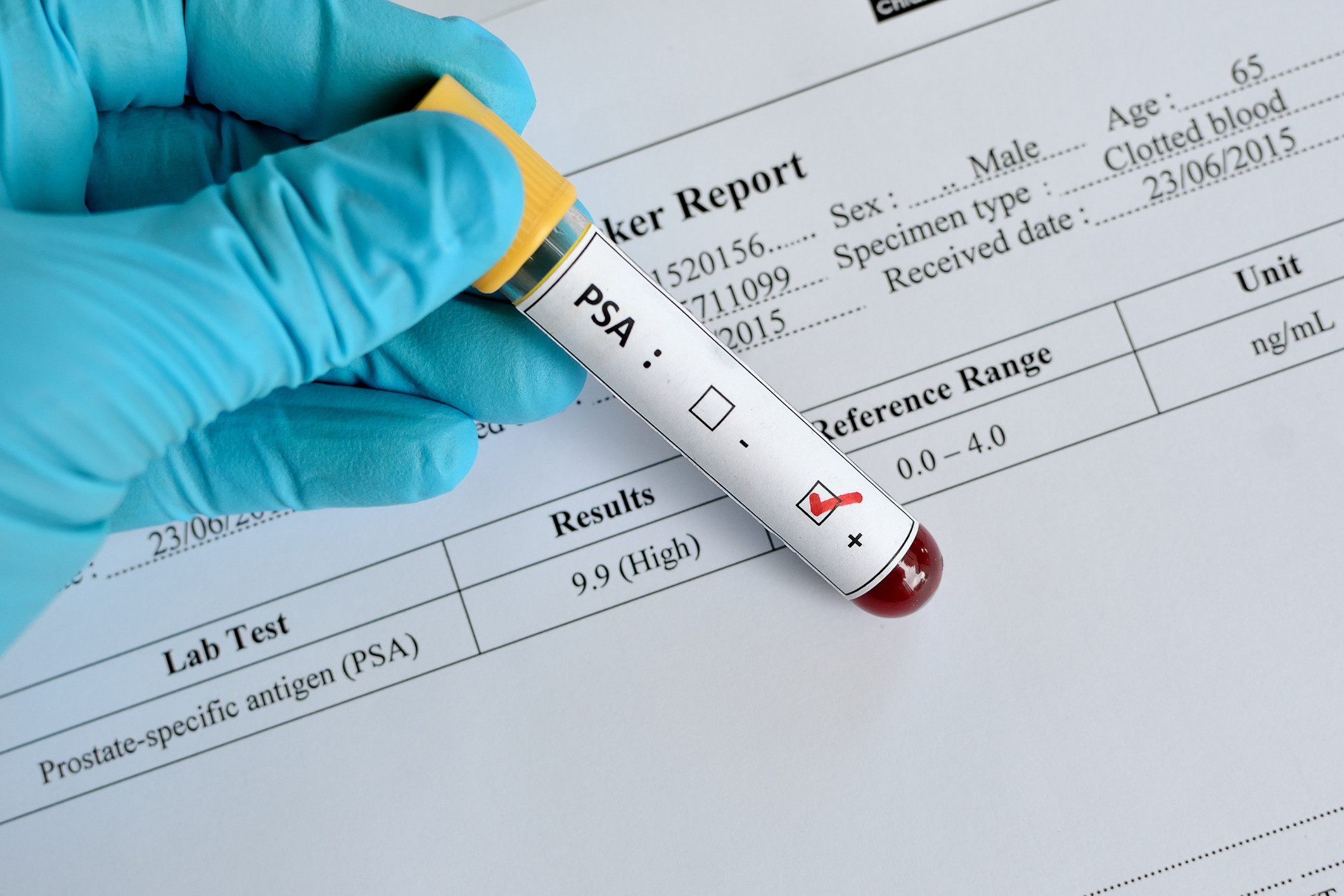 Men who have high levels of prostate-specific antigen (PSA) in their blood face troubling uncertainties. While it’s true that prostate cancer can elevate PSA, so can other conditions, including the benign prostate enlargement that afflicts many men as they get older. PSA levels also vary normally from one man to the next, and some men have unusually high levels even when they’re perfectly healthy. To rule out cancer, doctors might recommend a biopsy. Yet prostate biopsies pose risks of infection, and they can also miss cancer in men who truly have the disease. Most prostate biopsies are guided by transrectal ultrasound, an imaging technology that allows doctors to see the gland while taking tissue samples (called cores) with specialized needles. Tumors may not show up on ultrasound, however, so the biopsy needles might never hit a cancerous target.

In January, British researchers reported results from the multi-center PROMIS study showing that a different imaging technology, called multi-parametric magnetic resonance imaging (MP-MRI), could allow some men with high PSA levels to safely avoid a prostate biopsy altogether. “If my MP-MRI was negative, I would not have a biopsy,” said Mark Emberton, M.D., director of the Division of Surgery and Interventional Science at University College London, and a co-author on the study. “And I would do that confidently.”

An MRI machine uses a very large magnet, a radio-wave transmitter, and a computer to construct detailed pictures of structures inside the body. MP-MRI is an advanced form of the technology that allows specially trained radiologists to detect prostate tumors. They can also gauge how aggressive the tumor is by looking at how tightly the cells are packed and how blood and water molecules flow through them.

Here’s how the study worked

During the study, researchers looked at how well MP-MRI performs at detecting prostate cancer compared to two different kinds of biopsies: a standard biopsy guided by transrectal ultrasound (TRUS-biopsy), and a “template prostate mapping” (TPM) biopsy that samples the entire gland at 5-millimeter intervals. TPM biopsy is the “gold standard” for diagnosing prostate cancer, but doctors rarely use it because it’s so invasive. If MP-MRI had failed to detect a prostate cancer identified with TPM biopsy, then the result would be recorded as a false negative.

The study enrolled 576 men with PSA levels ranging up to 15 nanograms per milliliter. MP-MRI correctly identified prostate cancers that were confirmed with TPM biopsies 93% of the time. That’s a significant improvement over TRUS-biopsy, which only picked up about half the prostate cancers detected with TPM biopsy. MP-MRI was also effective at identifying men who did not have clinically significant prostate cancers, recognizing them correctly 89% of the time. The results helped to confirm that MP-MRI is better at picking up aggressive tumors than it is at detecting low-grade cancers that might never be harmful during a man’s lifetime. Dr. Emberton emphasized that the cancers missed by MP-MRI were nearly all low-grade. “MP-MRI missed none of the high-grade, dangerous cancers and TRUS-biopsy missed many of them,” he said.

Promising, but proceed with caution

Dr. Marc Garnick, the Gorman Brothers Professor of Medicine at Harvard Medical School and Beth Israel Deaconess Medical Center, and editor in chief of HarvardProstateKnowledge.org said the new study helps to show that MP-MRI provides important diagnostic information in a non-invasive way that protects men from infection and other biopsy-related complications. But he cautioned that all diagnostic methods employed today carry some risk of missing prostate cancers that are truly present. “Moreover, the radiological skills needed to interpret MP-MRIs correctly are in short supply,” he said. “And the technology’s cost must also be considered as its use becomes more widespread.”