Metabolic syndrome is on the rise: What it is and why it matters 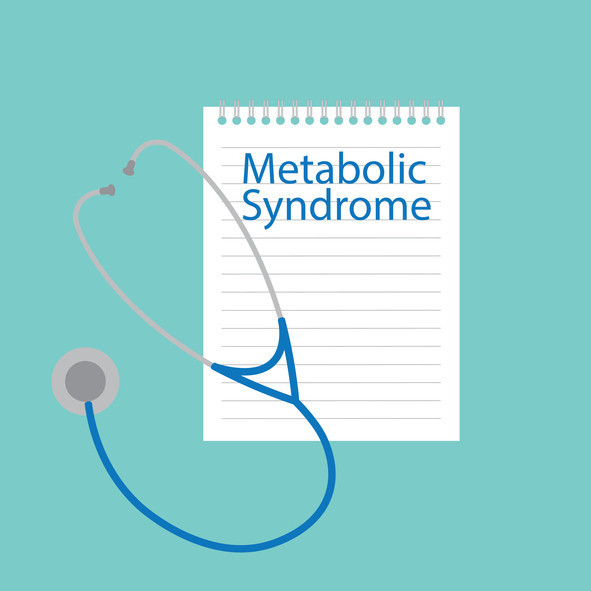 Metabolic syndrome may be the most common and serious condition you’ve never heard of. (At least that’s what I found out when I asked friends and relatives about it.) Worse, a study published recently in JAMA shows that it’s on the rise.

Let’s start with the name, according to Merriam-Webster:

Metabolic: Relating to the chemical changes in living cells by which energy is provided for vital processes and activities and new material is assimilated

Syndrome: A group of signs and symptoms that occur together and characterize a particular abnormality or condition.

So now you know what metabolic syndrome is, right? Perhaps not. Just knowing what the words in its name mean doesn’t help much in this case.

According to the most widely accepted definition, a person has metabolic syndrome when at least three of the following are present:

Why having metabolic syndrome matters

While each component of metabolic syndrome can cause health problems on its own, a combination of them powerfully increases the risk of having

And this only a partial list. It’s likely we’ll learn about other health risks associated with metabolic syndrome in the future.

Metabolic syndrome is on the rise

A new study explores how common metabolic syndrome is and who is getting it. Researchers analyzed survey data from more than 17,000 people who were representative of the US population in gender, race, and ethnicity. While the overall prevalence of metabolic syndrome increased slightly between 2011 and 2016 — going from 32.5% to 36.9% — it increased significantly among

Rates of metabolic syndrome were similar among men and women, but increased with age (from about one in five in young adults to nearly half of all people over 60). Among Hispanic adults 60 and over, nearly 60% had metabolic syndrome.

Perhaps these findings should not be surprising given the connection between obesity and metabolic syndrome, and the well-documented epidemic of obesity in this country. Still, it is particularly worrisome that metabolic syndrome is rising so fast among certain ethnic groups and young adults, and there is currently little reason to think these trends won’t continue in the near future.

The finding that metabolic syndrome is more common among certain ethnic groups reveals significant health disparities. These disparities are important not only in the context of long-term health consequences, but also because of the current pandemic. Some components of metabolic syndrome, such as obesity and hypertension, are associated with more severe COVID-19. Separately, research shows higher rates of infection, hospitalization, and deaths from COVID-19 among some racial and ethnic groups.

For example, hospitalization rates for COVID-19 among Blacks and Hispanics are four to five times higher than for non-Hispanic white people. Health disparities associated with COVID-19 may reflect a complex combination of elements — not just age and chronic medical conditions, but also genetic, social, environmental, and occupational factors. Similar factors probably play a role in why metabolic syndrome affects, and is rising in, some groups more than others. This is an area of active (and much needed) research.

What’s to be done about metabolic syndrome?

The biggest priority now regarding metabolic syndrome is prevention. Healthy habits can have a big impact on maintaining a healthy weight and normal blood sugar, lipid levels, and blood pressure. Once present, metabolic syndrome can be treated with loss of excess weight, improved diet (such as the Mediterranean diet or the DASH diet), and, when necessary, with medications (including those that can improve blood lipids, or lower blood pressure or blood sugar).

Metabolic syndrome is an important risk factor for some of the most common and deadly conditions, including cardiovascular disease and diabetes. We need to figure out how to more effectively prevent and treat it, particularly because it appears to be on the rise. A good starting point is to pay more attention to risk factors such as excess weight, lack of exercise, and an unhealthy diet.

Now you know what metabolic syndrome is. Considering that about one in three people in the US has this condition, it’s likely someone close to you has it. Talk to your doctor about whether that "someone" is you.

Does metabolic syndrome increase chances of developing diabetes, cardiovascular diseases, and stroke only or more other diseases also.

Thanks for your interest in this post! As mentioned, metabolic syndrome is a risk factor for cardiovascular disease (including heart attacks and stroke), diabetes, liver and kidney disease and sleep apnea. But, this only a partial list & it’s likely we’ll learn about other health risks associated with metabolic syndrome in the future.

People on a whole foods plant derived diet virtually never seem to get Metabolic syndrome. However once adding refined foods and or animal products a sudden jump in cases occurs.

In my anecdotal observations at least, this seems true. I know several “whole foods” vegans, as well as people who eat very minimal animal products or processed foods, and they tend to be the ONLY slim person in their family (who eat the standard American diet and complain that they are obese due to “bad genes”). Some of my skinny vegan friends live fairly sedentary lives, though, and might be “skinny fat.” We should not discount regular exercise as critical to good health along with a whole foods diet.

Fwiw, I myself am a “junk food vegetarian” who eats lots of vegan delights like Oreos, Beyond beef burgers, french fries, etc. I’m in good shape, but likely it’s because I exercise a lot to make up for my sketchy diet.

The role of physical EXERCISE as a a potent tool in tackling ALL the components of Metabolic Syndrome must be emphasised at the least opportunity. 30minutes,moderate intensity exercise, 5 times a week is almost the panacea.

Valuable information on the metabolic syndrome and the risks to overall health and likelihood of more severe Covid infections. Largely it is an aspect of the obesity epidemic and to date we have been unsuccessful in checking let alone decreasing the numbers of people who are over weight. There are significant racial and regional differences involved.
Socioeconomic factors may be key.Food has been made convenient and cheap. Society has become accustomed to large serving sizes and more calories per dollar. Every effort should be made to prevent weight gain and its consequences as treatment is minimally effective.