Researchers may have discovered a cause of multiple sclerosis 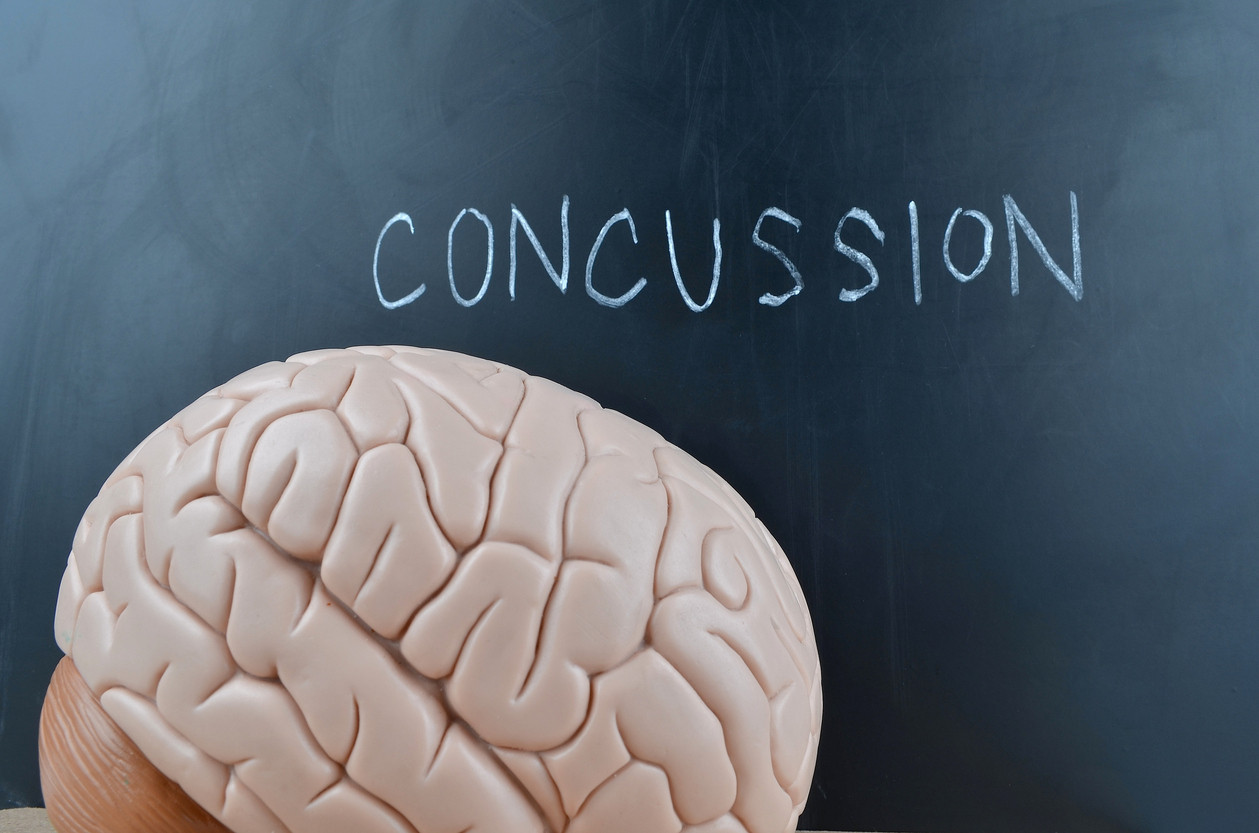 Multiple sclerosis (MS) is a condition that causes damage to the substance that covers nerve cells. This interrupts normal communication between nerves, leading to problems with movement, speech, and other functions. We don’t know what causes MS but we think it is an autoimmune disease.

What is an autoimmune disease?

And these are just a few. Autoimmune conditions are especially scary because the immune system goes rogue for no apparent reason.

The most common explanation is that an affected person’s immune system, partly due to the genes they inherited, is primed to react abnormally to some trigger, such as an infection, an environmental exposure (like cigarette smoke), or some other factor. For most autoimmune diseases, we can’t easily figure out what triggers them. If we could, we might be able to prevent them.

Are there known triggers for MS?

Experts suspect a number of potential triggers or risk factors for MS. For example, some believe that it’s due to a chronic infection (although it’s unclear exactly which infection). Others believe that it’s primarily a genetic neurological disease. These theories challenge the idea that MS is primarily an autoimmune disease although there may be more than one trigger or combination of triggers that causes a person to develop MS.

Some studies suggest that head injuries might be a risk factor for MS. If true, it raises important questions about how MS develops and how it might be prevented. On the other hand, it’s not an easy thing to study because researchers would never intentionally cause head injuries to see if they cause MS. Another way to study this question is to enroll people who already have MS, look back at whether they had concussions, and then compare them with similar people who don’t have MS.

A study published in the September 2017 issue of Annals of Neurology did just that.

This research included more than 7,000 people with MS and compared them with more than 70,000 people who were similar in other ways (including age, gender, and where they lived) but who did not have MS. Investigators looked for a history of physician-diagnosed concussion prior to age 20. It was important to determine whether any type of traumatic injury, or a concussion specifically, could be the link. So, researchers also assessed whether the study subjects had ever broken a bone in the upper or lower extremities prior to age 20.

A study of this type cannot prove that a potential trigger (head injury) actually caused the condition of interest (MS). We can only say there is a possible link. We might later learn that the connection isn’t between concussions and MS at all, but rather some other factor (such as a drug or other treatment) that is more common among those with head injuries.

Still, these findings are hard to ignore and could represent one more reason we should all be concerned about head injuries to the developing brain.

Additional studies are needed, both to replicate these findings and to figure out just how trauma might trigger an autoimmune disease. These studies can also provide clues as to whether trauma could trigger other autoimmune diseases as well. If we gain a better understanding of how autoimmune conditions develop and how to prevent them, these conditions could become a bit less scary.

I don’t remember ever having a concussion. Also, because boys play games like football, wouldn’t men have a higher rate of MS than women?

Concussion before ten. Reaccurring tonsillitis for years plus glandular fever. Cold sores monthly for 20 years (not since diagnosis) Heat intolerance since 14.

I had my first concussion when I was 7, my second at 13, and a fractured skull at 15. I had strep or tonsillitis at least 5 times. My first symptoms were parathesia at 16. I’ve had it for 31 years.

I have MS and I know that I had 2 concussions before I was12. Would anyone involved in the Harvard MS study want to contact me? My MS has effected my mobility but not my cognition. I have been told frequenty that I have an incredible memory so I can discuss these injuries vividly.

As far as infection look toward streptococcus. Concussions in an early age can be a very strong area to check into, whereas at a young age they are more likely to have gone untreated and or unnoticed.

Thanks for posting Donna. Do you have reference sources for more research on Streptococcus. I have strongly suspected this as my amazing Sister had a very resistant form of Strep in high school, at which time, one of my Amazing Brothers was killed by a Drunk driver. This was very hard on her emotionally as they were close in age and had some of the same friends. She was treated with massive doses of antibiotics. Fast forward, after the birth of her second daughter, she was diagnosed with MS. She is in a nursing home with secondary progressive MS and has stage 4 Breast Cancer which is only being treated with estrogen blocking medicine. After 20 years of treating her, the “world renound” Dr. Eliot Frohman at UTSW MS Clinic, dropped her as a patient because of personal Problems and there was nothing else that could be done with medicine. I think the antibiotics mutated the bodies ability to give the correct autoimmune response thus attacking itself in the form of MS, Lupus, rheumatoid arthritis, etc… I know this from experience. After over 10 years of being treated with antibiotics for sinus infections, bronchial infections and numerous secondary infections, I developed Lupus SLE and positive Rheumatoid Arthristis after the birth of my second child. My Antinucleic Antibody test (ANA test) came back at 360. The reference range should be below 40. My Son developed Thrush on his tounge from my Breast milk. It took me a year and a half to detox and stop all antibiotics and making major nutritional and lifestyle changes to be completely clear of both Lupus and RA. 23 years later I have never had a relapse and I can play the guitar again.
I would also like to mention that she contracted “CDIF” from a hospital and it relapsed 13 time and almost killed her from dehydration and kidney failure several times. We found a doctor that agreed to do a fecal transplant and I believe it saved her life. Not only that but it appears that her MS Progression has stopped. She is in good Spirits and speaks more clearly than ever. She is 100 % bedridden in a nursing home.

A lot of diseases are from a compromised gut.
Conservatively, MS is a $10 Billion dollar industry. I seriously dought it would be their financial best interest to find a cure for MS Or any other disease when the medical university studies are determined and funded by the pharmaceutical industry.

OR, Conduct research with FDA approved natural Fecal Transplant Medicine to restore the bodies ability to fight the GASTROINTESTINAL related disease that AFFECTS the NEUROLOGICAL System Resulting in damaged nerves or joints.

To treat a GASTROINTESTINAL caused DISEASE with a NEUROLOGIST is like trying to fix a leaking PLUMBING problem with an ELECTRICIAN.

This may be oversimplified in medical standards and I might not have the writing elegance of a professional medical jounalist but I do have enough care and compassion for anybody affected by MS to voice my humble opinion.

I would challenge any medical university and pharmaceutical company to research and develop a way fix the cause and not treat the symptom. That is how I fixed my body. By treating with a fecal transplant or restorative fecal medicine after antibiotics it may be possible to prevent permanent damage. There would be no “side affects” and long legal disclaimers. It wouldn’t hurt to try. I would be the first to support and help fund this research because nobody is more full of Feces than me! It saved my Sisters life and I would gladly save someone else’s.

The FDA has made it illegal to perform this anymore. WHY? Because it cannot be patented? It is not like blood type incompatibility. It is compatible with everybody. This is my own opinion and not the opinion of the editors, Harvard University, and have not been checked for accuracy. Please Publish. -Jennifer 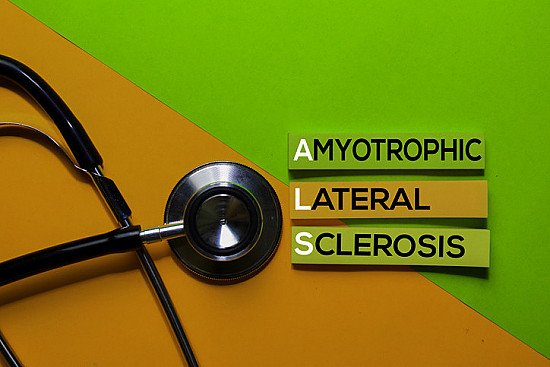