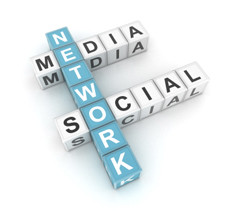 As many who were children before the era of cell phones will remember, contacting a friend by phone often involved mastering at least the following script: “Hi, Mrs. Doe. Is Johnny home?” Not so today, in the world of cell phones, texting, email, Facebook, and Twitter.

If you are a parent and don’t use or understand the new technologies, the American Academy of Pediatrics (AAP) has just issued a guideline saying that you probably should. More than half of teens connect to a social media site at least daily. Three-quarters have cell phones that they can use for social networking as well as texting. In a guideline published in March, the AAP makes the important (if obvious) point that today’s children are growing up on the Internet. Since children and adolescents now spend a great deal of time there, parents have good reasons to know what the place is like.

The Internet is both private (parents are often excluded) and immeasurably public. It’s the second half of this pair that has pediatricians and parents worried. The Internet is a new place for children to become vulnerable. They can be bullied or humiliated by peers. They may release private information and regret it later. Predators can exploit them. There are opportunities to become involved in sexual situations or relationships that are emotionally hurtful or dangerous.

But the AAP authors also underscore the value these social media tools have for kids. They socialize, learn, create, and grow. They can find social support from peers with common interests. They can get involved in their communities and strengthen their communication skills. Moreover, children can explore topics they might be too embarrassed to ask about in person—about sex, health, or any of the common and uncommon sources of childhood unhappiness.

The AAP authors suggest that pediatricians encourage parents to talk with their children about the following core issues: bullying, popularity, status, depression, social anxiety, risk-taking, and sexual development. This is an excellent list, because it is anchored in what we know about child and adolescent development rather than any perceived special influences of the social network.

Another good suggestion is that parents narrow the “participation gap.” Just as parents inform themselves about the schools their children attend, the activities they take part in, or the parties they go to, it makes sense for them to know about their children’s online communities and activities. The AAP urges parents to talk with their children rather than spy on them. Children are, after all, entitled to (and benefit from) a zone of privacy so they can develop a sense of autonomy and independence.

The guideline includes one recommendation that appears impractical or unrealistic—the “need for a family online-use plan” and “regular family meetings.” There is no evidence that the privileges and limits of Internet use are substantially different from, for example, rules around bedtime, doing homework, or watching TV. The authors appropriately advise against punitive responses, emphasizing instead teaching or modeling healthy behavior and good citizenship. These are values that are relevant to much of parenting.

We don’t (and perhaps never will) have evidence to determine whether children are more or less at risk in the digital age. My impression is that in many communities, today’s parents know a lot more about their children’s daily lives than did parents of earlier generations. The AAP has avoided the trap of inventing a special set of rules, developing instead a set of recommendations that fits into mainstream parenting.

And a word on children who refuse to “friend” you on Facebook: Adolescents did not begin keeping things from their parents only when the Internet was invented. Children and adolescents have always had plenty of ways to get into trouble. (I know. I was there.) This guideline succeeds because it builds upon well-understood parenting principles. It helps pediatricians give practical advice to parents who want to extend analog parenting into the digital world.