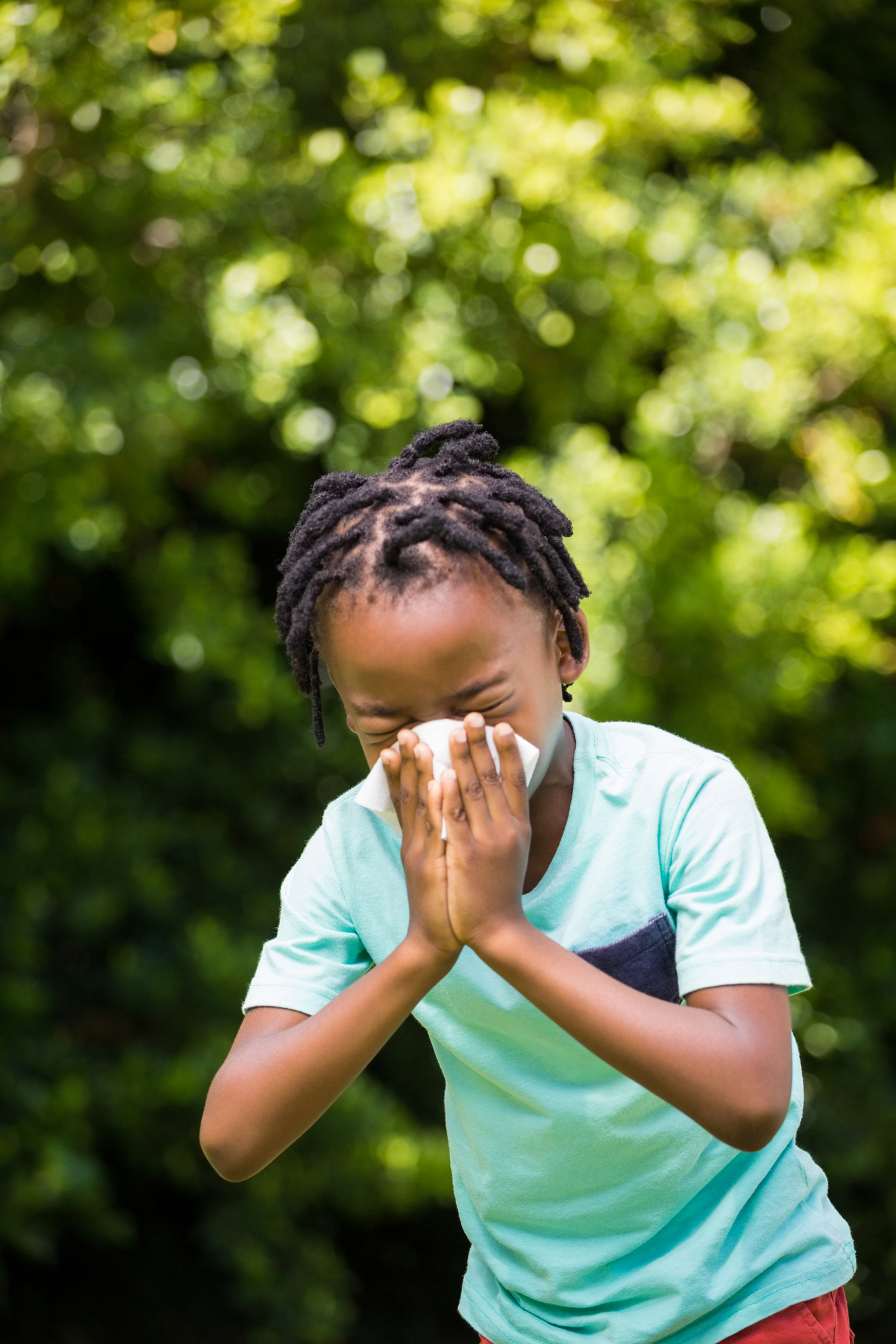 Seasonal allergies can be frustrating. When spring crawls in, many people begin to experience all-too-familiar itchy and watery eyes, runny nose, and congestion. Symptoms of seasonal allergies are the result of an immune system in overdrive in response to pollen and other allergens. Those bothersome symptoms are intended to protect you from unwanted foreign particles, but in this situation they end up causing misery. There are quite a few options when it comes to controlling allergy symptoms, but we want to watch out for a few that can be quite dangerous when used incorrectly.

The first-line treatment for seasonal allergies is an intranasal corticosteroid such as fluticasone propionate (Flonase). These sprays are available without a prescription and you can use them as-needed. Nasal steroid sprays have been shown to help with both nasal symptoms of runny nose and congestion, as well as eye symptoms. When using these sprays, it is important to direct the spray away from the nasal septum, as there have been some cases of nosebleeds from using these sprays. If this happens, stop using the medication and let your doctor know.

To date, most studies looking at the effect of intermittent use of nasal steroids on growth in children have been inconclusive. However, a large study reported a slight reduction in the rate of growth when nasal steroids were used daily over 52 weeks by children before puberty. Therefore, it’s a good idea to discuss steroid nasal sprays with your doctor if you find your child needs it on a more regular basis.

Antihistamines such as diphenhydramine (Benadryl), loratidine (Claritin), cetirizine (Zyrtec), and fexofenadine (Allegra) can also be quite helpful. The key is to take the medicine before symptoms develop, such as early in the morning. Another important thing to remember is that some of these medications can cause drowsiness and should be used cautiously during the day, especially if you are driving.

Nasal decongestant sprays such as phenylephrine and oxymetazoline (Afrin) should be used cautiously. Although they may work well in the short term when used occasionally, if used regularly for more than a few days (approximately five days), you may find your nose more congested than usual. This is called rebound congestion or rhinitis medicamentosa. I usually recommend patients not use these products for more than three days. Using these sprays too often causes a biochemical change in certain receptors on your cells, resulting in a vicious cycle of dependence — the more you use it, the worse your symptoms, and the more you need to use it. If this happens, stop using the medication, and talk to your doctor about switching to another type of nasal spray (intranasal glucocorticoid spray) which has been shown to help with this condition.

Oral decongestants such as pseudoephedrine or phenylephrine may help reduce symptoms as well. You should also use these medications cautiously. They mainly work by constricting blood vessels, and may cause side effects such as increased blood pressure, palpitations, headaches, nervousness, and irritability. These medications should not be used by patients with a history of uncontrolled high blood pressure, heart rhythm problems, strokes, glaucoma, or other conditions.

Other therapies that have been shown to be beneficial include nasal saline irrigation. Irrigating the nasal passages with prepared solutions, such as with neti pots, has been shown to improve symptoms of runny nose, congestion, and itchy throat, and to improve quality of sleep in children with acute sinusitis and allergic rhinitis. When using these products, however, make sure you are using distilled, sterilized, purified, or previously boiled water, as there have been rare cases of fatal infections by amoeba when using tap water that was contaminated. Although the evidence for menthol rubs such as Vicks is limited, some patients find that rubbing a little menthol ointment under the nose can sometimes also offer congestion relief.

Efficacy of Nasal Irrigation in the Treatment of Acute Sinusitis in Children. International Journal of Pediatric Otorhinolaryngology, 2009.