Is your cell phone dangerous to your health? 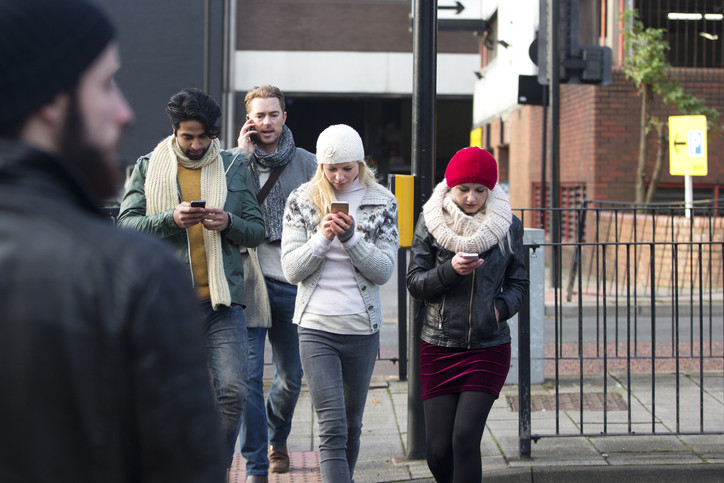 Have you ever been walking along while looking at your cell phone and nearly run into someone or something? If so, you’re not alone. It happens to me all the time. If I veer into another person’s path, I move aside, apologize, and promise myself I’ll be more careful. And then I return to whatever I was doing on my phone.

Maybe there’s a message in this I’m missing. That’s certainly the suggestion of a new study on head and neck injuries linked to cell phone use.

Which injuries are most likely — and where do they occur?

Using data from 100 hospitals in the US, researchers reviewed injuries to the head and neck related to cell phone use affecting more than 2,500 people over the last 20 years. Analysis of these injuries showed that:

If the experience of these hospitals is representative of the nation as a whole, it translates to an estimated 76,000 people suffering head and neck injuries related to cell phone use over the last two decades. Even though this number is large, it’s less than two injuries per 100,000 cell phone users each year.

No study is perfect

This study may be the first to provide details regarding the relationship between cell phone use and head and neck injuries. However, it had some significant limitations. Keep in mind that the study focused on head and neck injuries. People with multiple injuries or more serious injuries (such as a heart attack or an ankle fracture) might not have been included in the count. Individuals who sought care at their doctor’s office or urgent care centers would also be excluded from this study.

In addition, information about the circumstances of an injury can be incomplete. Embarrassment or concerns about legal liability might have discouraged some from disclosing information about cell phone use when their injury occurred. Finally, information about what happened after the emergency room visit was not reported, so this study provides no insight into the long-term impact or cost of these injuries.

Cell phones are amazing. They are an instant source of information, communication, and documentation. Health apps can encourage and track healthy behaviors. GPS tracking can help parents keep their kids safe. Phoning for help in an emergency can be lifesaving.

Yet there are clearly downsides to cell phone use: distracted driving leading to automobile accidents may be the most obvious example, but as this new research shows, other injuries can be linked to cell phone use as well. There are also concerns about possible connections between cell phone use and upper back and neck pain, as well as an increased cancer risk (an area of controversy and active research).

Perhaps cell phones should have warning labels about how to use them responsibly. Of course, this would likely just sound like common sense: put the phone away while driving, walking, running, or doing anything that requires your attention to avoid injury.

My guess is that short of legislation banning cell phone use in specific circumstances, or other major changes in our daily lives such as self-driving cars, injuries related to cell phone use will continue to rise. So, if you’re reading this post on your cell phone while walking or otherwise on the move, please put your phone away and watch where you’re going!