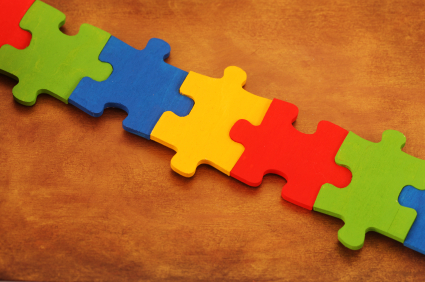 Attention deficit hyperactivity disorder (ADHD) and autism can look a lot alike. Children with either one can be very active and impulsive, and can have trouble focusing and interacting with other people. In fact, it can be hard to tell the difference between the two.

But telling the difference is very important.

Why does this matter? While there is a lot we don’t know about autism, one thing we do know is that the earlier treatment starts, the better the child does in the long run. While autism can be diagnosed as early as age 24 months, the median age for diagnosis is over 4 years. Every year the diagnosis is delayed is a year a child isn’t getting help — which can have lifelong ramifications. So to have the diagnosis delayed by three years — and delayed past those crucial early years — is a real tragedy.

It isn’t always easy for general pediatricians to diagnose autism in young children. It takes special training, and it takes time, something the average busy pediatrician doesn’t have. And given that the social aspects of autism may not be obvious before a child starts school, parents may not realize that their child has trouble socializing with others — and may not report it to the pediatrician. Given this, and given that most parents would rather hear that their child has ADHD than that he or she has autism, and therefore not push for further testing, it’s understandable how this happens.

Autism isn’t the only diagnosis that can look like ADHD. Children with learning disabilities, sleep disorders, hearing loss, and other problems are often misdiagnosed with ADHD.

So before settling on a diagnosis of ADHD, especially in a young child, parents should talk with their doctor about whether doing more testing would be a good idea. These are hard conversations to have, but they are important ones: they can make all the difference when it comes to getting a child the help he or she really needs.

For more information on autism and how to recognize it, check out the Act Early page on the website of the Centers for Disease Control and Prevention.