Heavy drinkers aren’t necessarily alcoholics, but may be “almost alcoholics” 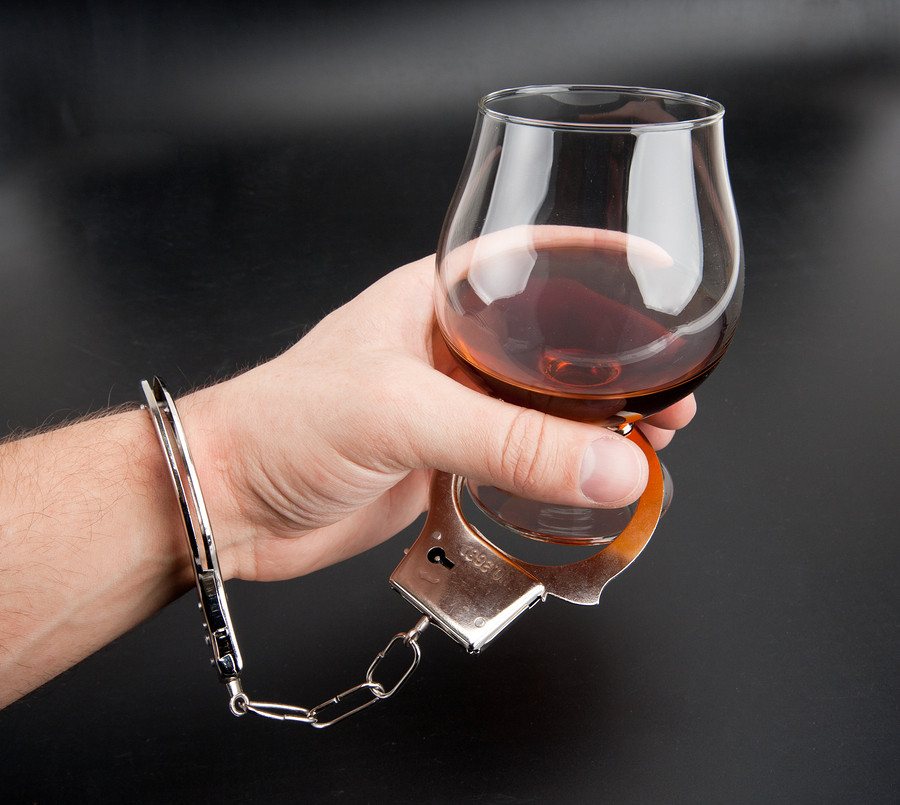 Nearly one-third of American adults are “excessive” drinkers, but only 10% of them have alcohol use disorder (alcoholism). Those numbers, published yesterday in a national survey, shine a new light on alcohol consumption in America.

“This study shows that, contrary to popular opinion, most people who drink too much are not alcohol dependent or alcoholics,” said Dr. Robert Brewer, Alcohol Program Lead at the Centers for Disease Control and Prevention (CDC) and one of the report’s authors, in a press release.

Alcoholism, now formally known as alcohol use disorder, is a medical condition that applies to individuals who have strong cravings for alcohol, can’t control their drinking, show withdrawal symptoms if they stop drinking, and continue to drink despite health or other alcohol-related problems.

The new study, done by researchers with the CDC and the Substance Abuse and Mental Health Service Administration, found that about 70% of all American adults drink alcohol at least now and then, about 30% report excessive drinking, and 3.5% have alcohol use disorder. It is higher among heavy drinkers (10%) and binge drinkers, ranging from 4% among those who report binge drinking once or twice a month to 30% among those who binge drink 10 times or more in a month.

The knowledge that only 10% of heavy drinkers are alcoholic may be reassuring, but that doesn’t mean the other 90% aren’t have problems with drinking. I spoke with Joseph Nowinski, PhD, coauthor of Almost Alcoholic. In the book, Nowinski, a clinical psychologist in private practice, and coauthor Robert Doyle, MD, a psychiatrist at Harvard-affiliated Massachusetts General Hospital, describe how drinking negatively affects up to one third of drinkers who aren’t classified as having alcohol use disorder.

“There are many people in the almost alcoholic zone who are having alcohol-related problems with their health, their relationships and social lives, and even their work, but who don’t connect the dots between these problems and their drinking,” says Nowinski. “These people dismiss the possibility of being an alcoholic—and they truly don’t qualify under current definitions—but may need to take a step back to look at how drinking is affecting their lives.”

You can find out where you fall on the by taking the Where Do You Fit in the Drinking World? quiz that Nowinski and Doyle developed for their book. If your score is 9 or above, the suggestions and solutions in Almost Alcoholic may be helpful.

A drink a day, especially with a meal, has been linked to lower risks for heart disease, diabetes, and a host of other conditions. But seven drinks in a day can lead to an inflammatory response that tips health in the other direction.

“This may be important as we approach the holiday season and festivities invite heavier alcohol consumption,” says Doyle.

it is in the European Union and I also refuse therapeutic physical outrage of my person by my father Herbert Otto Altar and my libido, oestrus and female system monitoring by my mother and the parish priest and the Santarém public and I am a South American citizen if you please

these creatures seem to be in Assacaias, Santarém, Portugal and I cannot take the visual defilement risk of local authorities to call them the emergency have not seen anything but there were yells about it

i think the worst effects of drinking is how much you smoke i swapped to an e-cigarette and found them brilliant after a night drinking the morning after was not half as bad give it a go .

I really appreciate all the comments above and I strongly support the personal suggestions & experiences mentioned. I would like to thank Mr. Patrick and all the commenter for the writing.

two years later, I’m immeasurably different. I have grown as a person, a student, a leader. I am so very grateful for all that Case has given me. I’m sure that in two years, you’ll be able to say the same. So here is my advice to you, class of 2015. I hope that you can take something away from it that will make the months to come that much easier, more fun, and more meaningful.and finally i stopped alcoholism.
thanks for the article.

Greetings! Very useful advice within post! Is is the little changes that will make the most important changes. Many thanks for sharing.!

When drinking interferes with your work, you have a problem. But when work interferes with your drinking, your an alcoholic. Almost only counts in horseshoes and hand grenades. I’m not trying to put anyone down here but how many of these so called experts who do these studies are alcoholics? You can read any book in the world, talk to every alcoholic in the country and study till the cows come home. But if you are not an alcoholic, you do not know what an alcoholic is, how they feel or what it’s like. I’ve been an alcoholic for 40 of my 61 years and trust me; there is no “almost; you either an alcoholic or your not.

If you drink a lot and it causes difficulties you could be a problem drinker. If you drink all night every night and also in the daytime and you are dt after drinking or dt during drinking you are an alcoholic and need detox / aa.

Ok, but what exactly means “fourteen drinks” a week? For someone in Eastern Europe or Siberia might mean half a bottle each day of week.

Alcohol is a major trigger for headaches – anyone that has ever suffered from a hangover can attest to this. Although the result is a lack of hydration, the symptoms and feel is the same.

No doubt,mostly people are addicted to alcohol.Keep it up for awareness.Thanks for sharing this post.

I think that has been slightly edged off from by modern Mongolians who drank in order to be not responsible for not fighting the criminals they thought they saw in their 20th century rule, I do not drink no matter what, drink for Havdallah, or if it is in a feast, but today given the horrible strong toxic beams on my home aimed virtually maliciously at my vital reproductive parts with which I have never even practiced coitus and once I saw that one of the pair vital organs for the extension of my precious lineage with scientifically proven genetics deriving from and associated with mt DNA shared by both Jews and Mongols in their maternal line it has been going on for over 36 hours here in Assacaias near Portugal and penetrates the wall and may be associated to elements associated to the Chinese embassy in Lisbon with their population which I suspect does not meet the status of humanity and may be associated to a criminal eardrum low sound technology with which that psychopathic resuscitation of my father Herbert Otto Altar keep calumniating me, and harassing me, molesting me, claiming no knowledge of the woman´s vital reproductive body I need urgently that the Portuguese authorities be made to stop this as it is even on online pages viewable to them and two veterinarians Ana Paula Silva Pereira known in the USA and Tamara Qabazard or she has a new surname in case she has married who is related to me and who is indecently impudent. They are ruining me. I possibly even have been intoxicated by mouth, I had a heart and brain stoppage at five in the morning over a week ago and have bad medium allergy rashes which develope soon into life-threatening acute allergy and also am pursued in Santarém, Portugal town by persons who spread such substances, I am not sure my mother does not spread something from her fingers, and also abuses me physically intimately to feign insanity because of her interest in inheriting my CD possibility and my father Herbert Otto Altar who may have a better version in China which is capital accused for being the owner of his means with Cook county registration of a civil suit is the local version demanding back and threatening my life otherwise with including physical intimate outrage and poisons and I may have even be poisoned by mouth qnd there appears to be Chinese involvement even possibly from the Lisbon embassy-known or linked individuals and of a Chen family in Santarém who may have known one Denean Ryan, jurist of Boston, MA and former South Boston Savings Bank employee and of European Muslims not necessarily from the Balkans and friends of theirs, I need this to be stopped urgently by for instance public censure of Chinese embassies worldwide, and negation of treatment to Muslim patients.

thankful for blog mainly . present generation is addicted to alcohol.
alcohol & drug addiction is dangerous in this present world . t escape people from it . bring social awareness from it

I do believe, that modern college students qualify as “almost alcoholics”. Although most students may not show symptoms of real alcoholics, they consume alcohol on regular basis. Doesn’t this regularity make young people susceptible to dangers of alcoholism, even more than people who drink more, but not so often and evenly?

I have gone through your blog “Heavy drinkers aren’t necessarily alcoholics, but may be “almost alcoholics” ” this is such a good topic. I really enjoyed a lot and the blog is really very interesting.

I have seen the true effects of alcoholism first hand. I saw someone at the bus stop the other day in the snow drinking Listerine.

Right after they released him from the hospital.